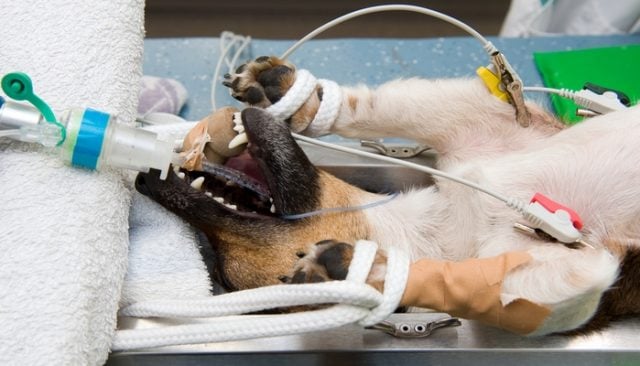 The marvels of technology have once again risen to new, albeit “scary” heights with the invention of a totally synthetic cadaver canine. Alberta the creepy canine lies patiently and quietly still while veterinarian students practice grueling surgeries on him/her.

This hairless, and somewhat skinless, patient is made completely from synthetic polymers that consist of a recipe of water, salt, fiber and other compounds. This life-like combo can simulate a vast range of tissues from fat, muscle, organs, veins, skin and bones. And it even bleeds!

Dr. Christopher Sakezles, is the founder of SynDaver Labs where these stand-in dogs are made. He feels his invention of a fake patient is far more valuable than using euthanized dogs, not only because the animal was once alive, but because the cadavers must be frozen in order to preserve the body. Once this occurs, he says the tissues don't feel the same, nor does the body perform in the same manner.

Sakezles is also responsible for making human cadavers from the same process, so why not take the formula and put it into the veterinary field? However, the process is not cheap. To make just one doggy dummy it costs about $28,000!

To raise the capital he needed to get these “patients” into production, Sakeles made an appearance on the Shark Tank television series. 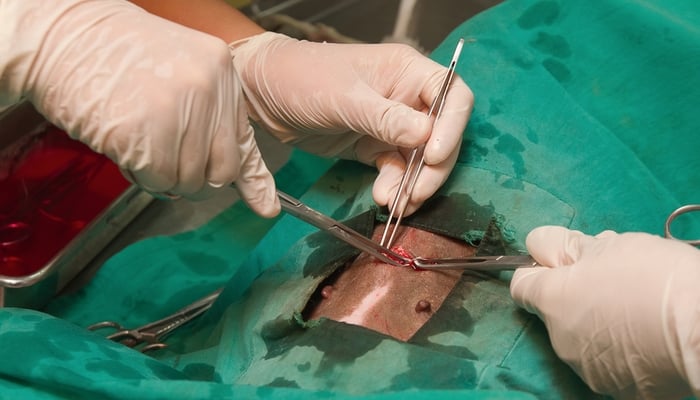 Here he successfully enticed one of the investors to give him $3 million in exchange for 25% of the company. Unfortunately, the deal has since fallen through, but Sakezles was able to raise $10 million on his own. That still isn't enough money, and he is still seeking another $24 million in a crowdfunding campaign.

RELATED ARTICLE: Op-Ed: Canine Genetics – How to Make a Dog

The invention of these cadavers are truly a valuable learning experience for all who are privileged enough to work on one. The fake canine not only simulates a functioning body, complete with a heartbeat, circulatory system and lungs that inflate and deflate, but the skin is chilly and the organs are clammy to the touch.

In addition, they can also add in specific diseases to the fake bodies and even incidences like marbles in the intestines or a swallowed sock stuck in the stomach. These full-size dummies can be operated on from 35 to 40 times and can be replaced or fitted with new and interesting ailments.

The University of Florida's College of Veterinary Medicine has already placed an order for 25 canines and the company knows this will only be one order in a long list to come. Once these synthesized canines become profitable, Sakezles plans on making a cat in the same manner.

This is truly a huge step for the veterinary practice. Keeping animals out of the experimental world is what we animal activists have been fighting for all these years. It's nice to see that technology and all that has been learned over the years can now be put into saving the lives of our furry friends, not just for throwing them away in the name of science.