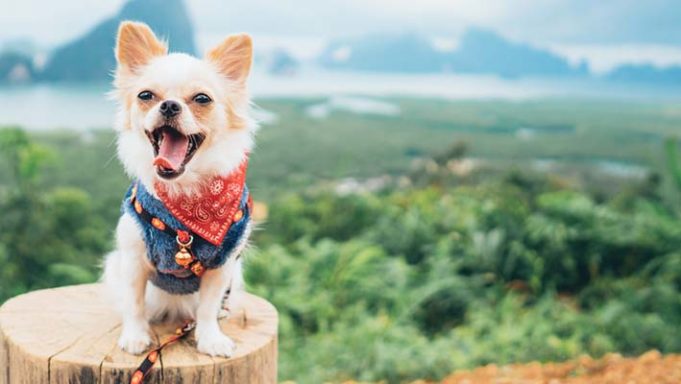 Scientists have made advances in the study of the Chiari malformation and Syringomyelia brain disorder found in toy dog breeds.

Researchers at the University Of Surrey School Of Veterinary Medicine have continued to build on their own specialized work around these disorders, in collaboration with neurologists and geneticists at Fitzpatrick Referrals, Helsinki University and the University of Montreal. The team developed two separate studies to look at these painful conditions in dogs; the results of the studies were published in PLOS ONE.

About Chiari Malformation and Syringomyelia

Chiari malformation occurs when bones in the skull fuse abnormally, and therefore alter the flow of cerebrospinal fluid. This fluid surrounds the brain and spinal cord, and acts as a cushion against blows or shock.

The abnormal flow produced by this malformation results in a collection of fluid pockets within the spinal cord; these pockets are called Syringomyelia. Over time, this can cause permanent damage to a dog’s spinal cord.

Symptoms of these conditions in dogs include neck pain, head pressing, air scratching, head tilting, fainting, dizziness, trouble walking, and issues with the eyes such as rapid movement or the eyes facing two different directions.

Diagnosis is possible with an MRI scan of the brain and spinal cord.

The first study looked specifically at how the Chiari malformation affects the Cavalier King Charles Spaniel.

Using an MRI mapping technique, researchers examined sections of dogs’ skulls, brains, and vertebrae in great detail. They were then able to create a movie clip which chronicled the development of the malformation.

Upon examining this movie clip, scientists were able to observe how this premature fusion of bones causes compression of the dog’s brain. These fusions also occur at the front of the skull, which creates the flat, doll-like facial traits which are desirable in this breed.

Study two took a look at those characteristics which increase the risk of Syringomyelia in not only the Cavalier King Charles Spaniel, but the Chihuahua and the Affenpinscher dog breeds as well.

Using a similar movie clip technique as the first study, researchers determined that there is a skull and neck structure which increases the risk for these disorders. Though all 3 breeds shared the general structure, the details of the formations were subtly different in each breed.

But all 3 breeds were found to have a smaller hind skull – this alters the angle which should exist between the skull base and its neighboring bones.

Progress At A Crucial Time

According to Dr. Clare Rusbridge of the University of Surrey, the popularity of these toy breeds is on the rise. Because there is an increased demand for the cute head shapes and characteristics which are actually caused by these painful disorders, we are now seeing more and more dogs with the Chiari malformation and Syringomyelia than ever before.

Treatment of the Chiari malformation is usually either long-term medication or invasive surgery.

Thanks to the innovative technology used in these two studies, veterinarians can now more quickly identify these disorders in dogs and hopefully treat them before the conditions become too painful or deadly.