Dogs are an integral part in many of our lives. Using dogs to help us in the battle of cancer is an exciting prospect. Dogs can detect cancers early with their noses. As veterinarians treat cancer in our dogs, we can learn more about how to treat cancer in humans. Scientists can study the genes of dogs and get valuable information about the potential origins of cancer.

Cancer is terrible disease that affects a large part of the human and canine population in one way or another. While some people and dogs will struggle to fight the disease on their own, others will have to watch the people and animals they love fight for their lives.

While it is extremely unfortunate that our canine companions have to suffer through this disease alongside humans, studying cancer in dogs is helping human researchers understand more about how to treat the disease in both species – canines and humans. So let's talk about this, and see what else is out there for us and dogs in the future.

Dogs in Science
How Our Pets Help Us Battle Cancer 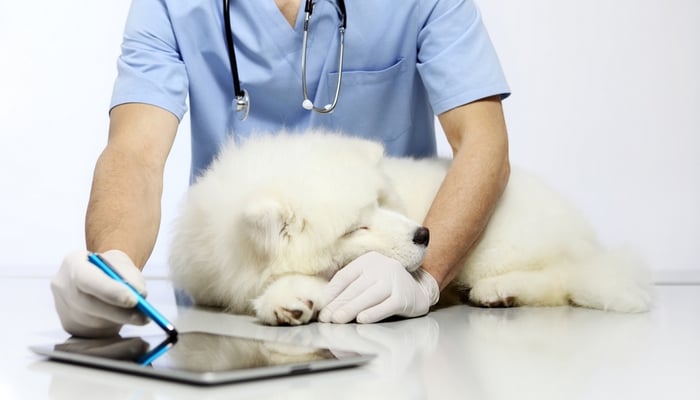 Cancer is the name used for a collection of related diseases. All types of cancer involve some cells in your body cells that divide – and don’t stop – then they can spread into nearby tissues. It is perfectly normal for cells to grow and divide and form new cells, but the old cells (or damaged cells) should die and be replaced with new cells.

When cancer develops, the old or damaged cells do not die, and new cells form even if they are not needed. The extra cells can continue to divide, developing tumors. Healthy cells do not grow out of control. When cancer cells spread to other parts of the body, the tumor is said to have metastasized.

Cancer is genetic and can be inherited from our parents or be the result of damage to our DNA from things we encounter in our environment (cigarette smoke, radiation, or ultraviolet rays from the sun).

RELATED: How Dogs Are Helping In the Fight Against Cancer 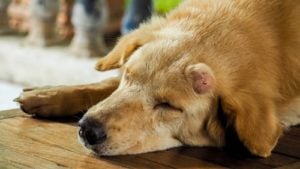 Animals have long been used to help study diseases in humans. Mice have been used as the primary model for studying hereditary diseases because their biological, genetic, and behavior characteristics are very similar to humans.

Additionally, scientists can replicate human symptoms and illness in mice to study the disease, and investigate different treatments.

Each year 1.66 million people and 4.2 million dogs are diagnosed with cancer.

Comparative oncology is the study of cancer risk and tumor growth across species. Human medicine and veterinary medicine can combine their findings and get a quicker understanding of the origins of cancer and develop treatments to benefit humans and dogs.

The National Cancer Institute has a registry called the Surveillance, Epidemiology, and End Results (SEER). This registry collects information on prevalence, incidence, and survival of cancer from different geographical regions around the United States. Until recently, there was no such registry for veterinary science.

Purebred dogs are emerging as more robust models to study human diseases because:

RELATED: Science on Pros and Cons of Neutering or Spaying Your Dog

Dogs Help With Understanding of Cancer

We, as pet owners, are motivated to try to cure our dogs from diseases, which offers scientists and doctors a way to study the conditions more carefully.

By far, the biggest advantage to using dogs to help study human cancer is that dog breeds are afflicted with around 450 naturally occurring hereditary diseases – half of those diseases are very similar to the corresponding diseases in humans.

Mice are (and probably always will be) a fundamental resource for the study of human genetic diseases. However, many of the mice used are genetically altered and can’t be used to examine every disease. Inducing a disease in a mouse is NOT the same as a naturally occurring disease.

Therefore, dogs are a more suitable model for studying cancer in humans than mice are.

Dogs who live with humans may not respond in the exact same way as people do to stresses. But, sharing the same environment is advantageous when studying environmental factors (over a mouse who lives in a laboratory setting).

Human cancers and cancer in dogs are spontaneous. The symptoms and clinical presentations are often very similar to humans. The natural progression of cancer in dogs is nearly identical to humans and is more correlated than induced types of cancer (in mice).

Genetic analysis (DNA sequence and gene expression) of tumors has shown there are features that dog and human tumors share – which provides insight into the genetic beginnings of tumor growth.

Dogs are valuable in cancer research because they naturally develop the same types of cancers as humans, according to research. These include:

…as well as many other cancers and cancer related diseases.

READ THIS: 8 Cancer-Causing Dog Products (And How To Avoid Them)

Each breed has been selectively bred and only exhibits a distinct phenotype (observable traits). Kennel clubs in the USA and Europe have strict rules about what dogs are allowed to become members. This highly selective process that breeders have imposed has resulted in an excess of inherited diseases we now see in domesticated dogs.

Arguably, that is unfortunate for the dogs. But, it benefits humans because we can now identify genes that have been hard to find by studying human families and human populations (which are much larger and more diverse).

The life of a dog is much shorter than that of a human. Cancer research times, to study disease progression and how well treatments work, are considerably shortened using dogs as models. A study in dogs may only take 2-3 years while the same study in humans may take 10-15 years. 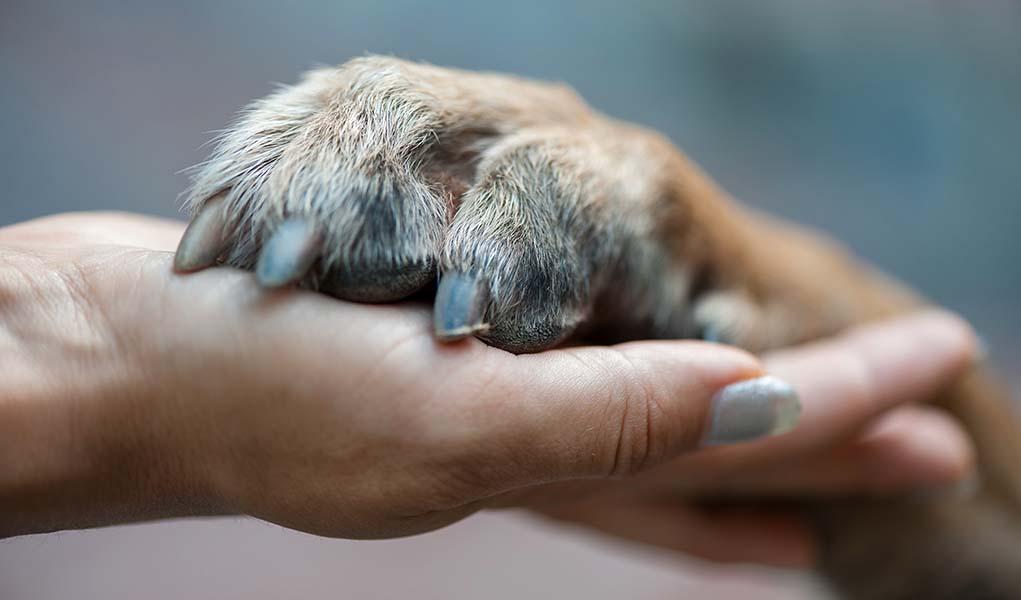 Veterinary specialty care is on the rise – there are now board-certified veterinary oncologists in the United States. These doctors study for four more years after finishing veterinary school to earn this certification. Within the specialty practices, CT scans, MRIs, along with tissue studies can now be done.

The pets who receive chemotherapy (same regimen as humans) respond well. Surgery that focuses on removing cancerous tumors in dogs (and cats) is on the rise as well.

Some facilities even offer radiation to dogs and cats. These advances are important because they allow veterinarians to monitor how well the treatments work – and can serve as models for treatments in humans.

Recently studies have been done that show dogs have the ability to smell the difference between samples (urine, breath, stool) from patients with cancer and samples from patients that don’t have cancer. It appears that what the dogs able to detect are Volatile Organic Compounds (VOCs) given off by cancer cells.

VOCs can quickly change from a liquid to gas at room temperature – they evaporate. Because dogs have very sensitive noses, they can detect the VOCs before they are gone. Conventional urine tests may take too long, allowing the compounds to evaporate before they can be detected. 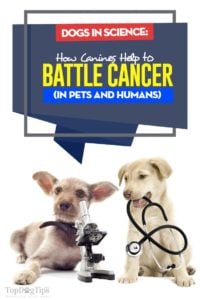 Dogs have the ability to identify the following types of cancer accurately by smell alone:

While some argue that it isn't clear what the dogs are reacting to – the prospects for using dogs to detect cancer is exciting. It can result in early diagnosis and early treatments. Using dogs also is non-invasive, economical, and simple.

READ NEXT: 14 Scientifically Proven Cases Where Dogs Are Better Than Doctors