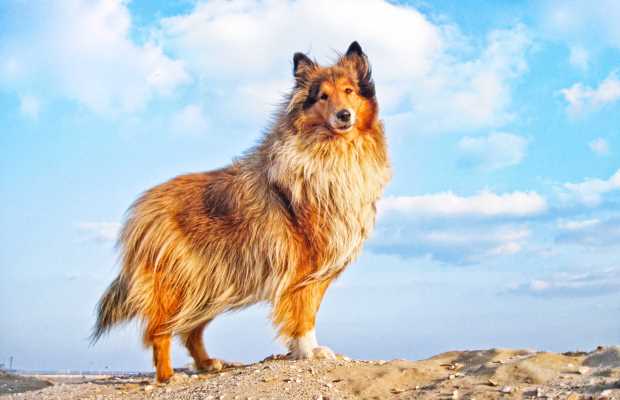 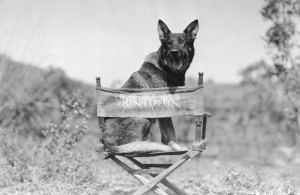 Rin Tin Tin was a household name for many families in the age of silent film, and rightfully so.

The famous German Shepherd was America’s first and most famous canine movie star after he was rescued from the trenches of World War I and starred in 25 movies in his lifetime, from The Man from Hell’s River in 1922 to The Lightning Warrior in 1931. Many dogs after him went on to take Rin Tin Tin's name and try to continue his legacy, both in real life and in film, television, and books.

Rin Tin Tin is one of the reasons for the German Shepherds' popularity in the United States and this dog breed's fame continues to this day. EVen recently in October of 2011, Rin Tin Tin was offered the first ever Hero Dog Legacy Award at the first annual American Humane Association Hero Dog Awards.

The Rin Tin Tin legacy continues in the form of Rin Tin Tin XII, who accepted the award on behalf of, and in the memory of the original Rin Tin Tin. 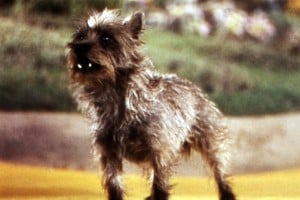 Terry the Terrier on IMDb

Terry the Terrier starred in 16 different movies in her lifetime, but her most famous role will always be that of Toto in the Wizard of Oz (1939). She also appeared alongside Shirley Temple in Bright Eyes as the character named Rags.

RELATED: How to get your dog into movies

Terry, whose name was officially changed to Toto after the release of the Wizard of Oz, did all of her own stunts, even surviving near-deadly injuries for the sake of filming. The little black Cairn Terrier lived to be eleven years old and had a memorial erected to her in 2011 at the Hollywood Forever Cemetery. 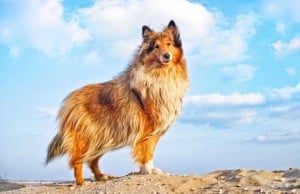 Like Terry, you may know this dog better by his most famous role of Lassie the Rough Collie.

“It hit him very hard when Pal died. He buried him in a special place on the ranch and would often visit the grave. Dad would never again watch an MGM Lassie movie. He just couldn't bear to see Pal. He didn't want to have to be reminded of just how much he loved that dog,” notes Stacy Conradt, author of the article on Mental Floss.

Pal starred in seven different Lassie films and portrayed Lassie in the two pilot episodes of the television series before he had to retire in 1954. The Saturday Evening Post was quoted as saying that Pal had “the most spectacular canine career in film history.” 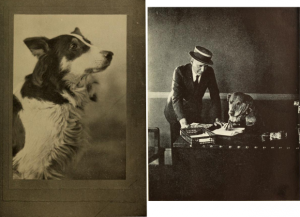 Before even Rin Tin Tin was around, Jean, the Border collie, was acting in silent films.

Jean the Vitagraph Dog on IMDb

She was America’s first official canine actor, preceded worldwide only by an English dog named Blair, and the first to have her name in the titles of her movies and shorts.

“Jean was perfectly suited to be a silent actor dog. She was a border collie dressed in soft tendrils of flowing hair. Her coat’s rich, dark markings were the ideal costume for an actor dog on the silver screen,” says the article on Famous Pets. 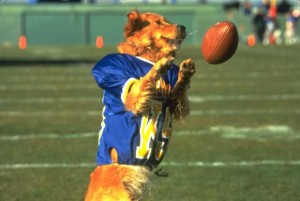 Buddy began life as a stray dog and left life as a memorable movie and TV star, though he only acted in two movie productions in his lifetime.

As a canine movie actor, he starred in his own film called Air Bud (1997), for which he was nominated for Nickelodeon’s Kids’ Choice Awards in 1998.

“Buddy’s death Tuesday came six months after the golden retriever had his leg amputated because of synovial cell sarcoma, a rare form of cancer. He died in his sleep at his San Diego home,” says the report on The Epoch Times.

However, before Buddy became a dog movie star, he played Comet for the 1980s and 1990s popular show Full House for six of its eight seasons. His first appearances ever were on America’s Funniest Home Videos and the Late Night show with David Letterman, where Buddy performed the basketball dunking techniques that would later earn him his role in Air Bud. 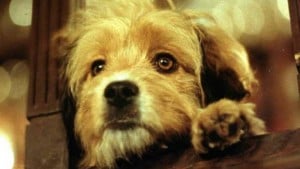 This dog was found in Burbank's Animal Shelter as a puppy by an animal behaviorist Frank Inn, who later trained him into a dog movie star.

Higgins was the canine film star of the 1960s and 1970s. He was most famous for his roles in the movie Benji and in six of the seven seasons of the TV sitcom Petticoat Junction, which led to him having guest appearances on the Beverly Hillbillies and Green Acres.

“His trainer, who had trained thousands of animals over his long career, noted that Higgins was able to learn a new routine or trick every week, and he could even remember them for years! Because of the dog’s incredible memory, Inn was able to combine tricks so that Higgins could do increasingly complex stunts,” Langley Cornwell writes about the famous dog.

Higgins' dog trainer considered this canine film star to be the smartest dog he had ever worked with because he was able to train Higgins to convey a multitude of emotions through facial expressions only.

Moose became well known for his ability to fix Kelsey Grammer with a long hard stare, which later became a running joke on the popular show Frasier.

Enzo on IMDb | Moose on IMDb

Moose and Enzo were a father and son team of Jack Russell terriers who starred in the 2000 movie My Dog Skip, with Enzo playing the main role and Moose playing Skip’s older version.

“For a couple of years Enzo was doing all the fast-action, jumping up and down, retrieving or running moves. Anything that I thought was becoming a little too strenuous for Moose. Also, Enzo has teeth and Moose doesn’t, a problem that occurred from his chewing difficulties since he was a puppy,” explains dog trainer Mathilde de Cagny.

Before My Dog Skip, Moose starred in many TV shows, most notably the sitcom Frasier. Enzo took Moose’s place on the show when Moose had to retire from it, having been bred specifically for that movie role. 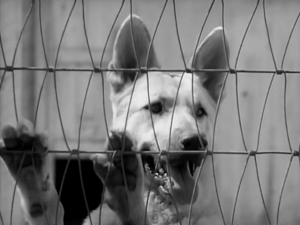 Ace the Wonder Dog was considered to be RKO Picture’s answer to the success of Warner Brothers’ Rin Tin Tin until he began to work for Columbia Pictures.

Ace the Wonder Dog on IMDb

Ace the Wonder Dog was also a German Shepherd and starred in over 15 movies, from the Blind Alibi in 1938 to God’s Country in 1946, including his most notable role as Devil, the sidekick of the crime fighter named the Phantom, in the 1943 film serial of the same name, which ran for fifteen episodes.

Ace the Wonder Dog became a popular canine movie star, and he also played Rusty in the first of the Adventures of Rusty film series, though he was unable to reprise the role in the seven movies that followed. He was also one of the inspirations for a crime-fighting dog character in DC Comics. 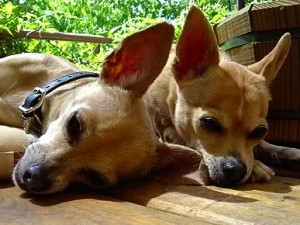 A team of Chihuahuas that always loved being on set, and were always treated like the celebrities that they were.

Moonie on IMDb | Gidget on Wikipedia

“When I first brought Moonie home to prep for “Legally Blonde,” the two of them had the cutest little interaction, jumping around and bowing as they greeted each other. This became a standard greeting pretty much anytime they saw each other after being apart for a while,” says Veteran Hollywood dog trainer Sue Chipperton.

READ NEXT: 30 Most Popular Dog Breeds That Are Famous All Over the World