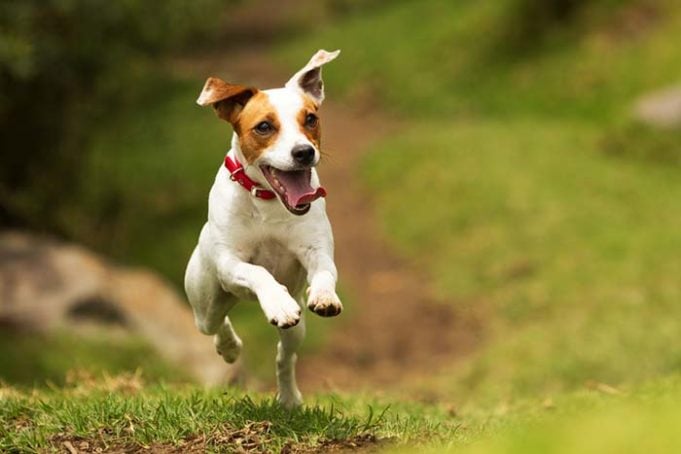 Scientists can now look at the blood count of hyperactive and impulsive dogs to determine whether or not they have canine ADHD.

Researchers at the University of Helsinki and the Folkhälsan Research Center have discovered a direct link between the blood metabolites in hyperactive dogs vs. non-hyperactive dogs. The results of the study were published in the Behavioral and Brain Functions journal.

The research team, led by Professor Hannes Lohi, took a look at German shepherds, and some components of their blood. Specifically, they looked at phospholipids; it was found that tryptophan levels differed in hyperactive dogs.

Overall, it was determined that there is a direct link between hyperactivity and decreased blood phospholipid levels.

What is Canine ADHD?

Canine ADHD is most commonly characterized by hyperactivity, impulsivity, general fearfulness, and sensitivity to noise.  These behaviors can have negative impacts on the dog and owner alike.

According to Professor Lohi, these behavioral disorders can develop due to both hereditary nad environmental factors. Because of this combination, studying them becomes a challenge.

But metabolomics – the study of metabolism – is now providing science with new answers as to which biological issues might be causing these behavioral disorders.

At this time, metabolomics research in dogs is not commonly performed; the point of this study was to put researchers on a path toward new approaches of attaining information on the metabolic abnormalities which may be underpinning canine disorders like ADHD.

The Role of Intestinal Health 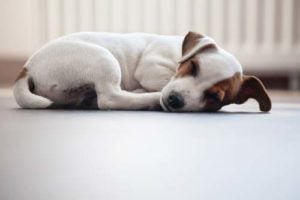 A particular point of interest to researchers was the negative correlation existing between hyperactive behavior and the levels of tryptophan found in the blood. Tryptophan is a vital amino acid which is produced when the intestines process and break down food.

Tryptophan is well-known for being the component in turkey which makes us tired after we eat it on Thanksgiving. In humans, some behavior and mental instabilities are observed to occur when tryptophan levels are low; supplements have been proven to improve disagreeable tendencies in these people.

This suggests that there is a difference in the gut bacteria of hyperactive and normally behaved dogs. This is very significant, because recent discoveries made in science indicate a connection between gut biology and behavior in both people and dogs.

The dog’s gender, age, and fasting had little impact on the link found between metabolites and behavior. Researchers also controlled for dietary changes by making sure all dogs were eating the same food for two weeks before testing began.

Though scientists know that intestinal health influences behavior and mood, they also know that in the reverse, a stress reaction in the brain can have a negative impact on the gut microbiome.

At this time, scientists can’t be sure whether the discovery of the tryptophan level’s correlation with hyperactivity is a cause of it, or a consequence of it.

Earlier, Lohi’s team conducted a study of the metabolomics of fearful dogs; this study revealed differences between the blood counts of fearless and fearful canines. The findings were only pilot-stage, so no definitive conclusions have yet been reached.

The research group has paired with the company Genoscoper to launch extensive collections of samples they’d like to test for metabolomics; if it succeeds, this system could be used as a significant tool to speed up research linking genes to behavioral issues.

This study is just one of a few which seek to determine the hereditary, environmental and metabolic changes relating to behavioral disorders. The hope is to eventually map these to similar illnesses and disorders in humans.