It's no secret that the dog food company and pet industry have grown tremendously over the last 10 years. Pet Food Manufacturers know that pet owners are spending more money than ever on their canine companions.

Dog food is a large part of that expense.

The biggest pet food manufacturers in the US are working overtime to meet the demand for pet food that is safe, healthy, and affordable.

According to the American Pet Products Association, $66.75 billion was spent on pets in the United States last year. $31+ billion of that was spent on pet food alone (source)!

That means that more than 1/3 of the total amount spent on pets in the United States last year was spent on food for our animal companions.

And that's just in the U.S! Imagine what those numbers look like for every country in the world.

I know I mentioned that these numbers have drastically increased in recent years, but let me put that into perspective for you.

If we use 2017 as a guide and estimate that 1/3 of those figures were used to buy pet food, that would mean that $12.8 billion and $7 billion were spent on pet food respectively.

1996 was 21 years ago. That means that in just 21 years, pet owners in the U.S. increased their spending on pet food by more than $21 billion dollars!

That's more than a $1 billion dollar increase each year!

With that said, let's see who is profiting the most in the pet food industry.

We're going to take a look at the biggest pet food manufacturers in the U.S. and what drives consumers to purchase their products.

Mars Petcare has been named the world's leading pet food company since 2014.

Its parent company, Mars Inc., is the seventh-largest private company in the US, and together Mars rakes in annual sales exceeding a massive $33 billion.

Its high number of sales isn’t surprising once you look at the brands' Mars manufacturers, some of which are household pet food names.

Nestlé has long been a leader in the US market and operates pet food factories on every continent and in 19 countries, making them not just one of the biggest manufacturers in the US, but the world. 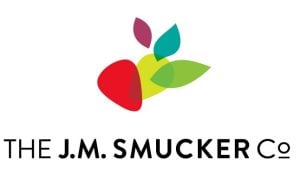 And a strong presence in premium pet food and pet snacks.

You and your pets probably recognize a number of these pet treat names.

This makes them one of the major players in the pet food aisle in any U.S. grocery store.

Hill’s takes pride in being supported directly by vets the world over and is the leader when it comes to vet-approved and sold food brands.

The brands you might recognize from Hill’s include Science Diet, Prescription Diet, Ideal Balance,

and Healthy Advantage. They're often some of the most vets' recommended dog foods around. 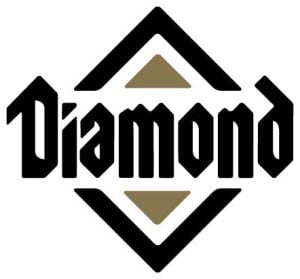 The family-owned and privately held company’s headquarters are located in Missouri and manufactures in South Carolina and California and overseas in France. 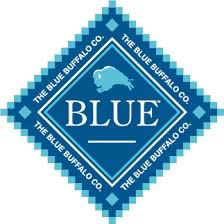 Blue Buffalo claims to be the fastest-growing major pet food company in the US, at the top of the Wholesome Natural market segment.

Currently, they command about 6 percent of the US pet food market.

The company controls over a dozen pet care brands with a global reach.

With the addition of Proctor & Gamble and Salix Animal Health, Spectrum achieved a 25 percent jump in sales in 2015, which now approach $1 billion annually.

Other brands included in the Spectrum family are Dingo, Wild Harvest, One Earth, Ecotrition, Healthy Hide, Digest-eeze, 8 in 1, Birdola, Pro-Sense, and Kookamunga to name a few.

The company grew again in January 2016 with the acquisition of Sojo's, a US-based maker of raw pet food and gourmet treats.

WellPet was formed in January 2009 with the merger of two old-guard pet food companies – Old Mother Hubbard (which claims roots back to 1926 in Gloucester, Massachusetts) and Eagle Pack Pet Foods (which dates back to 1970).

Both companies had pioneered innovations in natural and holistic pet food products.

Sunshine Mills manufactures and markets products under its own brands and private labels.

Sunshine is a family-owned business that sells its products in us and more than 30 other countries worldwide.

Merrick Pet Care was one of the industry's fastest-growing natural and organic specialty pet food producers.

It offers a wide variety of dry and wet foods, as well as treats, using ingredients sourced solely from the US.

The products are available nationally at independent pet specialty stores, Petco, and online via select retailers.

Ainsworth Pet Nutrition has employed a diverse strategy to grow from a regional manufacturer to have a national presence.

Ainsworth's partnership with Rachel Ray brought with it a celebrity appeal.

The privately-owned company, founded in 1933, has virtually doubled its sales in the last decade.

Their state-of-the-art manufacturing facilities have a combined annual capacity of 250 million pounds of dry kibble.

Nature's Variety is a natural pet food company and is widely considered a leader in the raw foods segment.

Nature's Variety sales have increased by 30 percent a year since 2010 as the raw foods market has grown.

Brands under the Nature’s Valley umbrella include Instinct, Prairie, Sweet Spots, and Pride. 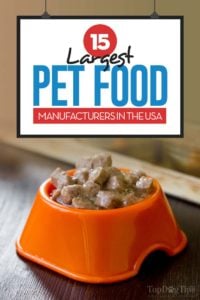 Overall, the pet food manufacturers topping the game own cheaper brands available in most supermarkets and pet stores not just across the United States, but globally.

Pedigree, Cesar, and Bakers are among the brands owned by the top two manufacturers in the US and are considered dog food that is widely available and affordable.

Pet food manufacturers that are still in the top 15 dog food company but further away from Mars Petcare Inc, tend to be more specialized foods, leaning towards raw, natural, and organic ingredients.

Overall, just looking at the top 15 and how their pet feeder factories have grown, the pet food manufacturing business is an exciting industry bringing in new pet food products which are innovative and on a mission to become more eco-friendly and healthy.