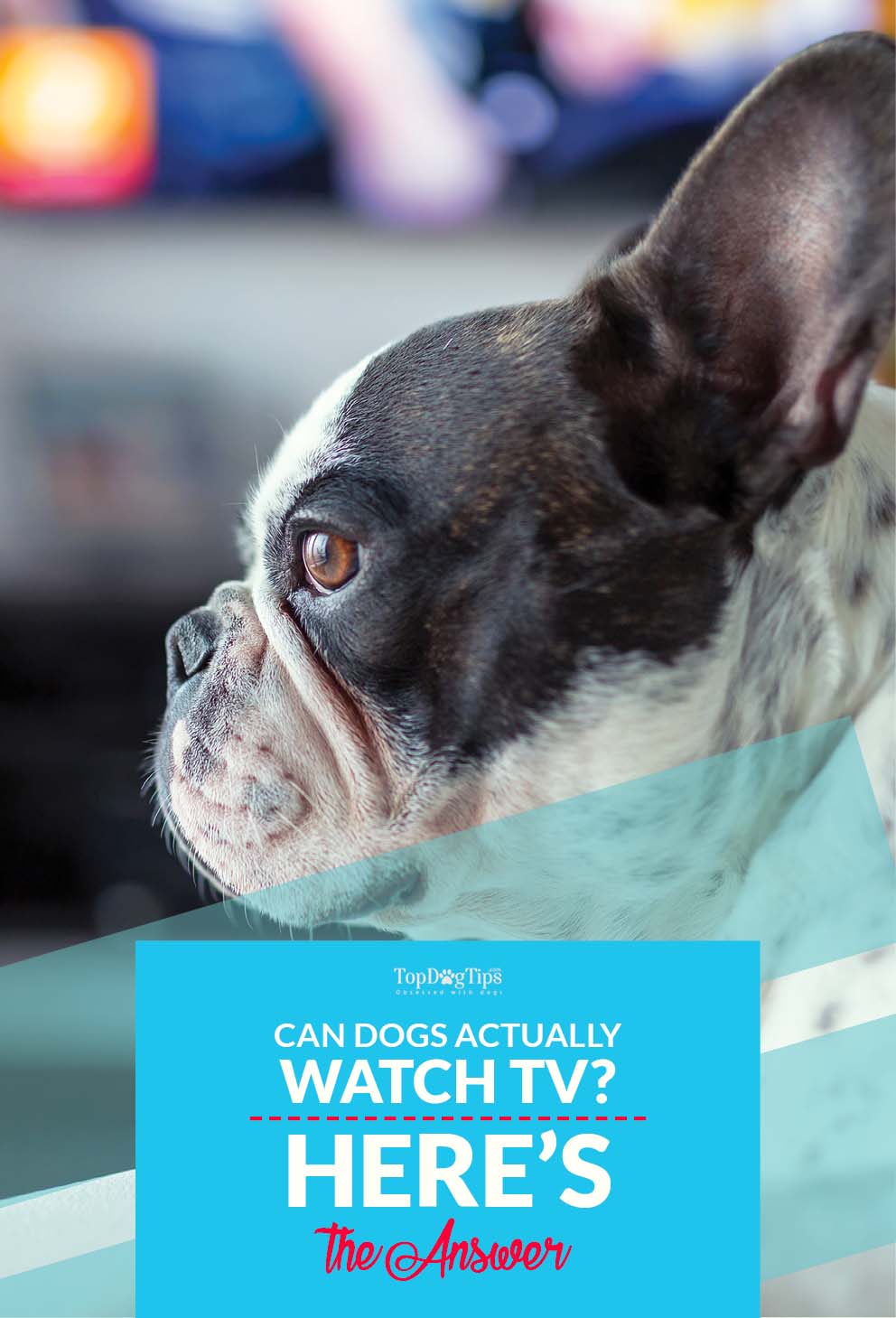 Is your pup a real couch potato? Does he love to sit around and watch television with you on Sunday afternoons? Maybe he has a favorite program or you may be one of the thousands of pet parents that subscribe to TV stations made specifically for canines.

Can dogs watch TV for real, or are they just being lazy and staring at the screen? Could it be that they are just attracted to the sound? There's answer to this, so read on.

Did you have time to read last week's column about Helping Your Overweight Dog Lose Weight? We've talked about the doggy weight loss programs and diabetes.

One of our dogs is definitely more interested in TV watching than the other. She's also the less active of our two dogs, so I've always wondered if she was actually watching the program on television or just enjoying being lazy on the couch.

I have noticed that our dogs are both more interested in television programs that feature animals, and they've both reacted to sounds they've heard coming from the TV such as animal sounds and car horns. So, what do the experts say?

Can Dogs Watch TV and What Exactly Do They See? 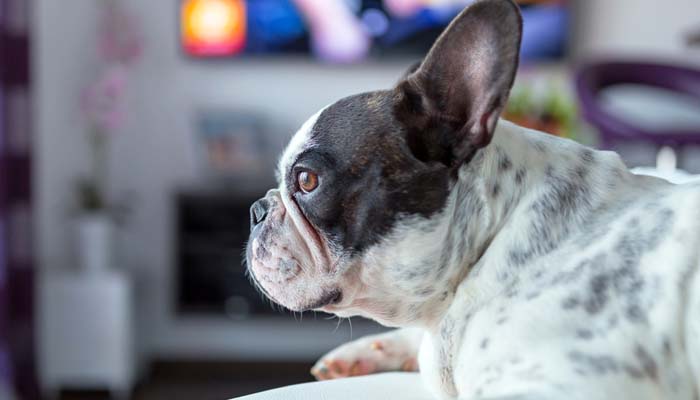 This surprised me, because dogs have such an acute sense of hearing. I thought they may be able to pick up on the minute differences between real sound and sound coming from television speakers. Although we can't hear it, I thought dogs may be able to.

One difference in a canine's television watching ability is that they register images more quickly than we do. Newer television sets show more frames per second than older sets. If you have an older set, your dog will still see the picture, but it may seem to flicker a bit to him.

Similarly, if you switch from an older television to a newer model you may notice your pooch taking up more of an interest in watching TV.

You may also be thinking that your pet can't see the colors on the television set. The myth that dogs see in black and white isn't true.

Dogs actually have dichromatic vision, meaning that they see a range of yellow and blue. They don't see the full variety of colors that humans can, as our vision is trichromatic, but they can still make out many of the different colors on the television screen.

Like us, dogs each have their own likes, dislikes and individual personalities. And just like all humans have different interests in television programming, so do canines. Some dogs like animal shows while others will sit and watch the nightly news with you. Others may not seem interested in TV at all.

Do dogs actually watch TV? Absolutely! It just depends on your dog's interests and what type of programming he enjoys. Some pet parents leave the television on for their dog while they are away. Even if your dog doesn't watch the programs, the background noise may be comforting to him and allow him to feel like he isn't alone.

Television Made for Dogs

There are multiple TV stations that have been created specifically for dogs. Because so many pet parents leave the television on for their pet during the day, a few networks have decided to air programs designed to attract canines. You can contact your television provider to see if these channels are available in your area.

These types of TV channels interest dogs because they are colored to appeal to a dogs' dichromatic vision, and they have a much higher number of frames per second. These doggy TV stations even have different modes that encourage your pet to relax, offer stimulation to get him up off the couch and some programs even focus on socialization and exposure.

Yes, your dog can now watch TV to learn about the world around him. There are programs designed with car horns honking and doorbells ringing to give your dog exposure to the common sounds that he may hear from day to day. There are also doggy shows that feature dogs being trained and responding properly to their owner – developers of these shows say your dog will learn by example.

So, there you have it. If you've been wondering do dogs actually watch TV, now you know it is true. Not only do they watch, but experts say they can even learn things from watching the boob tube. They say too much TV rots your brain, and I agree – even for Fido.

We do leave the television on for our dogs when we leave the house, as our boxer has mild separation anxiety. However, we don't subscribe to any channels made specifically for canines. We usually just leave it on a channel with lots of animal shows, like Animal Planet, and it does seem to help relieve some of her anxiety.

Does your dog watch TV? Does he have a favorite program? Do you subscribe to a special channel for dogs? I'd love to hear what your take is on dogs watching television. Plus, I've been curious about those television channels and would love to know if they actually do entertain canines.

As I mentioned, our boxer has mild separation anxiety, and it may be worth subscribing to one of those channels if it may help her. Of course, every dog is different, and what works for yours may not work for mine. Your tips may help other dog owners as well, so feel free to share in the comments below.

READ NEXT: 13 Common “Why Does My Dog” Questions Answered