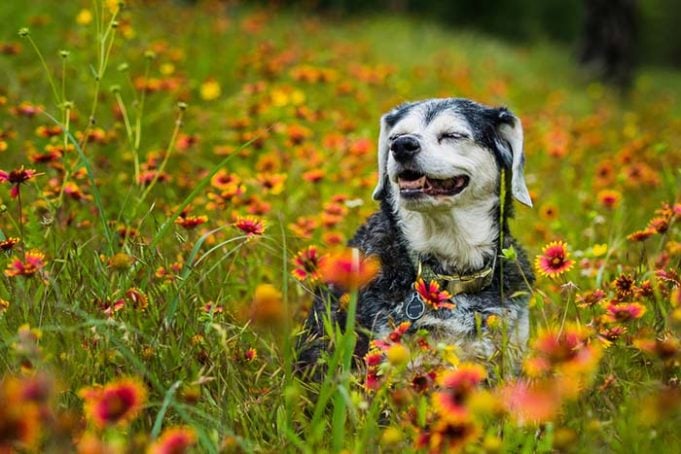 Here’s a round-up of natural supplements and treatments like herbs, spices, and plants that could be effective in treating dog arthritis and joint pain.

At least one in four dogs apparently suffer from arthritis and sometimes, the condition does not develop as a result of aging. In some dogs, inflamed joints and pain from weak legs is a result of a developmental disease. But just like arthritis in humans, dog arthritis can be debilitating. Although there are helpful chemically composed medications to control the pain (like NSAIDs) as well as other proven pain relief options for dogs, going natural can sometimes be best. 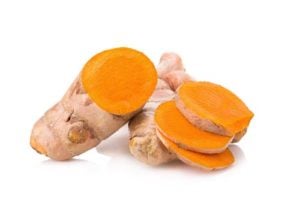 Turmeric is famous for its medicinal properties. Humans since the ancient times have been using turmeric spice to treat all sorts of body pain and inflammation and apparently, it's also effective for pets. For dogs specifically, turmeric can be added into the diet for a number of benefits.

For example, one of the more notable studies of turmeric for dogs was a randomized, double-blind, placebo-controlled trial with arthritic dogs (study here). The results of the study showed how turmeric, alongside curcuminoids and essential oils, showed turmeric as a potential treatment for dogs osteoarthritis as well as no side effects.

Dr. Judy Morgan wrote about the effectiveness of using turmeric for treating dog arthritis in her book “From Needles to Natural: Learning Holistic Pet Healing.” However, she also cautioned not to give dogs too much of this spice because it might cause an upset stomach. For a dog that's about 10 lbs., she recommended mixing only 1/4 teaspoon of turmeric in its meal. 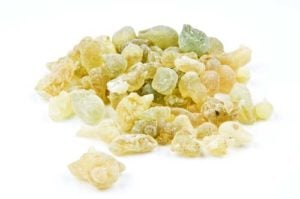 Like turmeric, Boswellia Serrata is commonly used in traditional medicine. According to holistic veterinarians, this herb is a popular ingredient in many natural health supplements for pets and dogs specifically. Dogs Naturally Magazine has looked at some of the evidence behind this natural solution and found that clinical trials show Boswellia serrata being effective for 71% of dogs with degenerative conditions, most likely due to the presence of inflammation-fighting boswellic acids in this plant.

The best thing about this herb for dogs with inflammation or joint pains is that there are no known side effects. As for the dosage, a large dog of about 50 lbs can be given at least 300 mg of Boswellia Serrata twice a day for a period of two weeks. For ongoing maintenance, the dosage can be cut down in half. 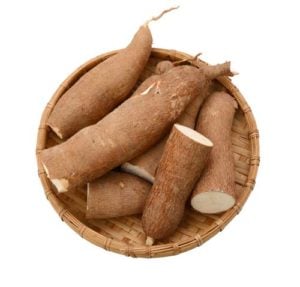 Yucca root is part of the cassava family. It's commonly found in South American countries and Mexico. It is most effective against digestive problems in dogs but it also works to lessen inflammation and joint pain. Experts have discussed the many benefits of yucca root for dogs, and Whole Dog Journal editors have done a full review.

Boil some yucca root and mash a batch like potatoes to give to your aching dog. Feed this for four days and observe the results for three days. Yucca, however, might cause stomach upset and vomiting in some breeds. Discontinue feeding when this happens. If not, you could add yucca to your dog's diet every now and then. 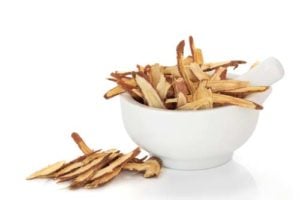 Licorice root has phytosterol compounds, which increases the production of hormones that regulate body inflammation. People have recently found its benefits for various health issues in humans, and more pet owners are starting to look for ways on how to use it with dogs.

According to VetInfo experts, licorice root should be administered in capsule form for inflammation of the dog's internal organs and tissues, and in cream form for inflammation of the external organs. For additional benefits, you can mix licorice root with yucca root and alfalfa for a more palatable and powerful meal against dog arthritis. This natural supplement is also beneficial for the liver. 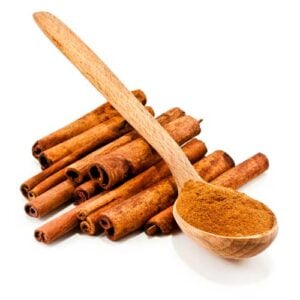 There have been small-scale studies on the anti-inflammatory effects of cinnamon on humans with arthritis. It has also been found to be effective against slowing down the degeneration of the joints, and Dogster has covered the many benefits of giving cinnamon to dogs.

According to holistic vets, as a natural supplement, add 1/8 to 1/4 teaspoon of powdered cinnamon to your dog's food two times a day for at least two weeks. Don't exceed and extend feeding cinnamon because it can thin out the blood. Your dog could suffer from bleeding if it needs surgery. 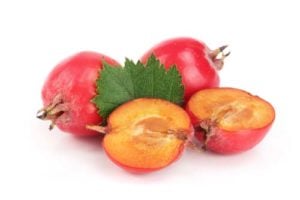 In her book, Dr. Morgan Judy Morgan wrote about Hawthorn as a great holistic treatment for dogs with joint pains. Herbalists, especially those who practice Chinese traditional medicine, apparently love this plant for its cleansing properties. Even in the ancient period, this herb has been used to treat animals with body pain.

Evidence-based veterinarians seem to agree on this as well, and according to VCA Hospitals, this herb can be very effective for treating inflammation. Hawthorn, however, can work adversely with medications for the heart if your dog is under maintenance. It could cause a drop in blood pressure. Before using any of these natural supplements for your dogs, be sure to speak with a veterinarian first.

As always, consult with your (holistic) veterinarian who is experienced or knowledgeable about herbs, spices, and plants for treatment in animals. A holistic treatment can be very effective for your dogs, but owners must still ensure how to properly source and use these natural products to maximize its benefits.

READ NEXT: 8 Signs Your Dog Is Experiencing Joint Pain 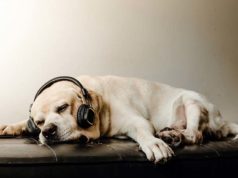 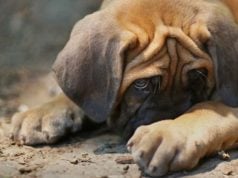 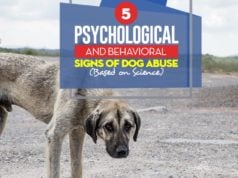 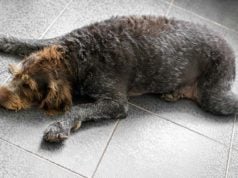 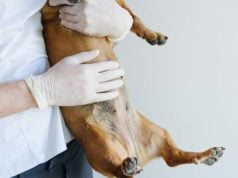 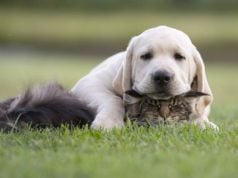 8 Ways to Make Your Dog and Cat Get Along

New Puppy Checklist: 15 Things You Must Do

Diana Beth Miller - Aug 4, 2020
Before bringing home a new puppy, there are a few things to do to make their home-coming comfortable and safe. Preparing a new puppy...

Rachael Leanny - Aug 4, 2020
There are many fascinating dog myths and facts out there - some true, some false. These myths have been passed down by generations of...

8 Most Dog Friendly Hotels in USA

Diana Beth Miller - Aug 3, 2020
No pet owner ever wants to leave their pets behind, but traveling with dogs can sometimes be complicated. This is especially true when attempting...

Dom Naish - Aug 3, 2020
Some breeds can be predictable "stand-by dogs" as they watch a crime take place, but others are considered the best watch dogs for protection...

Diana Beth Miller - Aug 2, 2020
Veterinary medicine has made a lot of progress in predicting future health problems in dogs, and veterinarians (and owners) are now much more effective...

5 Best Types of Crates for Dogs

Stephen Valentino, MSc - Aug 1, 2020
Wolves are icons of pack behavior. Their collective strength is greater than their individual efforts. As Rudyard Kipling put it, “for the strength of...

Renal Diet for Dogs: A Guide on Feeding

Kelly Pebworth - Aug 1, 2020
Chronic kidney disease in dogs is a progressive condition with the prevalence of 25% of dogs from veterinary clinics, with 9-16% mortality rate. Senior...

Kelly Pebworth - Jul 31, 2020
The acids, proteolytic enzymes, and pepsin from the dog’s gastric lumen maintain the pH acidity level, which value is usually about 2. Any disturbance...

25 Smart Dog Breeds That are Easy to Train

Patrick Lumontod - Jul 31, 2020
Pet owners often have breed requirements before adopting a dog: how easy they are to care for, how much exercise they need, how difficult...