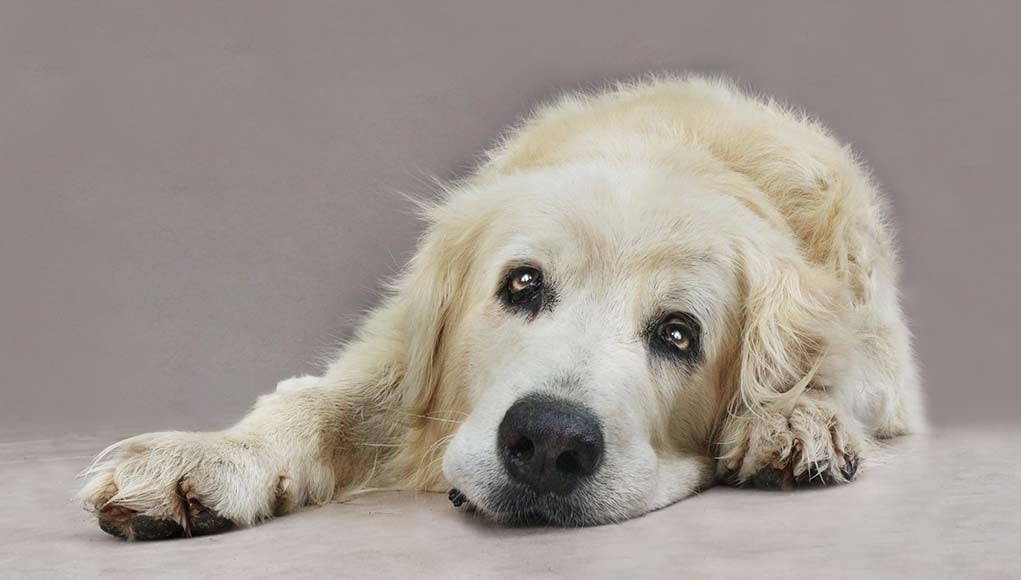 Parkinson’s disease in dogs is characterized by tremors, difficulty walking and confusion. The cause of this neurological problem in dogs is still unknown, although it is believed to be hereditary. Unlike humans, dogs can develop Parkinson’s at a relatively young age, even while they're still puppies, proving this to be an often inherited condition.

Just like in humans, there is no way to prevent this degenerative disease. Parkinson's disease in dogs is rare but pet owners cannot ensure this never happens to their pup.

Unfortunately, there is no cure for Parkinson’s disease either, although some medications can be used to reduce symptoms. Also, changes in diet may help, especially supplements to maintain muscle mass. All of this will depend on the individual dog and your vet will be able to advise you and devise a care plan. 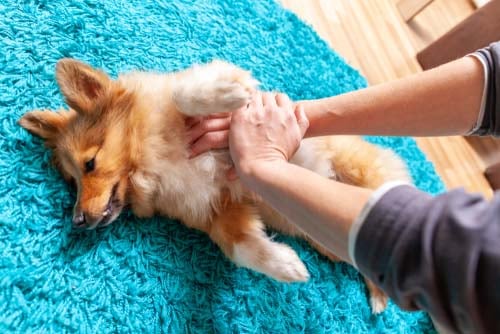 Epilepsy is perhaps one of the most recognizable neurological disorders. The one prominent symptom in dogs with epilepsy, just like with humans, are recurrent seizures. Epilepsy in dogs can be caused by trauma, like a blow to the head, metabolic issues or the causes may be idiopathic, which means that the causes are unknown.

There is no way to prevent epilepsy in dogs, although a healthy diet may perhaps help with prevention in a theoretical since it definitely helps with treatment. There is no proven prevention method, however.

Epilepsy in dogs cannot be cured, but there are many ways to improve your epileptic pet's quality of life and reduce the number of seizures. Your vet may prescribe anti-seizure medication, which is often accompanied by diet changes. There are also different natural remedies but their effects are still not scientifically proven; some work, others don't. CBD for dogs has been gaining traction recently, and was even proven to have positive results. 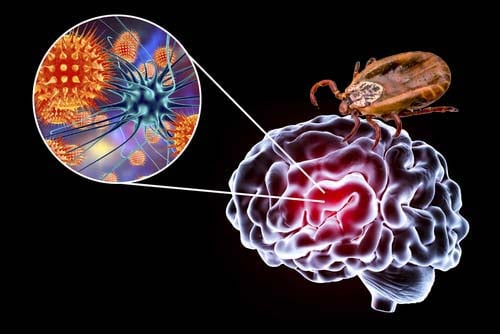 Encephalitis is an inflammation of the animal's brain. Encephalitis in dogs can be caused by viruses, parasites, bacteria and fungi. It can also be caused by diseases that ticks carry. Some breeds are more likely to be affected with this disease, including Chihuahua, Pugs, Maltese and Terrier breeds.

Encephalitis is often accompanied by the inflammation of the canine's spinal cord (myelitis), and the meninges (meningitis). Symptoms may be different depending on where the inflammation occurs, but some of the most common ones include fever, seizures, behavioral changes and decreased consciousness.

Since dog encephalitis can be caused by different infections, prevention is practically impossible. You can, however, try to keep your pooch from getting parasites or ticks by proper hygiene and diet and with tick-preventing medication, which reduces the chances of him developing this neurological problem.

The typical course of action after diagnosis includes antibiotics and anticonvulsants if the dog suffers from seizures. However, the treatment will vary depending on the underlying cause. For example, if the encephalitis condition is fungal then anti-fungal medication will be prescribed for your pup. 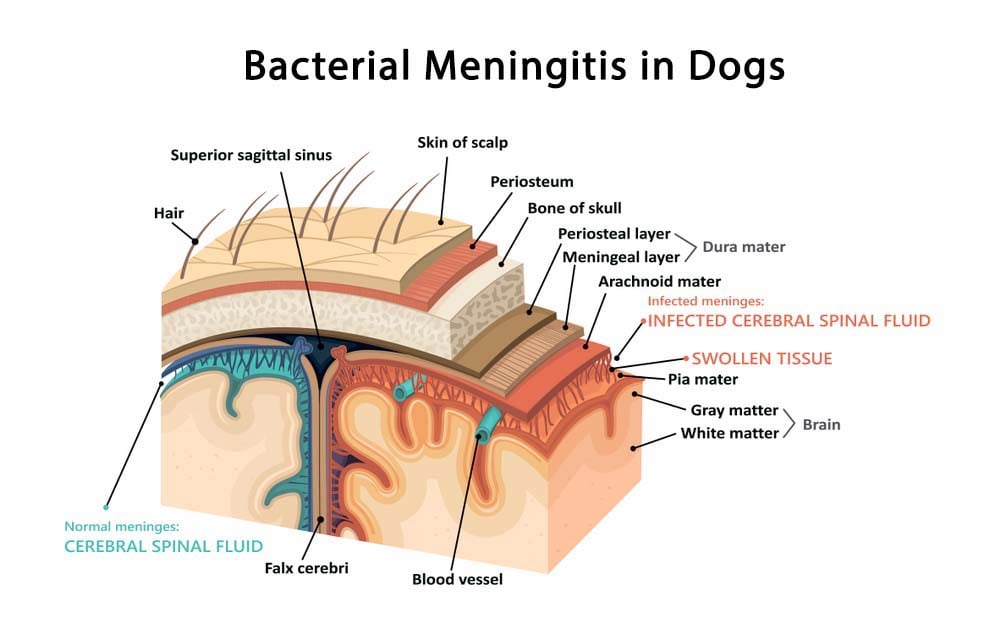 Meninges are protective membranes in the central nervous system. Meningitis is the inflammation of those membranes. The symptoms of meningitis in dogs are similar to those of encephalitis, with most dangerous symptoms being seizures and paralysis.

It is important to react fast if your dog shows any symptoms because meningitis can be fatal if left untreated. This neurological disease in dogs is most commonly caused by bacterial infection, but it can also be caused by viral infections, parasites or fungi.

Prevention is only possible for some of the underlying causes, not meningitis itself. That entails high-quality diet, good housing conditions, access to fresh water and regular vet check-ups. As with encephalitis, preventing tick bites may also decrease the chances of a dog developing meningitis.

In most cases, the treatment will start with the administration of steroids that are supposed to suppress the inflammation. Other medications include antibiotics and anti-fungal drugs, depending on the underlying cause, as well as pain medication and canine antiepileptic drugs for seizures. 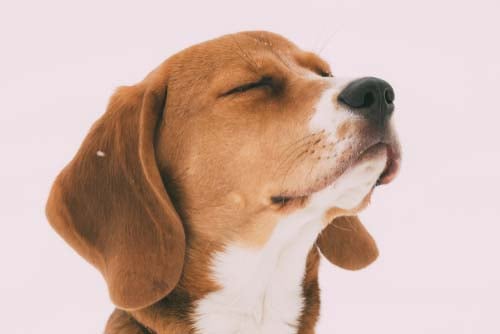 In dogs, the condition of facial nerve paralysis is mostly caused by trauma or ear inflammation, but it can also be an idiopathic condition or caused by hypothyroidism or various forms of cancer. Symptoms include dropping of the ear and lips on the affected side, loss of motor function and the inability to blink, among others.

The best way to prevent this is to by paying attention to possible underlying causes. Preventing ear inflammation or other ear problems with proper hygiene and dog grooming practices can help in avoiding facial nerve paralysis. Although difficult to do with adventurous dogs, preventing injuries to the head will help as well.

In most cases of canine facial nerve paralysis, the treatment will include massage, laser therapy, electro-acupuncture, heat application to the affected muscles and low-level light therapy (LLLT). While these approaches can improve the condition and quality of life, in many cases the clinical signs remain permanently. However, if the disorder is located in the middle ear, then surgery might be required to relieve the pain and discomfort. 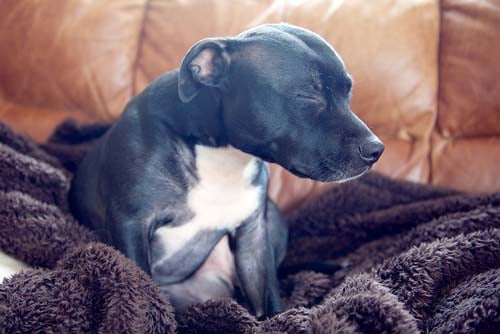 This syndrome typically affects older dogs and occurs suddenly. Vestibular syndrome in dogs affects the nerves located in the inner ear which are responsible for balance, so the animal will likely feel like the room is spinning.

Symptoms include nausea, head tilt and difficulty standing. Common causes include infection, improper and overzealous cleaning of the ears, stroke, trauma, tumors and certain drugs, but it can also be an idiopathic condition or be present in the puppy from birth as a congenital defect.

The best way to prevent this condition is to be extra careful when you clean your dog’s ears. Don’t apply too much pressure and dig too deep. Start on the outside and work your way inside until you feel resistance.

Motion sickness medications are often used to alleviate nausea and vomiting. Antibiotics are used if the disease is caused by infection and sometimes anti-inflammatory drugs are administered too. Supportive care and confinement might be necessary until the issue is resolved. 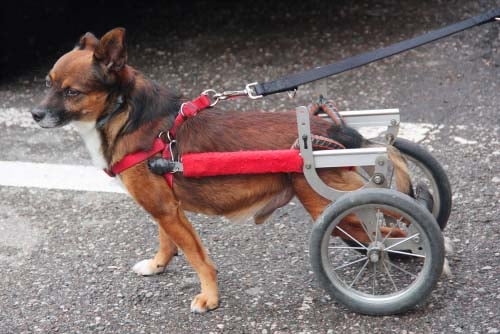 Wobbler disease syndrome affects the dog’s cervical spine and it is characterized by wobbly walking of the dog. There are no known causes for this neurological disease, although it may be genetic in nature. Great Danes and Dobermans are most commonly affected breeds but other large and giant breed dogs are also likely to develop this syndrome.

Since there are no well-established causes, there is no way to prevent this disease. However, some experts believe that imbalanced nutrition can contribute to the development of wobbler disease in dogs, especially excess protein, calories and calcium. Currently there is no hard evidence to prove one way or the other.

Surgery is the only treatment option that provides significant improvement of the symptoms. In cases where surgery is not advised due to possible complications, bed rest can help alleviate symptoms to some extent. In some cases, a dog may need a wheelchair to keep up with their daily life. 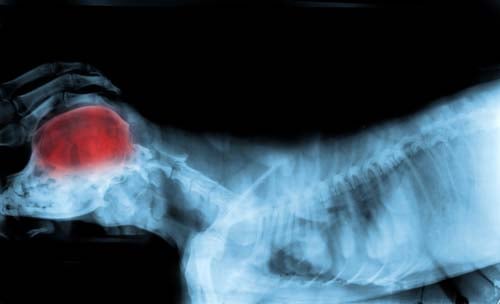 There is no way to prevent this neurological disease.

There is no treatment to cure the disease, but there are some medications that show potential and improve symptoms, like buspirone, amantadine and acetyl-l-carnitine. Your veterinarian will prescribe the proper care plan and essential drugs. 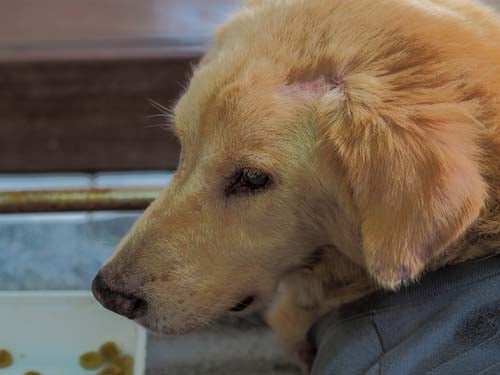 A brain tumor is the abnormal growth of cells that more often affects dogs older than five years. This type of tumor is more likely to affect certain breeds, particularly Boxers, Terriers and Dobermans.

Seizures are the most common symptoms of brain tumors in dogs, followed by sensitivity to touch, abnormal behavior, vision problems and uncoordinated movement. The cause for this neurological problem in dogs is unknown.

There is no way to prevent brain tumors, although some speculate that you can reduce the risks with proper diet and required amount of physical exercise.

Neurosurgery, radiation therapy and chemotherapy medication are the three ways of treating canine brain tumors, depending on the type and the stage of the tumor.

READ NEXT: How to Recognize Cognitive Dysfunctions in Dogs 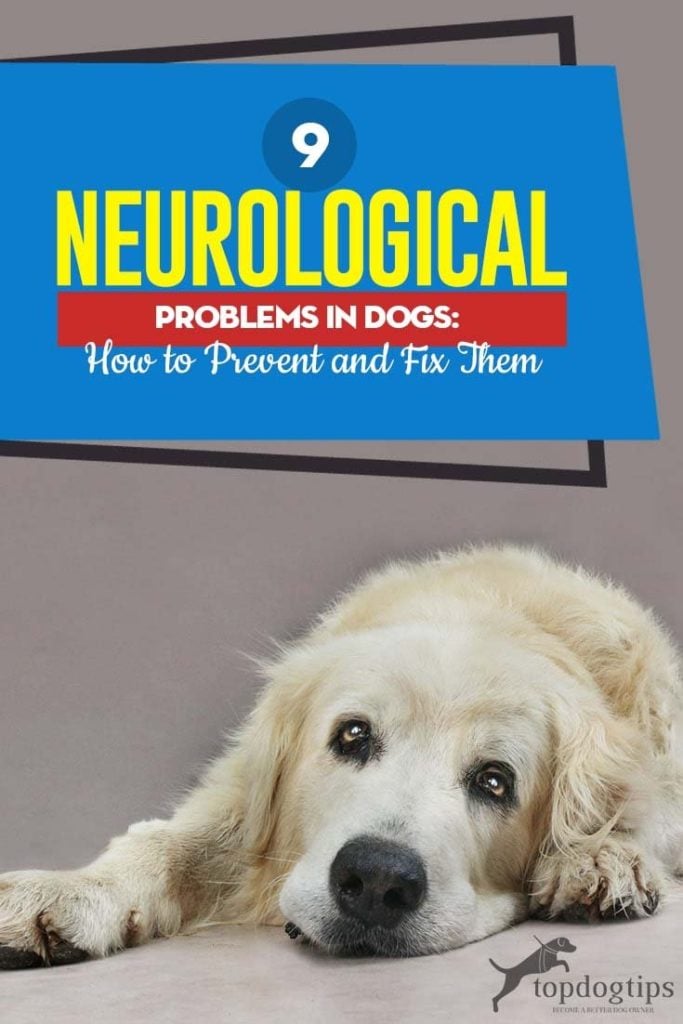 My Dog Has to Sleep Touching Me: Why and What to Do