Despite the fact that FBI labeled animal abuse a major problem worldwide, little is known about how to determine whether a dog has been a victim of abuse prior to entering a new home. For future adopters, there are some behavioral and psychological signs of dog abuse to watch out for that scientific research supports.

Unfortunately, many dog abuse signs have also been identified as reasons that owners may relinquish their pet to an animal shelter. Thus, education on the signs and behavioral abnormalities of abuse by dog owners may reduce the likelihood of relinquishment of abused dogs to shelters by improving owner awareness.

Knowing that a dog has been abused previous means more tolerance and better care of them. If shelters and rescue organizations can educate adopters on the behaviors of abused pets, it's more likely that these animals will be adopted into a home that can deal with those behaviors and help the dog work through them. 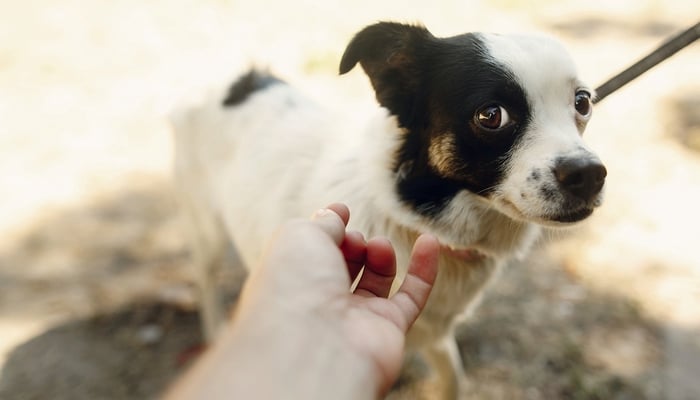 1. Fear of Strangers and Other Dogs

However, a little less expected is the increased fear that abused dogs may have for other dogs. While the reason for this fear is less clear, experts speculate that this trepidation of other dogs may be due to the presence of dogs during the mistreatment of the animal.

2. Aggression Toward Strangers and Other Dogs

In addition to fear, mistreated dogs may also exhibit higher levels of aggression toward strangers and other dogs. Dogs experiencing stressful events early in life tend to develop behavioral disorders such as increased hostility towards people and other dogs.

Another cause of increased aggression could be fear. Animals that are extremely fearful of strangers and other dogs are also highly aggressive toward strangers and dogs, suggesting that aggressive behavior is motivated in part by fear.

It is also possible that aggression may not only be a symptom of dog abuse, but a risk factor. The linked recent study of dog behavior and canine victim abuse showed that aggressive behavior increases the risk for being harmed.

Dog behavior is not only influenced by physical maltreatment, but psychological mistreatment as well, as further studies indicate.

Dogs that receive little social interaction or that are abandoned by their previous owners tend to be more attached to their new owners and to seek their attention compare to dogs from stable homes.

Psychological abuse of animals may also lead to development of separation disorders such as separation anxiety. However, because these neglected animals are typically re-homed and experience unstable lifestyles, these attachment behaviors may be a result of their unstable circumstances.

This theory is supported by the fact that rescued, sheltered, or re-homed dogs are very likely to develop separation disorders regardless of whether they were previously abused.

4. Excitability and Hyperactivity in Abused Dogs

Two surprising unique characteristics of maltreated dogs are increased nervousness and hyperactivity. These dogs are more nervous in everyday situations such as walking on stairs. They may also bark incessantly.

Unfortunately, not much is known about the reason abuse increases excitability and activity. However, I would speculate that constant mistreatment would lead to a feeling of insecurity and uncertainty in the world.

This uncertainty causes the dogs to always have their guard up, so they are more excitable. Always being prepared for a precarious situation may also explain the hyperactivity of abused animals.

Finally, it is not unusual to see mistreated dogs exhibit abnormal behaviors such as rolling around in feces or other foul smelling substances. These behaviors are typically ritualistic and repetitive.

Some examples of odd behavior in abused dogs include:

Compulsive abnormal behaviors in maltreated dogs may be caused by stressful situations and are considered a sign of current or previously experienced anxiety.

Other Causes of Behavior Issues in Abused Dogs

While a relationship between animal abuse and the previous described unusual behaviors has been identified, this does not necessarily mean that abuse is the only cause of these behaviors. There are several other factors to consider including genetic influences on dog behavior and temperament.

Behavior issues could also be caused by other unusual life circumstances such as lack of socialization with other animals and people or intentionally trained behavioral responses. The physical abuse suffered by the animals may also cause neurological damage or pain that causes the dog to respond with these unusual behaviors.

Animal abuse is associated with several unusual behaviors that may result in the relinquishment of dogs to animal shelters. Better understanding of these behaviors, their relationship to different forms of abuse and how to manage them may help to improve compassion and patience in abused dog owners and ultimately improve the relationship between dogs and their owners.

READ NEXT: 20 Signs of Stress in Dogs [Infographic] 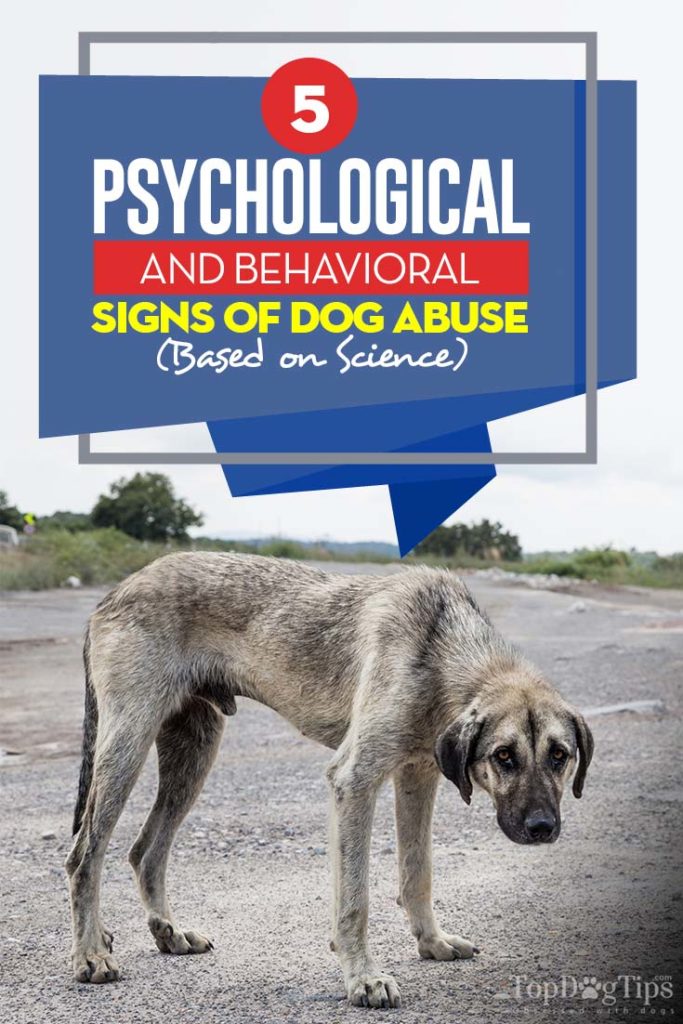 Is Cat Food Bad for Dogs? 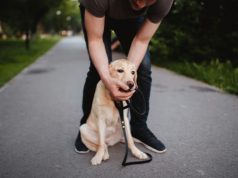 Your Dog Ate Plastic? Here’s what to Do Next 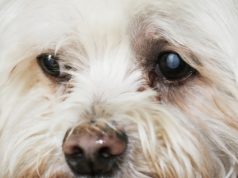 How To Tell If A Dog Is Blind 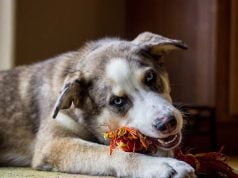