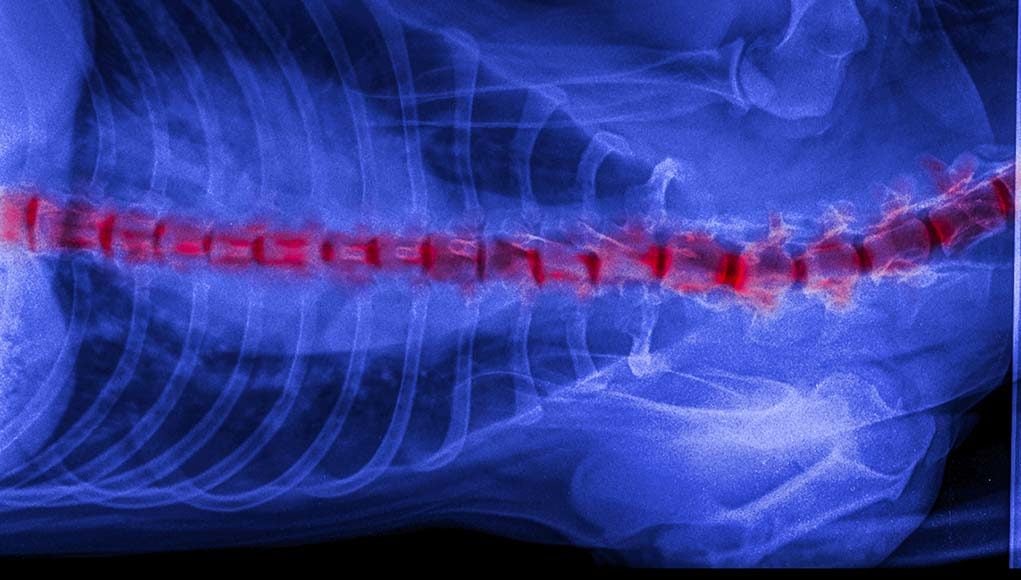 The most common reason for the appearance of paralysis in dogs is the intervertebral disc herniation or so-called slipped disc in dogs. Like people, some breeds are susceptible to this condition after a spinal injury or degeneration of the neck, mid-back, or low-back disc.

There is no possible way to completely prevent slipped discs in dogs, but it is possible to reduce the risk of injuries. Also, proper care for a dog with an injured back may help relieve the symptoms and prevent the occurrence of the most severe consequences of this condition.

Causes of Slipped Disc in Dogs

A veterinary neurology problem in dogs, better known as slipped discs, is usually caused by one of two reasons:

Rupture of a healthy disc – It occurs as a result of the trauma or injury, including falling from height or car accidents, which are most common.

Disc degeneration – This condition appears as a result of a premature aging process in dogs, followed by progressive thickening of the annulus fibrosis. The degenerated disc presses the dog's spinal cord and causes further problems.

There are always two primary causes for damage of spinal disc in dogs:

Compression component – In this case, a dog's slipped disc makes direct pressure on their spinal cord.

Concussion component – This happens when a dog's herniated disc causes so-called “bruises” of the spinal cord.

In most cases, a regular veterinary examination is not enough to determine precisely how much of either potential cause contributes to the existing symptoms and more testing may be needed. 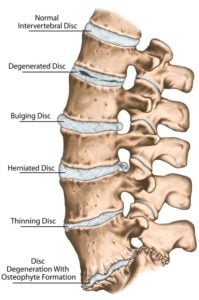 Symptoms of Slipped Disc in Dogs

Symptoms of a slipped disc in dogs may vary significantly depending on its location and the level of compression on the dog's spinal cord.

In most cases, the dog will feel pain after their disc slips. The result will be:

In a case when the disc slips suddenly, it is not rare that internal bleeding occurs in the spine. Since that creates high pressure on the dog's nerves, the animal will show additional symptoms:

While the dog feels a medium intensity pain, they will have difficulty using one or more of their legs. With the progress of spinal damage, the animal eventually won't be able to walk at all.

For example, a neck's slipped disk in a dog will disable movements in both front and rear limbs. On the other hand, when the disc slips in the thorax or lumbar region, the dog won't be able to move their back legs. The most characteristic symptoms will be:

In most cases, the owner can see that something is very wrong with the dog based on their pet's body language, such as:

Since the slipped disk creates direct pressure on the dog's spinal cord, it will damage the nerves going to the internal organs. The result is uncontrolled urination and defecation.

Diagnosis of Slipped Disc in Dogs

Diagnosing a dog with slipped disc can be tricky since its precise location and degree of the damage affect the symptoms. That’s why having a good medical history and detailed examination are crucial in this particular case.

In most instances, a slipped disc is a consequence of recent trauma and severe hurt, including a fall from the height and a car accident. Also, the reason can be hitting the dog’s spine with a hard object.

A neurological exam may be necessary, and it includes tests such as an X-ray with dye contrast, myelography, MRI (magnetic resonance imaging), and CT scan (computed tomography). These tests will determine the level of the dog's spinal cord damage.

In some cases, taking a sample of the dog's cerebral spinal fluid will be necessary to exclude an infection.

Every dog breed can have a problem with their spine, spinal disc or experience a spinal injury. However, certain dog breeds are slightly more prone to developing slipped disc condition, and their chance to suffer from this condition increases once they turn three to four years old.

The most vulnerable are chondrodystrophic breeds with short legs, including:

How to Treat Slipped Disc in Dogs

Once a dog's disc slips, and the exam has been performed, your veterinarian will recommend one of three possible procedures that will alleviate your pet's pain or entirely resolve the issue.

Restricting movement – Depending on the severity of the dog's spinal injury, restricting their movement for at least four to six weeks is highly recommended. The best option is to keep the animal closed in a dog crate to reduce chances of sudden motions that can make their condition worse.

Medications – The vet will prescribe pain relievers to alleviate pain and non-steroidal anti-inflammatory (NSAIDs) drugs to cure the infection.

Surgery – When the dog suffers from more than one slipped disc, surgery is usually the only option to solve the issue. Since it is most effective within the first two days after the injury, it is crucial for an owner to notice the early signs of the problem and take the dog to the vet on time.

Prevention of Slipped Discs in Dogs

While it's generally impossible to completely prevent this condition, a few things may reduce the chances for your pooch.

Activity restriction – To avoid spinal injuries in chondrodystrophic dog breeds, owners should limit the playtime with other animals playing roughly, as well as high-impact activities and long runs, and similar.

Chest harness – Using a no-pull harness over a collar or a regular harness for small breeds will allow distributing the pressure to the dog's neck and upper back more properly once the owner pulls the leash.

Travel safety – The dog in the vehicle needs to be secured at all times, either within a dog seat or using a car harness. It is one of the best ways to avoid injury in the case of a sudden vehicle stop or a car accident. 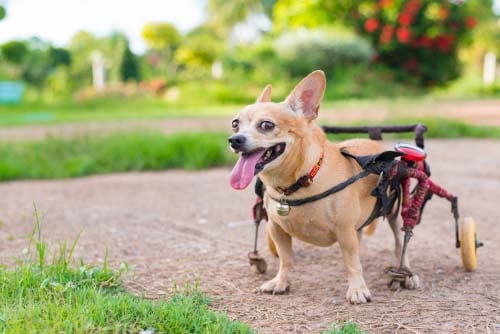 Prognosis for Dogs with Slipped Disc

There are two goals for a dog slipped disc treatment, including relieving the pain the animal feels and helping them to regain complete use of legs.

As soon as the veterinarian diagnoses the condition as being slipped disc, they will assess the severity of the injury. How intensive the treatment plan should be will primarily depend on the level of spinal damage.

If the dog feels deep pain or can’t walk at all, the vet will recommend surgery as the best option. The success rate of such operation is up to 90%, but the chances of a dog walking again will be noticeably less if more than 48 hours have passed since the injury.

The last option for dogs that have lost one or more leg function is using mobile carts (dog wheelchairs). This will be determined only after all exams and tests have been performed, and any potential treatments attempted a vet clinic. If nothing helped, the dog will likely have to use a wheelchair for the rest of their lives.