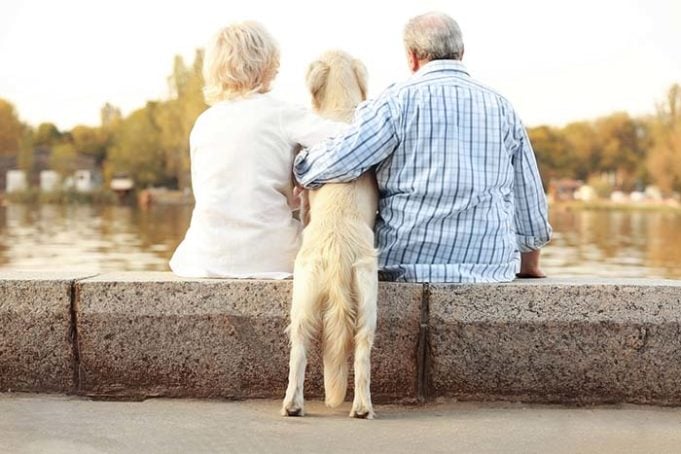 Good news! If you own a dog (which you likely do, if you’re reading this article), you stand a very good chance at having good heart health!

It is becoming increasingly well-known that dog ownership provides a plethora of advantages to people. Science is finding time and time again that dogs are better for our emotions, our children, and our physical health.

A team of Swedish researchers set out to discover more on this trend, and they did just that. The study was recently published in the journal Scientific Reports.

This study was no small feat. Scientists followed 3.4 million people over a period of 12 years. The participants’ ages ranged from 40 to 80 year old.

Their findings indicate that during the course of the study, dog owners who lived alone were 33 percent less likely to die than adults who lived along without a dog.

More specifically, dog ownership is being associated with a significantly lower risk of cardiovascular disease.

Cardiovascular disease is the leading cause of death worldwide.

This is great news, because it sheds light on some theories that those who live alone tend to die quicker than those who live with other people. Dog owners were shown to live longer in this study than non-dog owners who lived in multi-person households, due to exhibiting better cardiovascular health.

RELATED: A Study Shows How Dogs May Improve the Health of Young Children

Interestingly, it was discovered that those who owned hunting breeds were the most protected from bad health and early death. 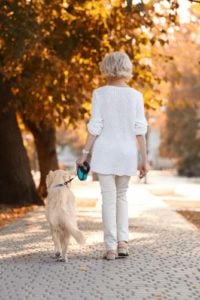 This study is the largest one to date to look at the health trends of dog ownership.

How Can Dogs Help Us Live Longer?

Perhaps an obvious reason that dogs help us live longer is that they require regular physical activity, such as walking, running, and playing.

Other possible reasons for better health among dog owners are decreased social isolation, decreased depression, and even benefits to the bacterial microbiome (digestive health) in the owner, thanks to the bacteria they share with their dogs.

RELATED: Bacteria from Dogs May be Beneficial to Human Health

Dogs also enhance our moods, give us a sense of purpose, and give us a better sense of mental and emotional well-being overall.

This news is good for 30 million Americans, who (thanks to changes in the federal guidelines) just found out they have hypertension.

So if you don’t currently have a dog and have been wondering if it’s the right choice for your lifestyle, hopefully studies like this one can help you make your decision.

Some people worry that owning a dog will come with too many expenses, such as food and veterinary care.

But dogs are better for your mood, social activity, physical activity, digestive health, children’s allergies, and now it turns out, your heart health.

In addition, dogs can help those suffering from conditions such as diabetes by being trained to alert owners to bad blood sugar levels, and dogs can now even dial 9-1-1 in the case of an emergency!

So it can be argued that money spent is money saved; by having a dog, you may not have to incur some other long-term expenses, such as prescription medications, gym memberships, or other health-related costs.

By and large, it looks like owning a dog is a very good way to make your life a good one!

READ NEXT: Studies Show How Dogs Make Us Happier and Healthier