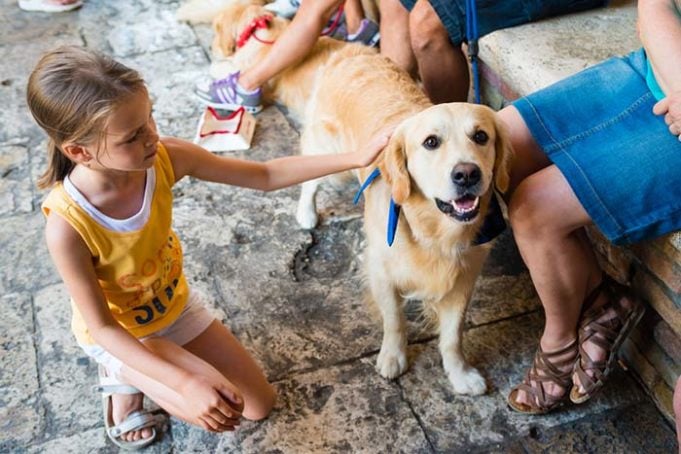 Most kids with ADHD get by with medication but having a therapy dog might be better solution, according to researchers from the University of California at Irvine.

Therapy dogs have aided children with disabilities and disorders for years. But a recent study has proven that these animals could significantly reduce the symptoms of Attention Deficit Hyperactivity Disorder (ADHD) in kids.

“The take away from this is that families now have a viable option when seeking alternative or adjunct therapies to medication treatments for ADHD, especially when it comes to impaired attention.”

Experts from the Child Development Center of the University of California at Irvine (UCI) presented the findings of their research in the International Society for Anthrozoology 2018 Conference last July in Sydney.

Their study, titled “A Randomized Controlled Trial of Traditional Psychosocial and Canine-Assisted Interventions for Children with ADHD,” was also published in the Human-Animal Interaction Bulletin (HAIB) of the American Psychological Association in the Society of Counseling Psychology.

The study, led by Dr. Sabrina E. B. Schuck, involved children from seven to nine years old who had no prior medical treatments for ADHD. One group of children became the control group, while the other half became the experimental group that received assigned Animal Assisted Intervention (AAI).

The experts concluded that having the dogs hastened how the children responded to their ADHD treatments. They showed less stress, better cognition, and sharper memory and attention. The parents of the children also reported fewer behavioral challenges.

RELATED: 25 Benefits of Kids Growing Up with Pets [Infographic]

Families who have children with ADHD often turn to medication to manage symptoms like inattention, impulsivity, hyperactivity, learning disability, defiant behavior and anxiety. With this study, parents now have the safer option to go with therapy dogs than to implement medication, according to Schuck.

In previous studies, experts learned that therapy dogs provide routine and consistency among kids with ADHD. Having a schedule and sticking to this schedule allowed the children to complete tasks and goals that they would otherwise disregard if their ADHD were unmanaged.

The task of feeding, walking and bathing dogs on a regular basis might be tedious. In kids with ADHD, however, these are pleasant and purposeful distractions that allowed them to be productive.

Ultimately, children with therapy dogs learn to develop good habits and planning skills that will benefit them when they become adults. Having a therapy dog also provides children with a means to exercise and dispense that extra energy that usually causes restlessness and impulsivity. A study shows that many dog owners spend at least 30 minutes a week to walk their dogs, so imagine how much this exercise will impact kids with ADHD.

Mental Impact of Dogs on Kids

Children with ADHD often have episodes of depression and anxiety because it's harder for them to process challenging experiences. It's also not easy for these kids to make friends because people create a stigma about this mental disorder.

But dogs don't discriminate so they can be the perfect best friends for children with ADHD. Dogs are also sensitive and great listeners. They will patiently sit and listen to their human's woes when they're blowing off steam. They are such effective stress relievers.

As far as breeds are concerned, any dog can be ideal for children with ADHD. If you're considering getting a therapy dog for your child, be sure to allow him to have a choice in picking which one he likes. Visit a shelter or litter and give your child time to spend with the dogs before making a choice.

READ NEXT: 35 Best Medium and Small Dogs for Kids