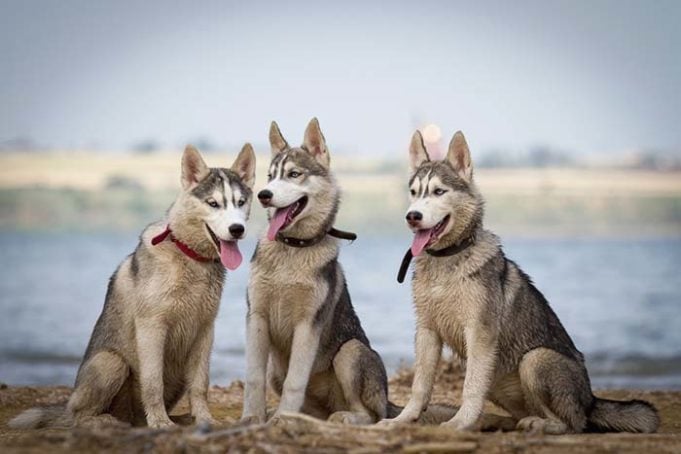 Researchers have uncovered a genetic difference between wild wolves and domesticated dogs which explains why they interact with humans differently.

The study, which was published in Science Advances, affords us more understanding behind the behavioral divergence which occurred between wolves and dogs sometime thousands of years ago.

According to Monique Udell, an animal scientist at Oregon State University and lead co-author of this study, this divergence has always been poorly understood, especially with regard to the success of dogs in human environments. Until now, nobody has really understood what set the wild wolves apart from the friendly companion dogs.

According to Udell, it was once believed that dogs developed an enhanced social cognition beyond that of wolves during their domestication. But new evidence suggests that the dogs would have to already have a genetic condition which leads to exaggerated motivation to seek out social contact, as compared to their wolf counterparts.

This is the first study integrating genetic and behavioral data in order to understand the story of the changes which occurred in the social behavior of domesticated dogs on a molecular level. 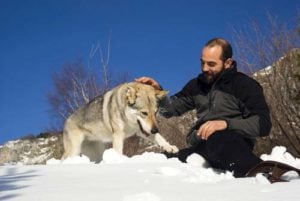 By using molecular tools, geneticist Bridgett vonHoldt and her team uncovered genetic markers in dogs which are also found in people with Williams-Beuren syndrome.

This disorder is characterized by developmental delays, and more significantly, “hypersocial” behavior.

In this study, researchers looked at the human-directed sociability of dogs vs. wolves. Using 18 domesticated dogs and 10 captive, human-friendly gray wolves, the scientists set the dogs to problem-solving tasks.

Each dog and wolf was given a solvable task with a human present. The task was to open a puzzle box containing a sausage, and complete it in 2 minutes or less.

A second test was then devised. In this test, a person would sit down inside a marked circle in both an active phase and a passive phase.

While both dogs and wolves were quick to approach the humans, the wolves tended to wander away very quickly (within seconds). The domesticated dogs, however, persisted in attempts to interact for long periods of time, with both familiar and unfamiliar humans.

After the tests were completed, blood samples were gathered from each canine for genetic testing.

According to Udell, there is a lot of research backing the fact that wolves and dogs perform equally as well on social cognition tests. But the real difference seems to be in the domesticated dogs’ persistence in looking at people and seeking out prolonged proximity and interaction with them – past the point one would typically expect of an adult animal.

This study actually builds upon previous work of Udell’s which focuses on canine social and behavioral cognition.

In one of her recently published studies, she and her team found that out of 3 groups of dogs (pet dogs, free-ranging domestic dogs, and human-socialized wolves), the wolves doted most heavily on tasks at hand while the dogs doted more heavily on the human present.

The surprising part of the research was the discovery that the free-ranging domestic dogs, who lived on the streets of India as scavengers, actually persisted the least on the task, and the most on the people – even more so than the pet dogs.

So why is that? Why would a seemingly wild stray dog want to interact with humans more than the cared-for pet dogs?

It appears that it is in their genes to want to interact with us, no matter what their life experience is like. Nature has designed most domestic dogs to seek out our presence and companionship.

So next time you see a dog on the streets, treat it as you would your own pet dog, and try to help it out if you can.