While we know that a dog's digestive tract works much differently than a humans, your dog doesn't understand that fact.

Our dogs love sharing our meals and snacks, but there are some toxic foods for dogs that must be avoided.

I don't often give my dogs food from my plate, but once in a while it's nice to share a snack with your pooch.

You don't want to add too many unnecessary calories to your dog's diet, but sharing a treat now and then will make you both happy.

In fact, some human foods are actually just as beneficial for dogs as they are for humans.

Many (but not all) fruits and vegetables can have great health benefits for canines.

Lean protein and fresh herbs can be beneficial to our furry family members too.

Just be sure to do your research before feeding your pet any type of human food.

Some people foods could cause minor irritation to your dog's skin or short lived side effects to the digestive tract including nausea or diarrhea.

Some may have more severe effects and could even be fatal. Here’s a list of five toxic foods for dogs that must be avoided.

5 Toxic Foods for Dogs That You Need To Avoid 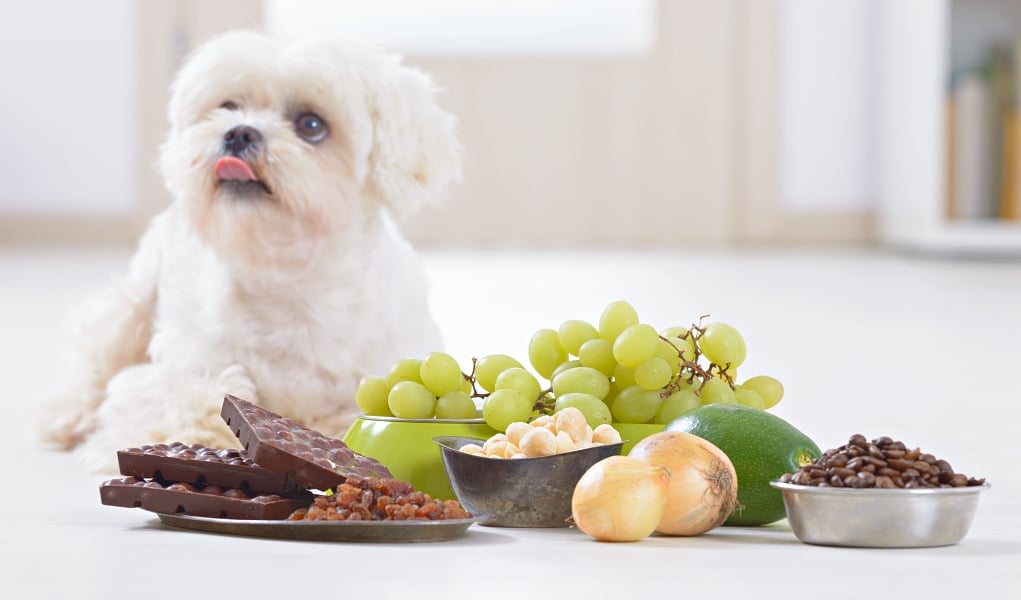 Xylitol is an artificial sweetener which is found in many foods and drinks, often found in baked goods, candy and diet products. While it’s perfectly safe for human consumption, it can be fatal for your dog.

One of the most common human foods that may include xylitol is peanut butter. Many pet owners use peanut butter to stuff dog toys, spread on lick mats or as an ingredient in homemade dog treats. This is why it is so important to check the ingredient list on foods that you'll be feeding to your pup.

Xylitol causes a spike in insulin, which leads to low blood sugar levels. Signs of xylitol poisoning can include lack of energy, coordination problems, and vomiting. Even very small amounts of xylitol can cause symptoms such as seizures and liver failure, so be extremely careful when choosing which human foods you feed to your pet.

This one may seem like a no-brainer, but each year many dogs receive veterinary care for alcohol poisoning. You have undoubtedly seen what alcohol can do to the human mind, now imagine what it can do to an animal a fraction of the size and weight of a human being.

Unsurprisingly, the effects of alcohol in dogs mimics those of humans. Neurological function is impaired and significant liver damage has been observed. It has also been observed that the presence of alcohol lowers the calcium content circulating throughout a dog's system. This impacts the dog's bone and joint health, followed by a number of very serious complications.

There is evidence to suggest that alcohol intoxication in dogs leads to a higher mortality rate due to respiratory complications when dogs are severely wounded. This is likely due to the fact that alcohol has a depressant effect on the dog's central nervous system, making it difficult for the body to react to trauma.

Furthermore, it has been observed that heart function in dogs, particularly the lower ventricles of a canine heart, can be highly compromised by the consumption of alcohol. This leads to severe risk of heart problems in intoxicated dogs.

Cirrhosis is a known consequence of alcohol consumption in humans, and this statement holds true for canines as well. Hepatic cirrhosis, among other ailments, has also been shown in dogs that have consumed alcohol. As a result, glomerular and tubular damage (damage to tubes of the dog's kidneys) arise as well.

Grapes contain a toxin that causes severe liver damage and kidney failure in canines. These are another food that can be found in many things such as cakes, bagels, cookies and trail mixes.

Ingestion can cause symptoms like vomiting, diarrhea, thirst and excessive urination, tiredness, and dehydration. Also be careful if you grow any grapes in your garden, and make sure your dog cannot access the area.

Toxicity can occur even with very small amounts so never allow your dog to eat anything containing grapes, raisins or currants. If you think your dog might have eaten something with a grape product in it, call your vet immediately to seek treatment advice. 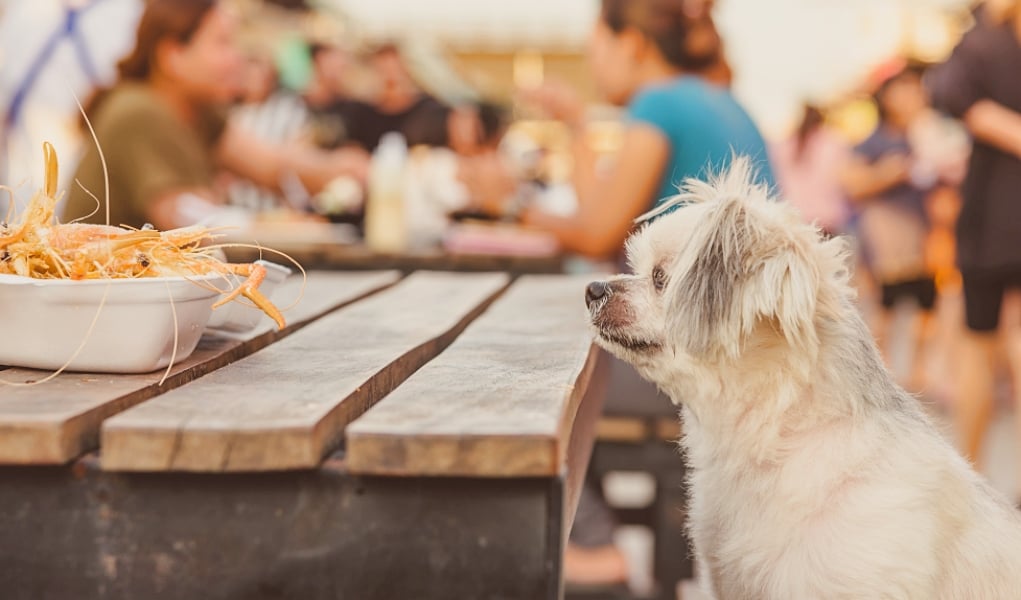 The consumption of macadamia nuts in a very large quantity could be fatal, but that's not likely. The most likely outcome of a dog eating macadamia nuts is severe illness. These nuts will poison your dog.

If your pooch eats these nuts he will exhibit symptoms including involuntary muscle contractions and shakes, fatigue and paralysis, vomiting, elevated temperatures and a spike in heart rate. A subtler (yet equally concerning) symptom of macadamia nut toxicity in dogs is the development of joint pain and the inability for your dog to stand for more than a few seconds.

It seems that macadamia nuts target and affect the limbic system of canines. Any prolonged changes in a dog's posture should be a clear sign that he should visit the veterinarian as soon as possible.

Yeast is a fungus that promotes the rise of bread and other products such as cakes and donuts. We all know how good a great bread or cookie dough can smell while it’s rising, and your dog may think so too.

If your pup eats raw yeast dough, the dough will continue to rise while in his stomach. This will cause the stomach to swell, and, in severe cases, this could rupture his intestines.

Additionally, yeast can continue to ferment and turn into alcohol after it’s been eaten, causing symptoms of alcohol poisoning (see above) for your pup. If you’re a home baker, make sure you keep any yeast dough covered and far out of your pet’s reach.

READ NEXT: 25 Dog Health Symptoms That Must Be Addressed Right Away 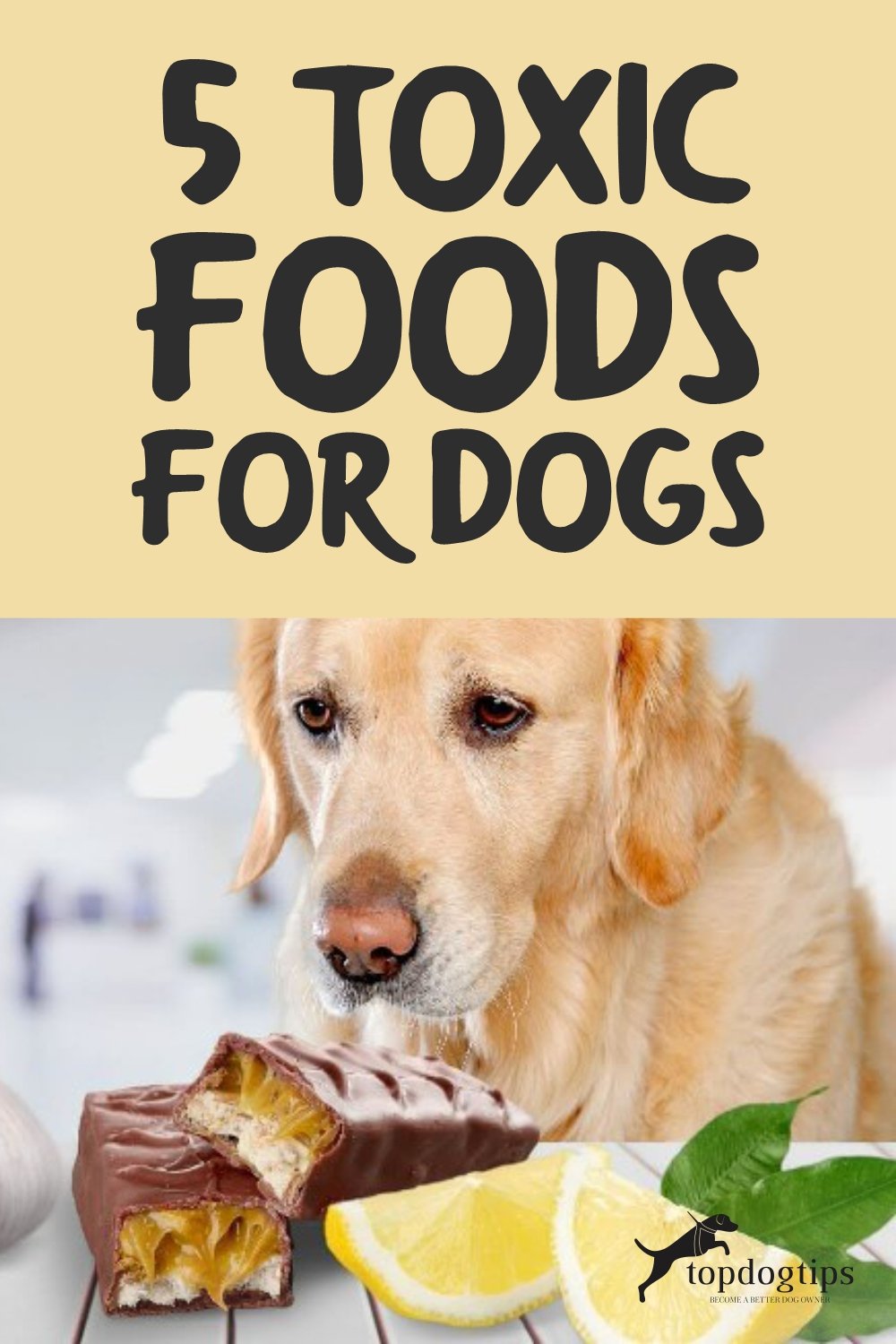