Home Dog Psychology What Do Dogs Think About? 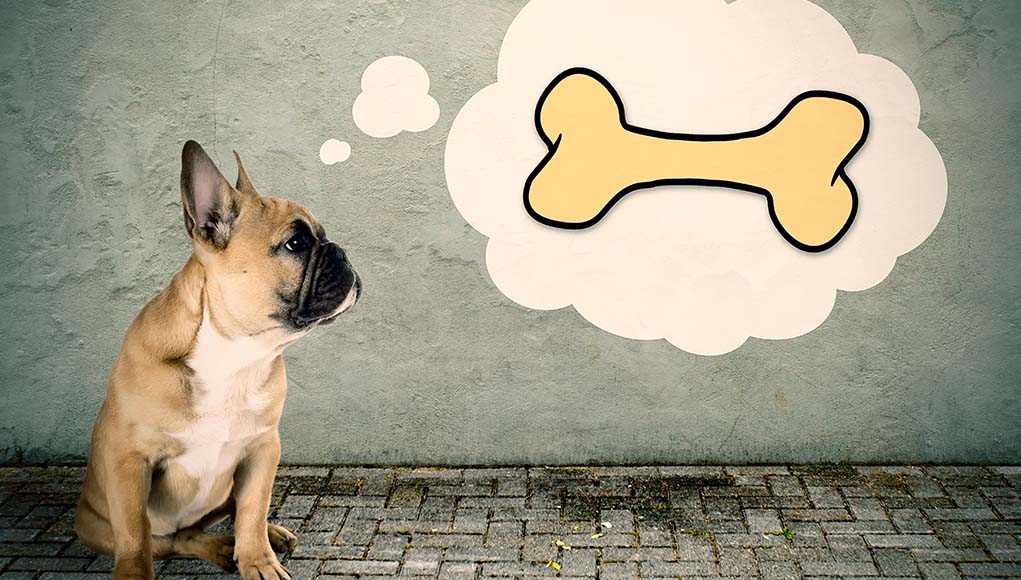 The question on many dog owner’s minds is not, “does my dog think,” but rather, “what do dogs think about?” Researchers know that canines think based on different levels of brain activity measured while undergoing an MRI or the choices made while being exposed to different stimuli. Even though it is hard to tell exactly what a dog is thinking from moment to moment, the various experiments that researchers have tried attempt to answer this lingering question.

How Do We Know Dogs Actually Think?

By looking at brain scans, researchers are able to tell that a dog is processing information in a similar way to how humans process information. A 2015 study had a dog’s brain imaged while the animal was presented with something that smells like their owner. The dog’s brain shows that it recognizes their owner’s scent and the “reward center” of the brain is activated.

Another similar study was conducted a year before, but instead of using smells the scientists were using sounds. Once in the scanner, various voices and phrases were spoken to the dog by their trainer. Meaningful phrases, such as “well done”, were processed in the left hemisphere of the dog’s brain, whereas meaningless phrase, such as “as if”, did not register.

It found that different sounds, and positive ones in particular, engage a dog's auditory cortex, and gets them to think. This is a big part of how human-dog bond works and determines that dogs process language in a similar way to how humans process language. Additionally, the study found that the dog was more likely to react stronger to a familiar voice and the intonation of the voice altered the dog's reaction. A dog was more likely to react to a happy voice saying “well done” over a monotone voice saying the same phrase.

How Well Do Dogs Think? 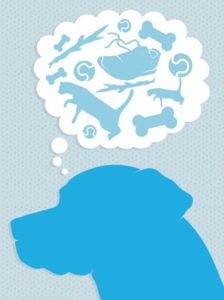 Dr. Jill Sackman, senior medical director of BluePearl Veterinary Partners and a clinician in behavioral medicine, confirmed that not only do dogs think, but she estimated their level of cognition to a child between three and five years old. Many other scientists and canine psychologists came to similar conclusions.

By exhibiting cognition levels that equal that of a small child, a dog is able to react to outside stimuli and make associations. For example, they are able to recognize familiar voices, people, and places even if a long period of time has passed since their last interaction with the familiar stimuli. This is why dogs are able to recognize their owners even after months apart. Dogs are also able to make evaluations, such as which dog bowl has more food than another dog bowl.

What Do Dogs Think About?

One way that dog owners can get a better understanding of what their dog might be thinking is to assess their behavior and mannerisms. Is the dog excited and wagging their tail? Are they making eye contact or barking? These are different ways that dogs are able to communicate what they are thinking or feeling, and it's more about the context of the situation that will help you in assessing what your dog may be thinking about.

What Kinds of Feelings Do Dogs Have?

If a dog is able to think, then it is not a stretch of the imagination to wonder if dogs have feelings. The short answer to this question is yes, dogs do have feelings. Moreover, dogs can even sense emotions of their owners, and somewhat share the same feelings.

However, remember that canines are cognitively at the level of a child who is between three and five years old. Dogs do not exhibit all of the same feelings or emotions that humans do, and their range is far more narrow.

For example, dogs can feel happy and excited. We've previously discussed dogs' sense of humor, but generally it is easy to tell when a dog is happy because you can see their tail wagging, or they may jump in excitement. Discover Magazine explained that the equivalent of a dog smiling looks like:

This article also pointed to a study by psychologists and behavioral biologists that suggests that dogs are capable of laughing, too. Stanley Coren, PhD did a good job breaking down the study here and talked how the discovery was made using recordings of dogs. The article also describes how to identify the sound as well as make the sound, too.

Happiness is an understandable feeling, but are there any feelings that dogs do not have? Yes, and the most common answer from researchers is overwhelmingly the feeling of guilt. While some people believe that their dog makes a guilty face or has a reaction to something that they did wrong, most researchers agree that feelings such as guilt or shame are too complex for dogs. Instead, what you perceive as guilt is likely your dog feeling fear.

What Are Dogs Thinking About When They Are Happy?

As mentioned above, dogs' brain show that they think about their owners and process thoughts of them in the “reward center” of their brain. In addition to feeling happy when thinking about their owner, familiar faces, and familiar places, dogs also respond with happy thoughts and feelings when presented with food. Obviously.

Some dogs are more likely to react with a stronger emotion of happiness to their owner and praise over food, but most seem to like food better. Dr. Gregory Berns tested if dogs love praise or food more. His findings showed that about 80% of the dogs tested responded more positively to food, 20% of the dogs tested responded better to praise instead of the food. In addition to this study, he was able to determine that dog’s brains are able to process faces along with other distinguishing qualities (such as scent).

Although numerous studies have been done to image dog’s brain, test their responses to stimuli, and try to understand their thoughts, it is unlikely that we will ever know exactly what a dog is thinking about at all times. Thanks to the studies already completed we do know that dogs think, their owners make them happy, some dogs prefer praise over treats, and dogs can feel basic emotions.

READ NEXT: Your Dog Knows About Your Goals and Thinks They’re Not Up to Snuff 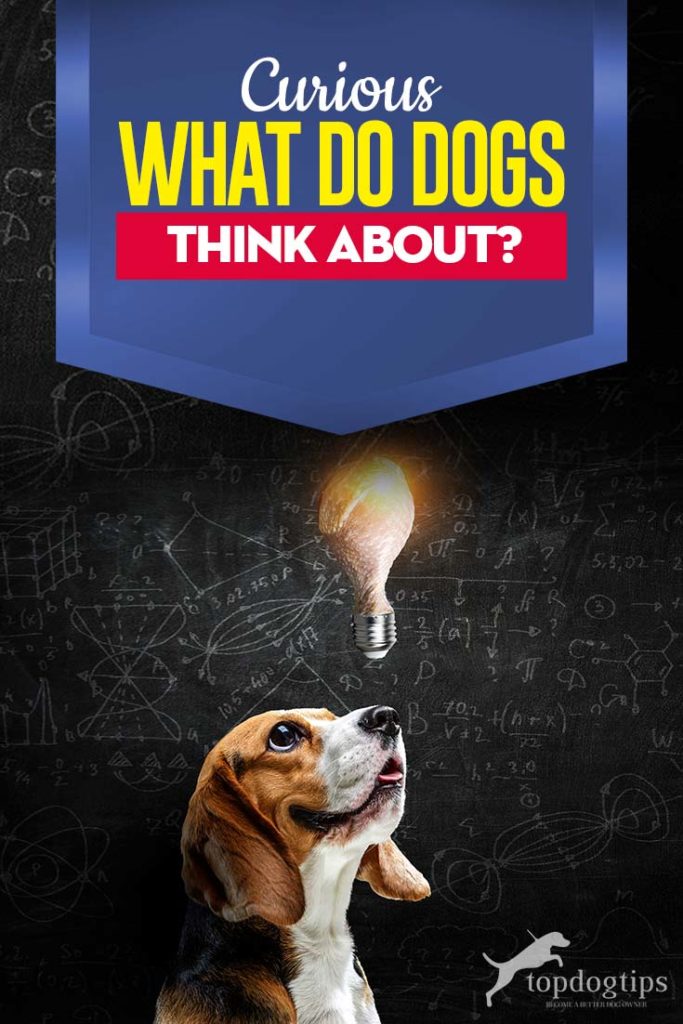