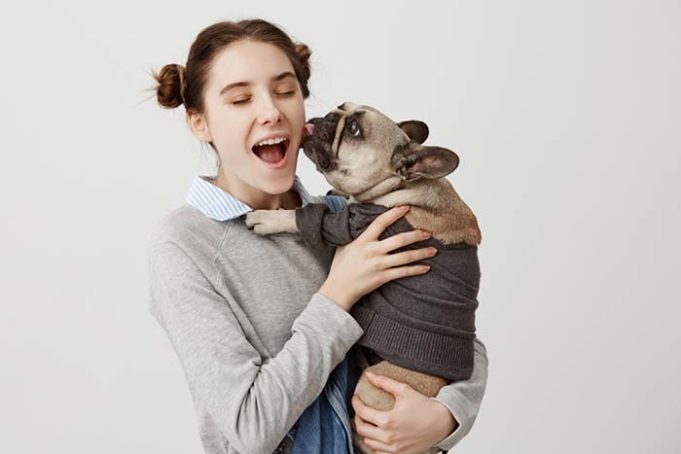 As it happens, baby-talking your dog is a bonding experience no matter how ridiculous it may make you feel, scientists say.

Sometimes the urge to baby-talk an adorable puppy is just irresistible, but does it do anything to increase your bond? Almost everyone who has a dog, and even those who just encounter them in their day-to-day lives, has been reduced to babbling at them incoherently. The practice is similar to the way that people speak to babies, referred to by scientists as “infant-directed speech.”

“When we mixed-up the two types of speech and content, the dogs showed no preference for one speaker over the other. This suggests that adult dogs need to hear dog-relevant words spoken in a high-pitched emotional voice in order to find it relevant.”

University of York’s Dr. Katie Slocombe added that infant-directed speech is an instinctual action that helps a human baby bond with an adult as baby-talking aids language acquisition. Dog ownership has changed throughout the years and culture has shifted from dogs simply being pets to them being considered family members. As a result, people may have adapted to viewing puppies in the same way they view babies, and the way we talk to them has changed, too.

In this new study, a group of researchers wanted to find out if dog-directed speech did the same things as infant-directed speech and increased bonding between people and their dogs. Their experiment involved people using different tones and phrases with adult dogs and puppies and found that dog-directed speech is most effective in increasing human-dog bonding when we use high pitched voices and dog-related phrases.

Asking your dog excitedly if he wants to do taxes isn’t as effective as asking if he wants to play, it turns out. But talking to your pup in a high-pitched voice might help him bond and engage with you more. This can help improve training, play sessions, and increase the overall happiness of your dog.

RELATED: The Science and Psychology of Dog Language – Does Your Dog Get You? 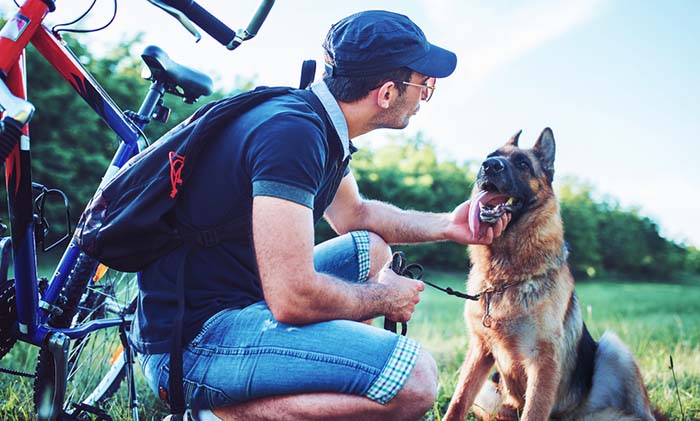 What Else Can Baby-Talk Achieve?

Using baby-talk with dogs throughout their puppyhood may also condition them to expect rewards and praise in the presence of that specific tone. Their positive reaction to baby-talk when they’re adults may be a result of this conditioning. It might also improve their attention span.

However, the reason we baby-talk our dogs may have little to do with the dogs and more to do with us. Baby-talk may be triggered by the idea that whoever it’s directed at doesn’t understand the language itself and will instead benefit from the tone used when speaking to them. In babies and dogs, it’s considered an “attachment behavior,” meant to encourage them to bond with us.

Psychology Today suggests that attachment behaviors like baby-talk also activate the reward centers in our brains and send out chemicals like dopamine and oxytocin. The chemical release is related to our primitive want to love and be loved and is typically reinforced during infancy between parent and child. Oxytocin and dopamine increase happiness levels and lower stress, satisfy the human urge to nurture, and even lower blood pressure. Engaging in baby-talk with your dog may contribute to all these positive bodily responses. Looking into a dog’s eyes has the same effect on the human brain, which might be a result of thousands of years of human-dog bonding.

So, no matter how ridiculous you might feel when you drop to your knees and babble at a cute dog, don’t worry—they like it just as much as you do, and it’s good for you both.