Dog behavior is almost as complex as human behavior, although much of it is innate. Their emotions are a mystery to us, but as pet owners, we'll often suspect conditions in dogs that are similar to humans, such as dog autism. But can dogs have autism, and what do experts say? 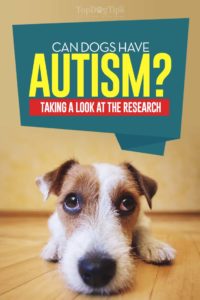 The real answer is – we don't know. Dog autism has been studied since 1960s, yet we still have no certain answer to this question.

However, while there is no clear science yet on this, some evidence shows that it's possible for a dog to have autism based on what we have from human research, particularly in autistic kids. But there's a lot more to this, and dog autism could, in fact, be a real condition. The answer to can dogs have autism question lies somewhere in us understanding dogs' behavior better, so let's start there.

Studies show that our canine friends can suffer differing emotions that are very like our own feelings. Watching your pet pooch, once you get to know their individual traits, you will start to notice when they feel happy or fearful. Dogs may even have a sense of humor, scientists say. In fact, there's some research that states how dogs can laugh and smile too, according to Psychology Today.

To some extent, their bodies function similarly to humans, in that they produce hormones and chemicals that help determine their moods. Some studies have shown they even have the same production of the famous love hormone, oxytocin, which is the reason we experience the feeling of affection for puppies and majority of animals.

With better understanding of our dog's general social behavior and emotions, we are able to deduce and compare how closely their reserved and unsocial behavior resembles autism, including any similar signs we see in autistic kids. Below is what I've found on what scientists have already researched, and what they believe about dog autism.

Can Dogs Have Autism? 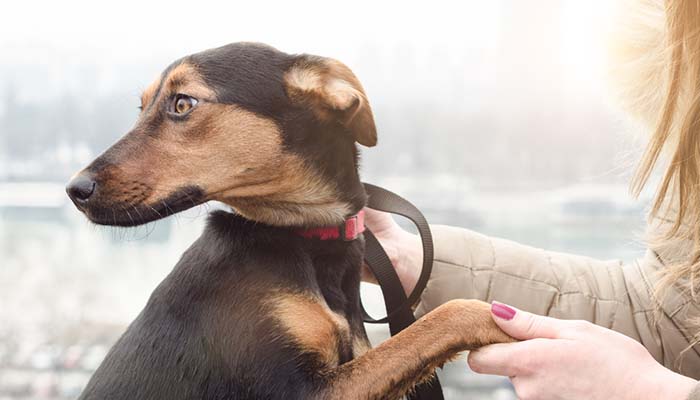 How Autistic Dogs Would Behave

Autism is developmental disorder affecting the subject's communication and interaction. It's likely you've noticed your dog shying away from you, or being closed off, and now you wonder, can dogs have autism, and what can you do. Let's take a closer look at this.

It's clear that there's a lot of similarities between humans and dogs when it comes to emotions and the state of mind. This is crucial to understand before we can effectively answer, can dogs have autism, and how does this condition manifest itself in canines. It's also important to know a dog's way of communication, which is intrinsically related to potential dog autism condition.

For example, most recent studies found that dogs do, in fact, communicate to us using their facial expressions, which is how dog autism would be expressed. Other studies have also proven that certain hormones can cause aggression in dogs, and the similar pattern can be observed in other canine behavior, such as autism.

There are certain patterns to understanding your dog, in particular his facial expressions and body language. Dog sounds and vocal communication must also be factored in. But much of your pooch's communications comes through its tail, such as:

But what if your pet dog is behaving more withdrawn? You are sure that your pooch is not unhappy at home, because he is well loved by the family. These symptoms of what appears to be sadness could mean that the dog is suffering from a developmental syndrome or cognitive dysfunctions. It's not the emotional mish-mash of hormones.

In human children, if a child is not communicating, or interacting as well they should for their age, specialists will assess the kid for autism. Diagnoses of autism in kids depends much on where they are on the spectrum. The results will define how well a child can live a what we would classify a “normal” life.

Diagnosis of autism is carried out by testing, like for any other neurodevelopment disorder. The child is assessed on how much they socially interact and how they behave in social groups. They will also assess whether the kid have developed any repetitive behavioral patterns.

EXPERT INTERVIEW: What is Dog Psychology?

Can Dogs Have Autism? 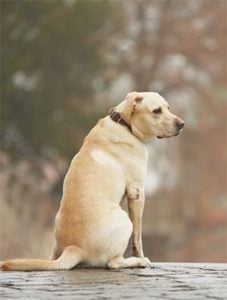 The evidence on autism in dogs is patchy at best. Some studies seem to show that similar symptoms of autism are present in dogs. Patterns such as repetitive motor behaviors are often a symptom of autism in people, and it may show in a dog in various ways, such as:

A genetic condition, Fragile-X syndrome, is common in people with autism. In people, this presents itself as a prominent forehead, large ears, a long face and high-arched palette. You could argue that these features are similar in a Bull terrier. Does that make them more liable to suffer autism?

In 2014, The American College of Veterinary Behaviorists discussed similar investigations. There they referred to a study carried out on Bull terriers. It had highlighted the repetitive signs of tail-chasing. The dogs that compulsively acted in such a way were also noted to be socially withdrawn. Plus, they struggled to follow training instructions. It was more common in males who also showed aggression tendencies. Experts have long suspected that such behavior is similar to that of autistic children.

There is another ongoing study that specifically looks at autistic kids and dogs that have been presumed to have dog autism. We haven't seen any conclusive results on this yet, but the scientists are attempting to provide a better answer, can dogs have autism or is that simply something we're incorrectly assuming based on what we see in kids?

Can dogs have autism? We don't know. It's possible for dogs to be autistic, but more evidence is needed to confirm the many hypothesis that have been proposed by scientists since the 1960s.

ALSO READ: Science of Human-Dog Psychology – Are You and Your Dog a Good Match?

Going on the assumption that dog autism is in fact real, these could be the indicators that you dog has a problem with socializing, a common symptom of autism. Do remember though, there could be a whole number of other reasons why your dog is behaving in this way. Pooch may be ill. If it's a rescue dog, he may have suffered abuse in the previous home or is experiencing high levels of stress. If in doubt, consult a vet.

Be realistic in your observations. If your dog only shows a few of the symptoms, or occasionally acts this way, it may not be dog autism issue and simply be your Fido's personal characteristics coming through.

Many veterinaries would be cautious on describing certain behaviors as canine autism. Few though would deny that some symptoms are very similar to those of autistic people. One explanation, proposed by some animal specialists, has similarities to autism in humans – Mirror Neuron dysfunction, which has been linked to autism. It's also named as “monkey-see-monkey-do,” as it was first identified in rhesus monkeys.

Scientists tell us that the Mirror Neurons function to help us learn and replicate behaviour from others. The child would often copy the parents. There would be other higher cognitive functions too. Such behavior helps us to identify and empathize with others. Autistic people often have difficulty with understanding others, and of being empathetic.

There is no concrete scientific evidence not only that dogs may have this dysfunction but that dogs even have Mirror Neurons. One study has shown though, that dogs do mirror the behaviour of other dogs so it's currently suspected by scientists that dogs may in fact have Mirror Neurons, which would bring us closer to understand the reasons for dog autism and help answer the underlying question, can dogs have autism.

Dogs that display these types of behaviors will be harder to understand. It may even be difficult to become fond of them. This is because they often do not return your affections. If anything, they are the ones that need the extra love and patience. Studies continue, and perhaps one day there may be evidence on whether a dog can suffer from autism. That day is not today, however.

Is Cat Food Bad for Dogs?