It's inevitable to encounter other dogs when taking your pooch for a daily walk around the neighborhood or to a dog park. While generally this type of socialization is beneficial for your pet, in some cases you might come across aggressive dogs. Knowing what to do in a dog on dog attack situation can help you keep everyone away from harm.

ALSO READ: 20 Dog Park Horror Stories (and what you can learn from them)

Prevention – Watch out for the Signs

When you are out with your pooch, always stay on your toes and watch your dog closely. If you pay attention, you can prevent a potential fight by reacting on time. Watch out for the signs of aggression in other dogs as well as your own. There are certain behavioral traits aggressive dogs exhibit, some of which every pet owner must know well.

If a stranger dog is circling around your pet, or stalking him, this may indicate a potential attack. Raised hackles and tight lips are also signs of aggression. While some of those actions may be an intention of “puppy play,” it's best to assume the worst before the situation is clearer to you. Barking, growling, snapping, lunging – all of these things may be a clear intention to attack.

When you notice any suspicious signs, it's crucial to stay calm and composed. Not only so that you can react to the situation appropriately, but also because any sharp actions may escalate the potentially harmless encounter into a dog on dog attack.

Don’t yell at the other dog or make any threatening moves. Keep your pet close to you – call him if he is not by your side. Ideally, you must have a well-trained dog with the basic understanding of most common commands like “come” and “stay,” which will help to avoid confrontation. Some behaviorists advise against picking your dog up since that can encourage the stranger animal to leap at you and potentially hurt you as well.

Try to put something between your dog and the potential attacker, anything that can be thought of as a barrier, then walk away from the other dog, calmly and slowly. If your dog seems intent to retaliate or stand up to the other dog, you need to distract him. More often than not, there's also the owner of the stranger dog around – see if you can get his or her attention to call the dog.

I cannot emphasize enough the importance of training basic commands to your dog, not only to save him from being attacked by other dogs but also to prevent your own pooch from attacking other animals. Experts agree that it's usually the owners of aggressive dogs – not their breeds – that are at fault for dog on dog attacks we encounter now and again.

When Fight Breaks Out – What to Do

If you can’t prevent the dog on dog attack and you see that the confrontation is inevitable or has already started, you can try to break up the fight depending on the situation but do so in a safe way. It's not easy and can even be dangerous for you too. However, there are a few things you can try to do.

The one thing you should not do is get in between the fighting dogs. Consider what happened to the Olympic gold medal skier Lindsey Vonn who talked about trying to break up a dog fight and then ended up in the hospital.

You know your neighborhood well, and if there are always other dogs around, it's best to have a dog repellent spray whenever you go for longer walks or to a dog park. It's the safest and most effective way to deter dogs from fighting.

Another option is to throw a blanket or your top over one of the dogs. Not being able to see each other will stop some dogs from attacking each other. You can use a jacket, a tarp or any other thing that can do the work.

Finally, a possible deterrent is water. If you have a hose, use it. A bucket or even a bottle of water can be helpful. Any other liquid will do as well. When you go to a dog park or even for a walk, if you don't own a dog repellent spray, then take a spray bottle with you to use it if necessary.

Yelling at either dog may or may not work if the fight has already started. When that happens, try to yell “No!” over and over (or use any other deterrent command you've used on your own pooch before). Most dogs know the meaning of no, so that can be helpful, albeit rarely. 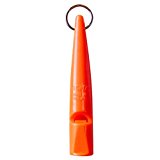 The goal is to make any loud noise you can – shriek, clap your hands, stomp your feet. If you have metal pieces of any kind at you, bang them together to make even more noise. You can also use a stick or some other object and hit it over a hard surface to try to distract the fighting dogs. If you have one, you can also use a dog whistle – they sometimes work, but the dogs may be too into the fight to pay attention.

According to dog training experts at Leerburg.com, there is one sure way to break up a fight between two dogs – the wheelbarrow method. This method works best with two people breaking up the dog fight since it is not as safe otherwise. However, you can try it even if you are alone.

Grab your dog or the aggressor on the top of his hind legs, approaching him from behind. Lift his paws off the ground into a wheelbarrow position. Start walking backwards to one side to avoid a possible dog bite.

Another similar tactic is to use a leash, with a training dog leash being the best option here. Slide one end of it into the looped end, then slip it under the stomach of the dog, towards the groin. This will create a sling, allowing you to lift the dog to break up the fight. This method can help you keep your hands away from a dog’s mouth, but you still need to be very careful when you do it.

What NOT to Do During a Dog Fight

As mentioned above, never try to break the fight with your hands. If you insert your arms between two dogs, you will certainly get bitten. Also, never get between dogs since you can become the primary target in that case.

Here's a video with a good example of how to break up a dog fight effectively: 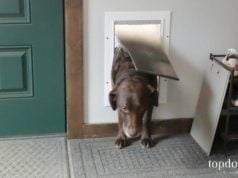