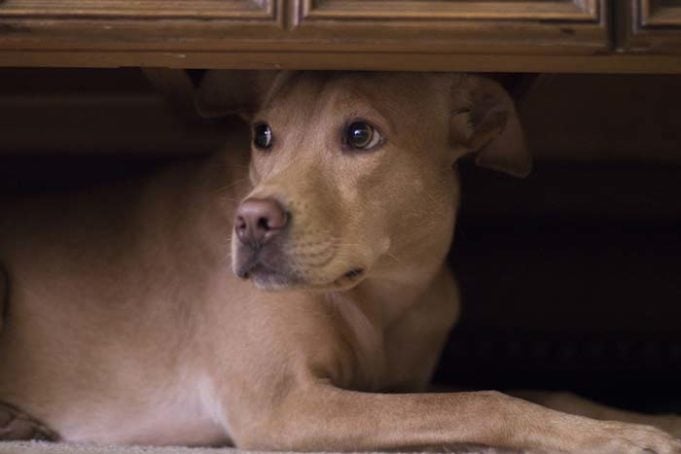 The number of dogs who run away from home because of fear of fireworks usually spike around holidays that allow fireworks in the city, such as July 4th.

Holidays when people shoot fireworks are a most stressful times for dogs and unfortunately, the loud sounds and bright lights from the fireworks display trigger dogs to run away. Some dogs, however, seem to be fine with this, especially if they've been accustomed to the smell of gunpowder or have gone hunting with their owners more than once.

However, if your dog is sensitive to the sights and sounds, experts advise that it's best to be prepared. Aside from the noise and lights, dogs could be confused and upset about the gatherings. So, what can owners do so their dogs won't run away during the fireworks and festivities?

1. Watch Out For The Warning Signs

Dogs show signs of fear by pacing restlessly and will likely want to stay close to their owners all the time. They could also shake or tremble, begin to pant heavily or salivate.

Some dogs, however, might demonstrate destructive behaviors like scratching, gnawing or chewing on furniture or their humans' things. Some show their nervousness by licking. Other dogs, on the other hand, could lose control of their bladder or bowel movements. 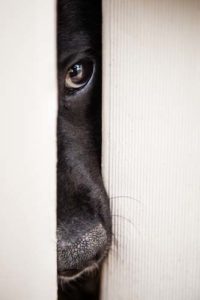 Dogs need a safe space when they feel scared, so consider crating them before the fireworks start. Fill their crate with lots of toys and put their favorite blankets and pillows. If possible, cover the crate so they would feel more secure.

If you don't have a crate, however, you can put the dog in a familiar part of the house. Make sure that the doors and windows are properly locked so there's no chance of escaping.

If you have to be away for the holidays, make arrangements for the dog to stay with a friend, or book them in a kennel or doggie daycare. If possible, bring your dog to these places several times before you have to leave so that they will get used to the environment.

RELATED: Would You Give Your Dog A Prescription To Help With Noise Sensitivity?

3. Update Your Dog's ID Or Microchip

Now is the best time to update your dog's identification. Whether they wear a dog collar or have microchips embedded, you have to update it with your current mobile number and any relevant details that might be of help in case they do get lost.

Unless your town will use noiseless fireworks, it's best to prepare well in advance. Hours before the festivities start, bring the dog to the park or take them for a walk. Dispensing their energy won't keep them on edge once the festivities begin.  It might also help them sleep better that night if they’ve been tired from playing and walking all day. 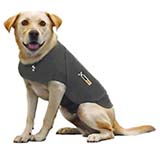 Lately, Thundershirts have become a necessity for dog owners. These were invented to help dogs cope better during thunderstorms, but it has the same effects for fireworks, too. There's a number of other, cheaper, anxiety vests for dogs but Thundershirt is the leader in the area.

Thundershirts are spandex dog vests with straps. It's supposed to put pressure and feel like a warm hug, which gives dogs a sense of calm. Though there isn't enough scientific evidence to prove that Thundershirts work, animal behaviorist Michelle Mullins said in an interview with Wired that she has seen some successful attempts.

6. Discuss With Your Veterinarian

Consider discussing anti-anxiety medications for your dog with a veterinarian. Be sure, however, to only use the recommended dose. If you don't like to sedate your dog, you can use a calming spray.

7. Train And Acclimate Your Dog

If these short and immediate fixes don't work, start making a long-term plan to train your dog to be acclimated to the sights and sounds of fireworks. Realistically, the whole process might take three to four months of consistent training.

To do this, play a recorded sound of fireworks before his meals, or walks, or playtime. This way, he will be able to associate the sound with a good thing. As the training goes, increase the volume of the recorded fireworks until he becomes used to it.

READ NEXT: Your Dog’s Noise Anxiety May Be Related to Musculoskeletal Pain

Dog Hair Loss: 5 Reasons Why It Happens and What To Do 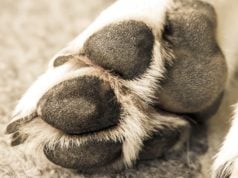 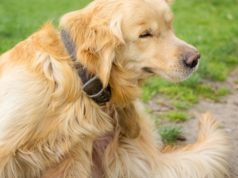 My 3 Favorite Home Remedies for Fleas on Dogs 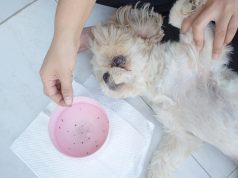