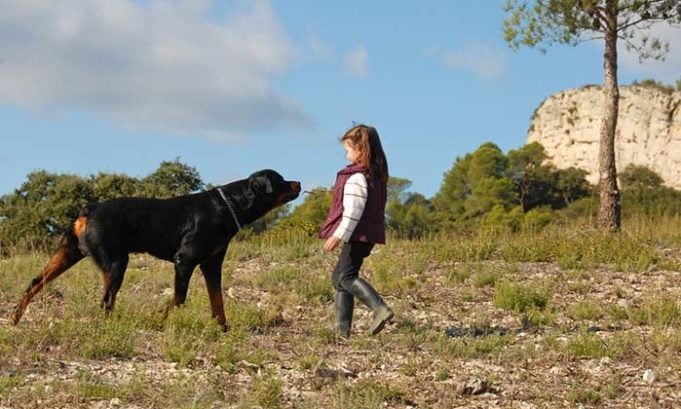 New research found that dogs are the second most dangerous fatal nonvenomous animal encounter in the United States, with children under 4 years of age having the highest fatality rate.

Despite my endless love for all members of the animal kingdom, for some reason I was a lot more prone to animal-related injuries when I was younger than other kids my age. Maybe it was my happy-go-lucky nature that made animals anxious around me? Or the fact that I spent most of my summers at my grandfather's farm, where accidents are just a lot more common in general?

The main culprits in my animal mishaps were dogs, and this has been confirmed over and over in studies every year. This year, researchers from Stanford University used the Centers for Disease Control and Prevention's Wide-Ranging Online Data for Epidemiologic Research (WONDER) and found the exact same thing – dogs are still dangerous when we don't approach them the right way, and don't educate our kids about canine behavior.

“Unfortunately, deaths due to human-animal encounters did not decrease from our prior study. Animal-related deaths in ‘controllable' situations, such as on the farm or in the home, still account for the majority of the deaths. Little in the way of public health policy in the farm workplace has changed since our previous paper.”

I've been a long-time dog owner and I love them to death but I've been bitten by dogs more times than I can count on all my fingers and toes. Mostly the occasional nip on my arm or leg, once, notoriously, on my face. A big dog once knocked me over with the force of his jump and made me hit my head. I've been dragged by dogs so hard during walks that I've had my shoulder dislocated.

Whatever injury you can come up with regarding dogs, I've probably had it as well as a few others you wouldn't imagine – like that one time my uncle's dog pushed me in a river, perhaps. I don't fault my dogs for it – it's my responsibility to prevent this. Now why does this happen? And what can we do to prevent it?

We read about these dog related accidents almost daily in the news. Normally, when an accident like that involving a dog takes place, blame is placed on both parties involved. The owner says that it was the victim's attitude that provoked their pet. The victim blames the owner for not training their dog properly or for having them off their lead.

The truth is somewhere in between – and we need to do something about it, fast.

Kids are in danger of dog attacks 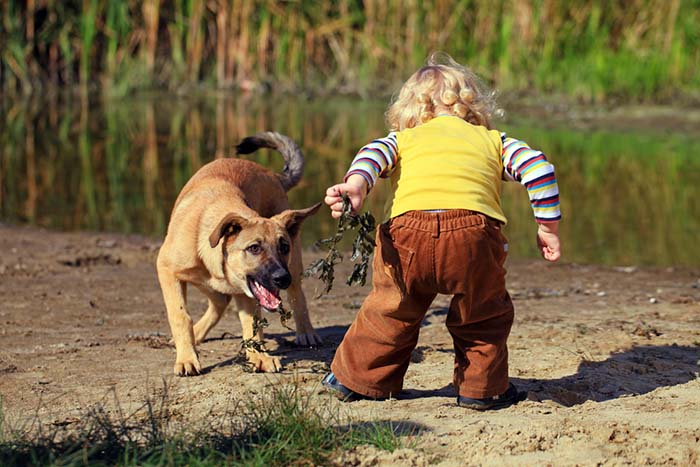 This new research published in Wilderness & Environmental Medicine journal has shown that encounters with dogs account for majority of deaths in the United States (from nonvenomous animals).

“The burden of fatality upon young children after dog encounters remains troubling. These are preventable deaths.”

Sadly, the most common victims are children under the age of four – they are twice more likely to be attacked than adults over 65 and four times more likely than adults of any other age. And we've seen similar statistics before in studies on aggression in dogs.

The rate of children fatalities is 4.6 per 10 million – which, while it might not sound as high, is still high enough when you put it in perspective.

Scientists are unanimous that those dreadful accidents are fully preventable with a bit of knowledge for both sides. And we've already seen studies where experts warned that children don't know how to approach dogs, and it's a real problem that needs fixing. This is of course for parents and responsible dog owners to address, and it can be completely preventable.

For dog owners, socialization is essential. Make sure your dog is comfortable in the presence of other people, strangers, and especially children. Even when your dog's excited, a child may misinterpret their reaction as fear, which will in turn make the dog anxious and make them enter a vicious, unpleasant cycle.

Test your dog out and see how they react to your friends, or to strangers. If you see any signs of fear and anxiety, always keep your dog on his or her lead. Prioritize training and use the help of a canine behaviorist or professional trainer if you can't solve this yourself. 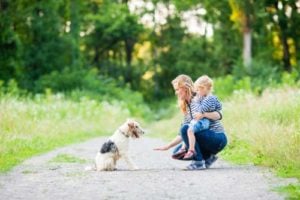 Dogs are not mean by nature, but especially when it comes to rescue dogs, you may never know the events in a dog's life that shaped their character. So, don't take educated guesses and employ a strategy that will decrease the above dog attack numbers.

Parents, you can also do your fair share to keep your child safe from harm. If you don't have a pet at home, make sure they meet dogs in their lifetime and understand how to behave around dogs. Don't teach them that dogs are scary, or that they can hurt them – instead, tell them that dogs are great friends, but teach your child to respect dogs' personal space and to recognize the signs of anxiety and fear in dogs.

Back to my childhood mishaps – was it my fault? Or was it my granddad's fault for not training his farm dogs properly? The answer is that it was both of us. As a child, I shouldn't have been trusted to be so forthcoming with dogs, and as an owner, my granddad should have been more responsible.

But those accidents have left me with a chip on my shoulder for all my future encounters with dogs. I'm more aware of the things dogs can do, and I will teach those things to my own kids. Most importantly, they've taught me that if I want respect from a dog, I need to respect the dog as well. It's a two way street.

READ NEXT: The Ultimate Guide for Raising Kids with Dogs – 17 Things Every Parent Should Know