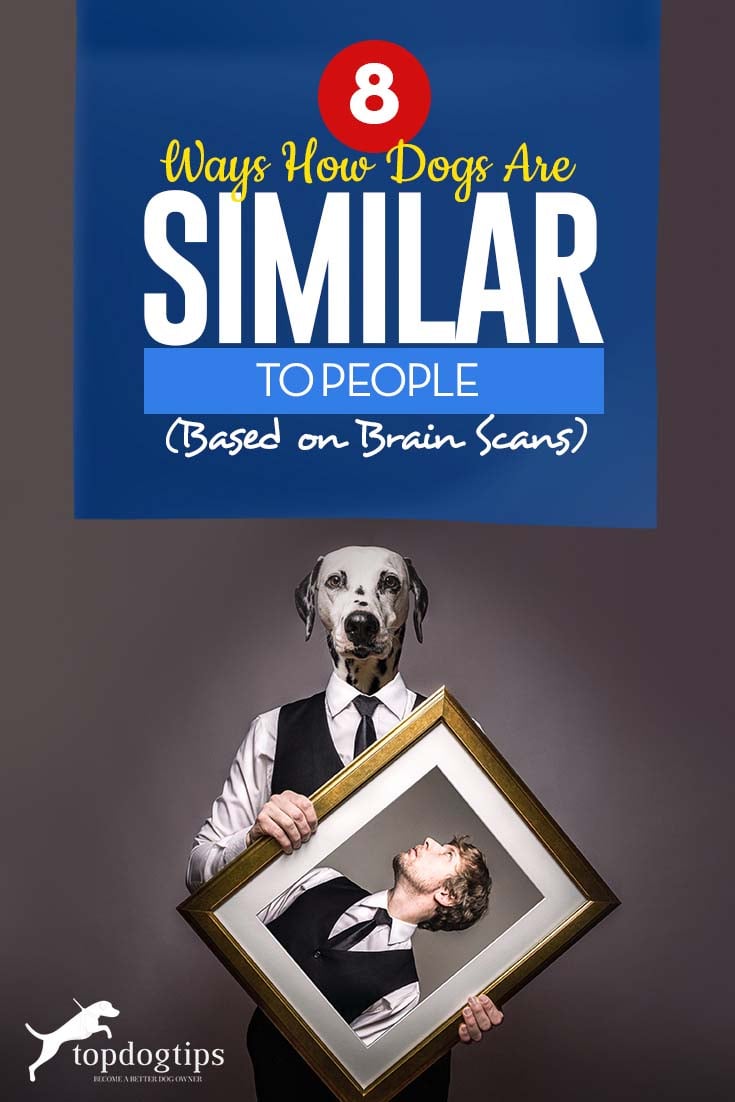 You probably wonder sometimes what thoughts are going through your pup's head. Do you know what are dogs really thinking about? It’s a question most dog owners desperately want to know about their pets since dogs can’t speak or express their feelings as effectively as we can. And dogs' feelings, thoughts may be the reason why our dogs are similar to us, and especially their own humans.

Emory University neuroscientist Gregory Berns and his team have been conducting MRI studies of dogs' brains for years through the Dog Project. They have been scanning the dogs in the hopes of determining what these beloved animals are actually thinking and feeling.

The experiment has had much success so far in understanding these animals but the Dog Project has only scratched the surface. Here are at eight answers to the questions pet owners might have about their furry best friend, as supplied by the experts of the Dog Project.

1. Dogs have a similar love of food and love of humans, and their brains respond in the same way

In the conducted experiments, the scientists found markers in most of the dog's brain circuits that showed the same activated response. Experts tied this to the dog's concept of a reward system from two different cues: food and their humans.

Apparently, a part of their brain lights up when they received food. But the same part also lights up if their owners are there for social contact, such as when their humans give the dogs praise or a pat on the head.

But the experts stated that dogs are still individuals who may have different responses. In their studies, there were some dogs who preferred the praises and social contact better than food, and vice-versa. However, the vast majority of dogs had equal responses, leading the experts to conclude that dogs love food and humans in equal ways.

2. Dogs can pick up on words that humans speak but it's hard to say if they truly understand what it means

It's true that dogs can pick up important words from humans. They know what a person means when she says “Get the stick.” But the experts are still trying to determine if these words pull up a mental image for the dog.

At this point, it's hard to conclude if dogs can conjure a visual representation of a stick in their head and understand that there's a real thing.

Dogs might just be associating the sounds from the words of humans. The experts are still not certain dogs get semantics.

3. Dogs have a variety of different emotions

The MRI scans of the dogs in the experiment picked up different reactions from the cues given to them. They showed a range of responses that, for the scientists, are like emotions.

But other scientists don't accept that dogs can have feelings. Berns explained to National Geographic that the hesitation or confusion might lie in the fact that humans have labels for these feelings, such as love, happiness, fear or guilt because men have a language. 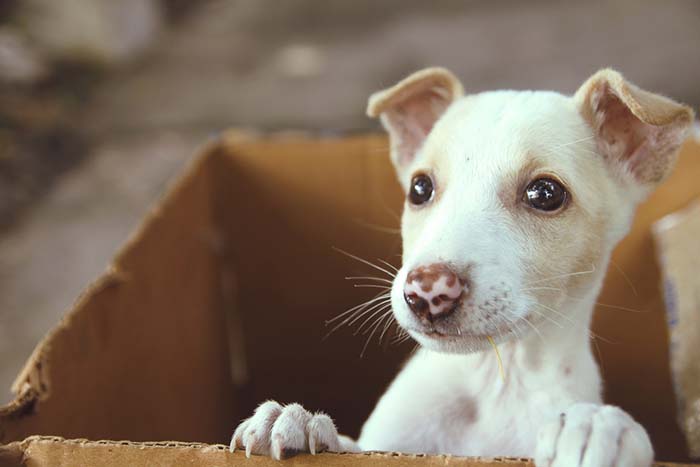 4. Dogs may be trying to communicate using their eyes, faces and manipulation

Since dogs are social animals and the first animals to live and become domesticated by humans, it's possible they are trying to communicate with us. They might try to use their faces, especially those manipulative puppy dog eyes, to connect. Unfortunately, there are still no definitive studies that prove this is the case.

5. Dogs have a concept of time

Dogs understand the concept of time. Similar to humans, they possess an internal body clock, called the circadian rhythm, that tells them if they are hungry, or if they need to pee and poop, or if the environment outside is changing from night to day.

But the humans' concept of time involves seconds, minutes or hours. It also includes the “what, when and where” as men have episodic memories and can remember episodes in their life like their childhood, family holidays or milestones.

Dogs, on the other hand, use their associative memory to gauge time. They associate a smell, sound or routines. They don't perceive time as the passing of seconds, minutes and hours, as per a study in the journal Applied Animal Behaviour. 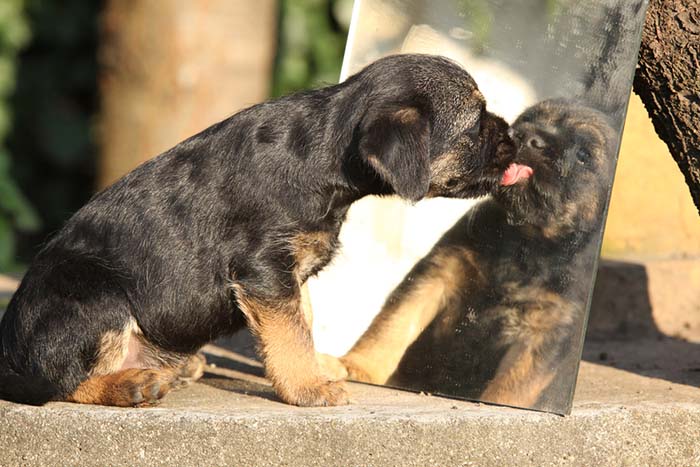 Dogs can recognize themselves based on their sense of smell. A study in the journal Behavioral Process proved that dogs have the ability for self-recognition and self-awareness if they relied on their noses.

They can tell the difference between their pee and other dogs. But their awareness is more about “this is mine” rather than “this is me.” But dogs won't be able to recognize themselves in front of a mirror. They are beings with a strong sense of smell than sight, after all.

Dogs possess their own personality traits based on the cues from their amygdala. Some of the dogs' amygdala appears to be more triggered by the cues around them. It's what makes up their differences even if they are raised in a similar environment.

If you'd like to know your dog's personality and temperament, you can try filling out a C-Barq test. This is what the scientists use for their experiments. 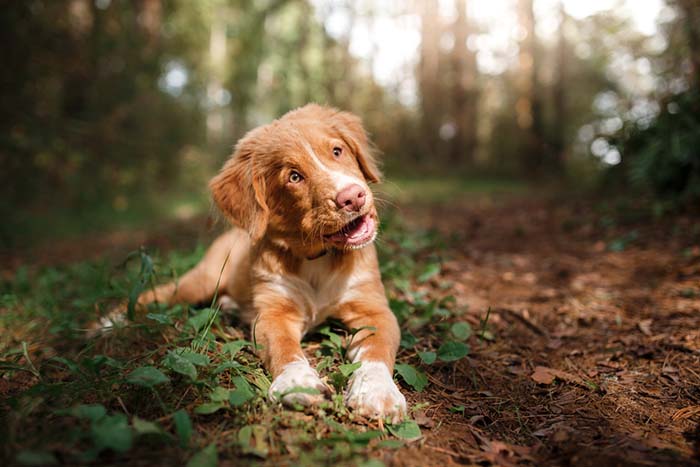 8. Dogs' responses to cues can be different even if they are of the same breeds

Similar to innate personalities, dogs have varied brain responses to the cues around them even if they are from the same breed. They can be as different from each other when they're from the same littler, which might prove that dogs are their own individuals, in the same way as each human is their own person too.

Dogs are still considered properties under man's laws. The purpose of this experiment is to prove to the world that dogs cannot be lumped in the same category as furniture.

They deserve to be treated like another person because they are sentient beings with feelings, emotions, and personalities. They also value social connection and interaction just like humans do. They have superior social intelligence compared to other animals.

The Dog Project conducts their experiment in Atlanta voluntarily. The animals are not subjected to stress and pressure. They just have to sit still at inside the MRI machine so their neuron responses can be measured.