A dog is the only thing on earth that loves you more than he loves himself.
~ Henry Wheeler Shaw

Shaw was right. Dogs are some of the most trusting, loyal creatures on earth. They’re almost always inherently kind creatures.

The phrase “man’s best friend” has been around for centuries. It’s attributed to King Frederick II of Prussia in reference to one of his Italian greyhounds. But the relationship between dogs and humans has existed for even longer than that.

Drawings of humans and wolves hunting together dating to prehistory have been found on cave walls. The relationship between the two was a match made in hunter heaven. Wolves were better than humans at tracking, but humans were better at killing things quickly and with as little personal risk as possible (which probably doesn’t reflect too well on us).

In order to have any kind of relationship there needs to be a solid foundation of trust. Whether we're hunting with dogs or spending lazy days on the couch snuggling our spoiled house dogs, trust is a key factor in the relationship. Not all dog owners respect this trust though, and that's when human/canine relationships can go awry. 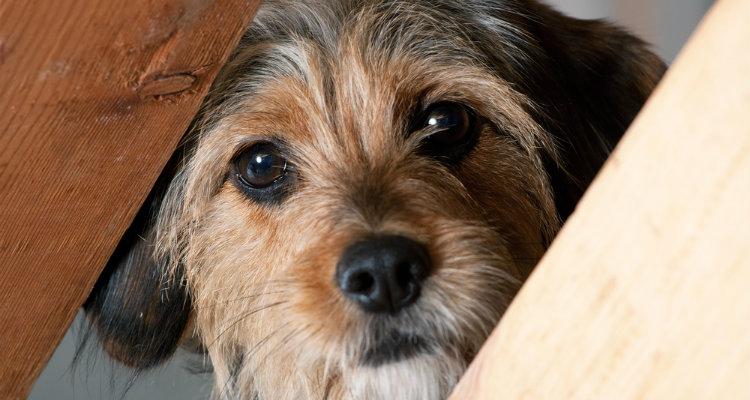 How Owners Lose Their Dogs' Trust

Trust is necessary in just about every situation a dog and his owner share. Whether it’s playing together, going for a walk, eating, or just spending time together, if your dog is fearful of you, your relationship with him is probably permanently damaged, never to be rebuilt. You can lose your dog’s trust in a number of ways, all of which are avoidable if you have a strict ethical “code of conduct” as a dog owner.

Ways in which You Can Lose Your Dog’s Trust

Abuse is the most visible means of losing your dog’s trust. Because dogs are so common in our society, it’s not surprising that they are the most commonly abused animal. Abuse of a dog is one of the most grievous crimes one can commit, and it has lasting effects on the psychology and physiology of the abused dog.

If you abuse your dog, you’ve broken the trust of an animal who has done nothing except love you completely, and there’s no coming back from that. If you have lost your dog’s trust, it’s advisable that you contact a dog-adoption group. You should not get another pet until you deal with your personal issues.

RELATED: How to Dress Your Dog and Avoid Embarrassment

Injury to your dog is not limited to direct abuse of the dog himself. Usually, a dog bonds with each of member of the household, and seeing one of them abused by another is devastating for a dog as well. He's torn between loyalty to the abuser and loyalty to the victim.

Similarly, when tempers flare and one household member physically assaults another, the dog can get hurt by unintentionally being in the way of violence directed toward another or by intentionally trying to protect the victim. Abuse due to domestic violence kills an alarming number of dogs every year. Estimates are as high as one million.

Neglect is also a way that a dog’s trust can be lost. Neglect of a dog is defined as the refusal, either purposefully or accidentally, to provide necessities essential for a dog’s quality of life such as food, water, shelter, medications, healthcare, and other things.

Neglect is more difficult to spot than abuse, and animal abuse laws are often dependent upon the testimony of a witness; the “see something, say something” method. Physical abuse is easier to see. Lacerations, abrasions, and other wounds are more noticeable than the gradual changes in a dog’s physical appearance due to neglect.

For example, by the time the ribs show on an animal whose owner has not provided dog food, it may be too late to save him. The emotional neglect of a dog who has been tied outside and ignored may also be hard to spot until a human approaches him. By then, it may be too late for the dog to recover his trust in humans.

RELATED: Interactive Puzzle Toys for Dogs as a Brain Exercise

Ignoring your dog is another form of abuse. Love and acknowledgment of the dog’s place in your life are essential to a dog’s psychological health. If a dog feels that his owner does not care about him, it can have devastating psychological effects, possibly triggering anxiety, depression, and violent behavior. You can lose your dog’s trust by ignoring him.

You can lose your dog’s trust by being inconsistent as well. Dogs are innocent, if a little mischievous at times, and their misbehavior is not malevolent. The owner should make clear what kind of behavior he expects from his dog. Discipline should be firm and consistent without harshness or maliciousness.

Rewarding the dog for a behavior sometimes and punishing him for the same behavior at other times will only confuse him and is likely to reinforce the undesirable behavior. Use positive reinforcement consistently and respect your dog’s need for attention and training.

If you pay attention to your dog sometimes and ignore him at other times or if you’re mean to him sometimes and nice at others, he won’t know what to expect. He will always be nervous and afraid of you. His trust in you will be damaged or will not develop at all.

Dogs need to be on a schedule, and consistency in this area is incredibly important. If you sometimes feed your dog at a scheduled time and don’t feed him at that time on other occasions or forget to feed him at all, your dog will always wonder if he’s going to get these essentials.

RELATED: How to Deal with Dog Aggression Without Training Collars

He will not trust that you will always provide for him because you haven’t shown yourself to be reliable in the past. Dogs learn what to expect from their owners’ behavior. If there is little organization, they will become unsure and tentative. 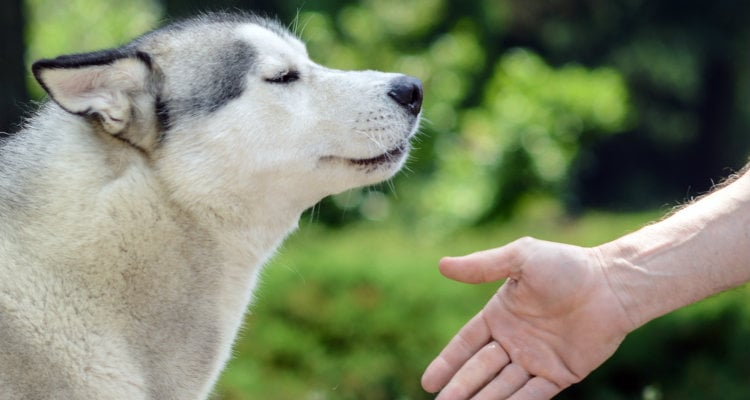 As a pet owner, you must use the Golden Rule as your code of ethics. Don’t do anything to your dog that you wouldn’t want done to you. As his owner, you should be good to your dog. Regardless of your flaws and failings, your dog loves you unconditionally. Be kind, consistent, and loving toward him. Give him quality food and the healthcare he needs.

A dog's trust is sacred. As one of the most loving and gentle creatures on earth, dogs are eager to be your best friend. We owe it to them to return the favor. You should begin building your dog's trust from the first moment he comes to your family. Even as puppies dogs understand the most basic elements of forming bonds with other creatures.

Dogs are pack animals by nature. They have a natural instinct to trust other members of their pack, in this case you and your family members, and they also have a natural instinct to be wary of untrustworthy pack members. If you mistreat your dog or do not provide constancy in your routine and training while he is a puppy, you may lose his trust from the beginning and never be able to fully win it back.