Home How-To How to Overcome Fear of Dogs: Cynophobia in Adults and Children

Do you get nervous around dogs? Have you been wondering how to overcome fear of dogs? You're not alone. With the growing pet population, many people have begun to think of their fear of canines as a burden. It's hard to go anywhere without seeing a dog these days. 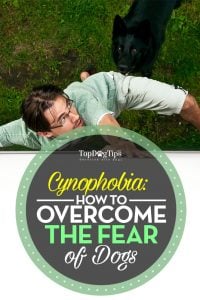 A recent ​statistic​ released by the American Veterinary Medical Association, indicates that there are over 40 million households in the United States alone that have dogs in them. In the UK, nearly ​one in four households include a pet dog as a part of their family. Neither​ figure accounts for shelter animals or strays in their estimations.

What that means is, there are a whole lot of dogs running around out there. While many people clearly love dogs and others may be ambivalent toward them, the sight of a dog can cause a great deal of anxiety for someone with cynophobia, the clinical term for ‘fear of dogs’.

Although phobias are generally defined as being “irrational” fears, it’s not too hard to see why a dog might be intimidating. They’re often large, strong, have sharp teeth, run fast, and growl menacingly. If someone has been bitten by a dog, then being afraid of them is even more understandable.

Considering the prevalence of dogs in our parks, on our streets and even in some of our stores, having a paralyzing reaction to them can turn an everyday errand into a difficult chore. Learning how to overcome fear of dogs will ease anxieties toward canines and may even eventually transform fear into adoration.

How to Overcome Fear of Dogs: Cynophobia in Adults and Children 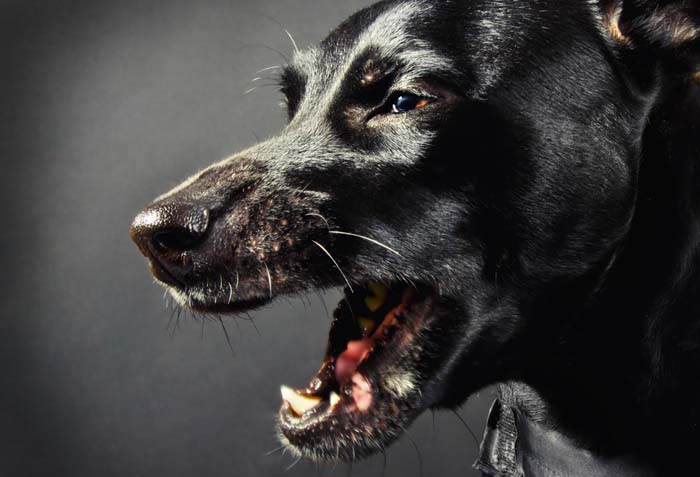 A very important first step to lessening a fear of dogs is learning about them, as we often fear what we don’t understand. There are a few characteristics in particular that it can help to know about.

Dogs communicate with more than just verbal cues. They send messages primarily through their body language. Figuring out what a dog is saying with his posture, the position of his tail, and his facial expressions can help you to determine if he is in a friendly mood or an aggressive one.

There are a number of handy charts and guides focused on canine body language that can be found online. These are great tools! Two nice examples include:

When are dogs typically aggressive?

Even normally well-­behaved dogs can become dangerous in certain situations. If you have the advantage of knowing the dog’s owner, it’s easier to discover when the best and worst times to approach the dog might be. If not, it helps to know a few general situations which might make a dog more aggressive or defensive.

1.Nearly every female dog will get defensive when her pups are involved. Even though they might be adorable, don’t approach a dog or her puppies without the dog’s owner or other responsible party present. Don’t let children pick up puppies either. If the little balls of fur are just too irresistible, have the owner bring you a puppy to hold, preferably when the mother is in another room.

2.Dogs have a natural inclination to protect their territory. This is why certain breeds are so popular for use as guard dogs. But even small dogs can get defensive when strangers near their home. For this reason, it’s never a good idea to enter a yard or home where a dog lives without his owner around, unless you know the dog very well.

3.Another well­-known behavior in dogs that can lead to a risky situation is called “food aggression.” As with the two points above, this is a very natural condition and it must be trained out of dogs who have it. For those with cynophobia it is best to refrain from approaching a dog who’s munching away on a bowl of food or a tasty bone, even if the owner says that he does not become aggressive when he has food.

4.A sick dog can be just as dangerous as a mother dog can, if not more so. When a dog is suffering from an illness or an injury, he is more likely to feel threatened and afraid. If you see a dog that looks unwell or diseased, it may be a good idea to pick an alternate route that doesn’t take you into contact with the animal.

When you’re in a safe location, take a moment to contact someone who has experience dealing with dogs and ask if they are able to help the animal. A local animal rescue may be able to safely handle the dog and get him the attention he needs.

RELATED: How to Deal with Dog Aggression Without Training Collars

The proper way to interact with dogs 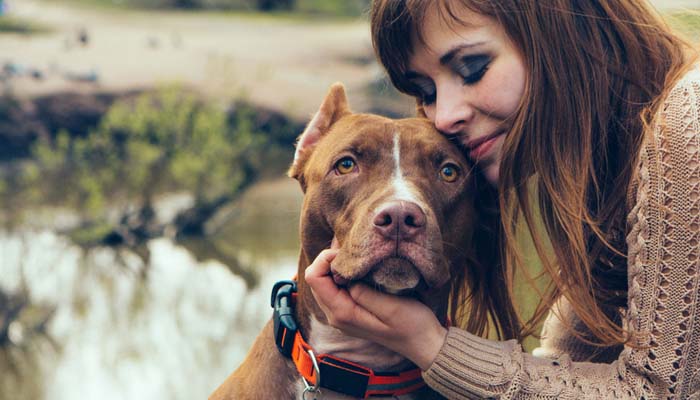 Now that you’ve armed yourself with some vital bits of knowledge, the next stage in how to overcome fear of dogs is to learn how to interact properly with the species. There are several options here that can help you get used to being around dogs by taking small steps.

One great resource can be a dog owner that you already know. Choose someone who has good control over their pet. Here are a couple of questions you might ask yourself when observing their interactions:

When given a command, does the dog obey immediately, or does it take a few repetitions?

If it takes several times for the dog to perform the command, he may not yet be fully trained. While there are several reasons why this could be the case, ­ the dog could be new or very young,­ a dog who doesn’t obey quickly may not be the best choice to help you.

How does the dog react to new people? Does he cower and back away when he's approached in an unaggressive manner?

If so, this could be an indication that he's been abused in the past (not necessarily by the current owner) and that he has a difficult time making new friends. You may want to find a dog who is more comfortable with people to interact with, at least initially.

RELATED: Sunday's Recap about How to Get Over a Fear of Dogs

If you are unable to identify anyone who has a dog that you feel comfortable spending a little time getting to know, you can contact non­profit groups in your area.

Many rescues and shelters will let you spend time with individual dogs, while the two of you are supervised. You could also offer to volunteer in a capacity that will put you in safe proximity to dogs on a regular basis.

Many neighborhood parks have special fenced ­in areas  where people can take their dogs for exercise. If such a place exists near you, you may decided to go and observe from a safe distance until you feel comfortable approaching.

Ultimately, you are the one who should decide how you proceed in how to overcome fear of dogs. Decide what pace is good for you and practice the coping techniques you learn regularly. Employ a professional, if you want expert advice tailored to your specific fears.

Becoming familiar with dogs can be very rewarding and even therapeutic. With a bit of education, repetition, and courage, you’ll be playing fetch with our four­-legged friends in no time!