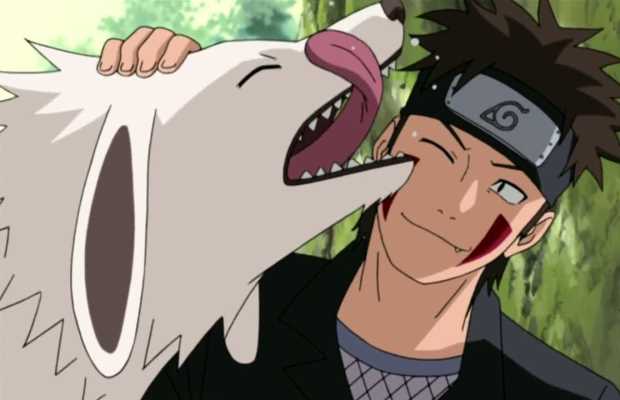 Dogs have been popular in Western and Asian animation for as long as this medium has existed. Dogs in anime (Japanese style of animation) continue to draw in the viewers as the number of pet owners who are also big fans of anime increases.

For the below list of most awesome dogs in anime, we went ahead and researched which dogs anime fans seem to love the most. Majority of choices were not surprising, coming from some of the most popular anime shows. Others, however, were very interesting picks!

10 Most Awesome Dogs in Anime 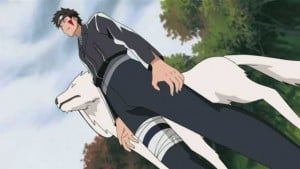 You’ll never meet a pair that is more loyal to each other than a ninja and his dog. Isn't that right?

Kiba’s dog is able to track enemies no matter how far they go and can perform a ninjutsu that transforms Akamaru into an exact duplicate of his master, giving Kiba twice the prowess in a fight against his enemies. You want even more awesome? Try Akamaru combining with his master to create a two-headed wolf beast that can crush enemies under its paws. 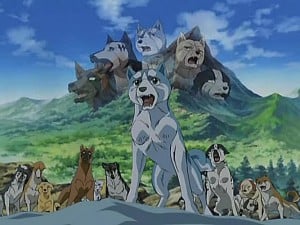 Gin the Akita Inu earns top spot on this list for doing what is so rarely done in anime with dogs – being the protagonist of his anime.

Despite being just a pup, he rises to the challenge when he discovers a group of wild dogs looking to challenge a rabid bear named Akakabuto, even leading the final battle against the powerful bear.

Gin’s anime can be hard to find in one piece in the United States, but is a rare find worth watching if you’re a dog lover. Gin’s determination and guts for a young dog make him worthy of starring in his own anime. 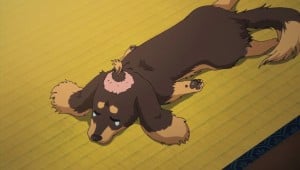 Have you ever had a book series that you just had to read so definitely that even the afterlife couldn’t keep you from it?

Kazuhito Harumi is a high school student with just that determination. Why does he make it onto a list of dogs? Because when he risks his life to save someone before finishing his favorite book series, he is given a second chance and reincarnated as a dachshund, who is then adopted by the very person he saved.

As a human, Kazuhito proves himself to be a hero in this anime, and that quality continues into his life as a dog, as well as his determination to read the final book in his favorite book series. 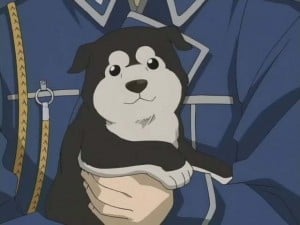 Black Hayate may have been trained by his master in a rather unorthodox way, but he is still one loyal and obedient little pup.

Black Hayate's master is the awesome Lieutenant Riza Hawkeye, and Black Hayate fulfills his duty as a military dog admirably, defending his master through all the enemies they face, whether they wield guns or powerful alchemy.

Like Gin, he is just a young dog in this anime, but one who rises to the occasion no matter what, where, who or when. Anybody would love to have Black Hayate by their side if such a dog existed! 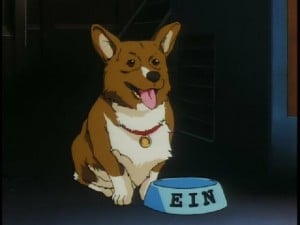 Ein is an under appreciated pooch in this anime but widely popular with fans of the show.

Ein's skills and contributions often go unnoticed by the main crew, but here he will get the credit he deserves. Ein is a genetically enhanced dog with the ability to speak through his owner, a crazy girl named Ed. He can also do many things regular dogs can’t, including hacking websites, manipulating other animals, and playing board games.

Wouldn’t you want a dog who could beat you at a game of shogi? Either way, this is one anime to watch out for if you're a fan of the medium and a big lover of dogs. 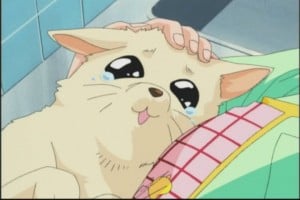 There’s no arguing that Excel Saga is a strange anime, which is why Menchi – the dog – looks more like a cat.

Menchi is a dog that somehow manages to survive throughout the entire show, despite her owner thinking of her usually just as “emergency food rations.” She is self-reliant and a genius compared to her owner and not only is able to escape from her master but goes on adventures of her own.

As a dog, Menchi even sings (or barks) the song that plays during the ending credits of the anime! How many dogs get to brag that they’ve done that? 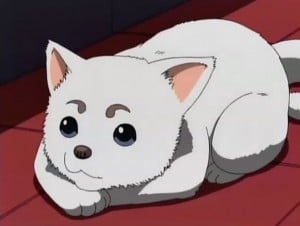 Easily the largest dog on the list aside from Akamaru’s wolf form, Sadaharu is not just a dog, but a dog god in the world of Gintama.

Owner of an amazing dog name, Sadaharu is as tall as a human when seated and much larger than one otherwise, often crushing human characters under his own weight. When he’s not tormenting the other characters of his anime by biting their heads until they bleed, he’s off saving the world, literally, from invading alien cockroaches.

I did mention that Excel Saga was a weird anime, didn't I? Don't let it scare you, however; and if you're a big fan of both – dogs and anime – this is easily one of the better choices on this list because of the dog character alone. 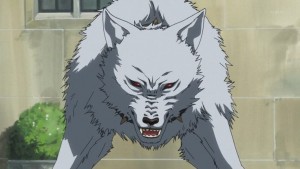 Pluto is low on the list only for the reason that he is not truly a dog, but a demon hound who also maintains a human form.

However, even as a human, he retains many dog-like qualities which qualify him for a list of the best anime dogs. He is a fierce hound with not much fondness for humans except for his master, even showing jealousy the moment his master shows any attention to cats.

Nonetheless, if you watch the anime, you won't be able to help but cheer for Pluto during all this ventures, and hoping that even as a human he is able to defeat the challenge. This is a great anime choice for any dog owner! 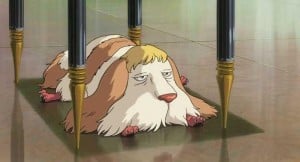 Have you ever wanted your own errand dog?

That’s what Heen is for Madame Sullivan, along with other jobs such as being a spy, though he may not be the best at that one. He seems to know who the true heroes are and when it all comes down to the line, his loyalties lie with those who deserve it most.

In the anime movie, he is a helper, a spy, an escort, and shows the capability to be many more things – as long as you’re the hero of the movie. Wouldn't it be amazing to have a dog like that? Not that anybody's complaining about their current pooch here. 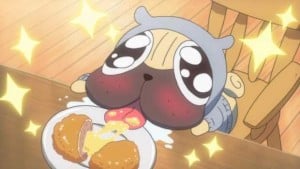 Weird? Check. Has a dog hoodie? Check. Tongue always sticks out? Check. Funny? Check. Is that a pug? Most likely.

Going from the awesome to the adorable, Guts from Kill la Kill is an eating machine and source of comedy relief in an anime that will have you torn between gazing in awe and laughing your butt off.

He is a little pug who is owned by the Mankanshoku family and loves to steal food off the dinner table if you turn your head for even just a moment. He may be distractible and not the best-behaved, but he is always well-intentioned and did I mention extremely cute?