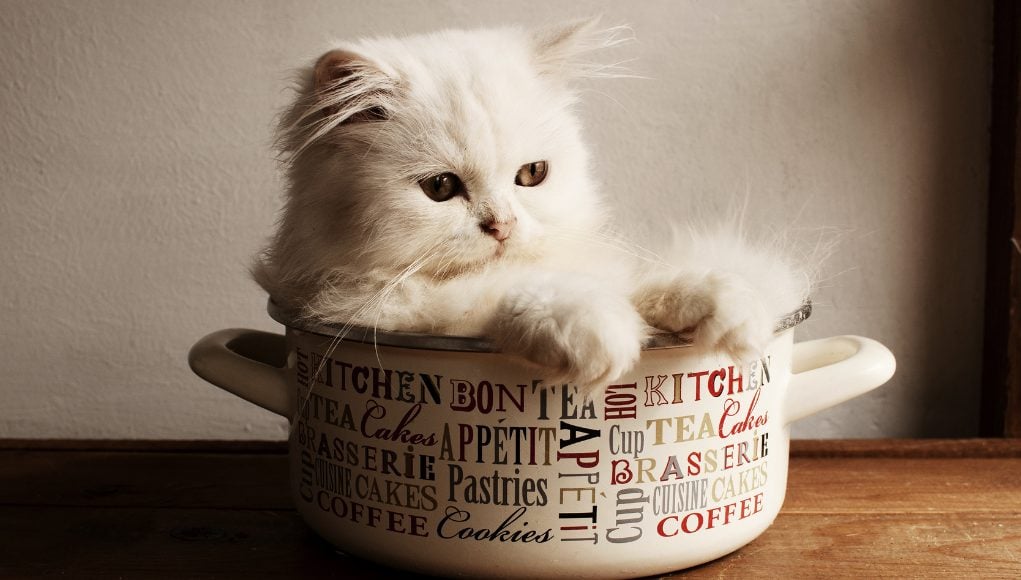 Did you know that the Ragdoll is the most paw-pular cat breed of 2020? So if you want a fluffy companion who vibes along, the large and cuddly Ragdolls are for you.

This lovely breed is known for its mellow personality and gentle blue eyes. They're notable for their temperament, described as docile and soft.

A Ragdoll's nature makes it fit as an indoor and companion pet, but don't let the large size intimidate you! More often, you'll find this cat breed happy and warm in your arms for a wanted cuddle session.

This article will discuss all you need to know about Ragdoll cats, including their personality, physical features, and health.

Who knows—maybe this cat is the one you're looking for all along? 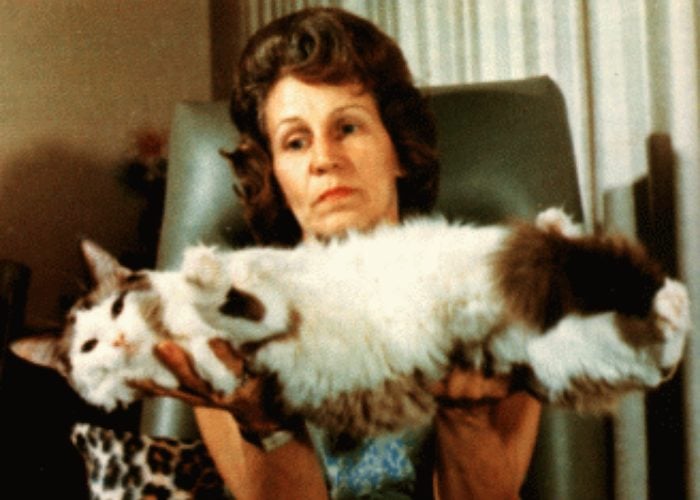 Ann Baker, an American cat breeder, created the Ragdoll cats around the 1960s. She wanted to make a cat with a loving personality that mirrors its beautiful appearance, thus, the birth of Ragdolls.

She eventually called this breed the Ragdolls and the cattery Raggedy Ann.

Presumably, the breed is a mix of Burmese, Birman, and Persian cats. However, a Turkish Angora named Josephine gave birth to the first Ragdoll litter.

One of the kittens named Daddy Warbucks is the founding father of the first generation of Ragdolls.

But according to records, the Ragdolls' origin is still unknown. It's because of Baker's inconsistency with her stories. 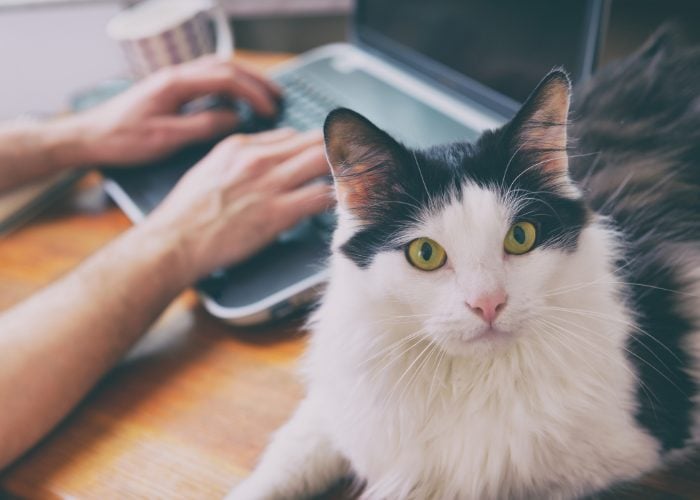 A Ragdoll usually has a dazzling white coat and beady blue eyes. Besides, their dark markings are known to be their quirk too!

These are the four main Ragdoll Cat Patterns.

On the other hand, Ragdolls have six distinct hues—red, seal brown, chocolate, lilac, blue, and cream. Let's start with the solid point colors:

Below are their markings known as Tortie points.

There are also what we call the Lynx points:

There is also a combination of the Lynx points and the Tortie points, known as Tortie-Lynx points.

In addition, Ragdolls have medium-length hair with a soft and silky texture that they can easily compare to a rabbit's fur.

Due to their coat's distinct features, you must groom them regularly to keep their condition.

Unlike other cat breeds, this breed does not have an undercoat, which lessens the reactions of people who have allergies. But this does not mean that they are hypoallergenic.

Some breeders often market them as hypoallergenic, but this isn't entirely true. It isn't by their coat that allergic reactions are imminent, but it's their saliva and secretions that trigger allergies. 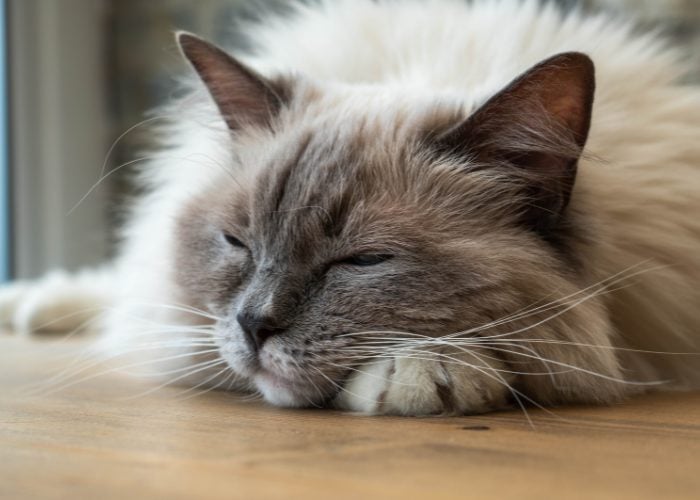 As mentioned earlier, Ragdolls are notorious for being extremely affectionate and cuddly. If you plan to own one, expect them to slip and snuggle with you every chance they get.

They are also charming, pleasant, and softhearted. Ragdolls are cuddle bugs whose loyalty may be similar to a dog's.

However, Ragdoll cats may become aggressive once they reach sexual maturity around three years old. It's because of the hormones that their bodies produce, which make them frenzy.

Furthermore, this breed doesn't care if you have a big or a small family because they're surprisingly pleasant and friendly. You do not have to worry a lot about how to mingle with them. 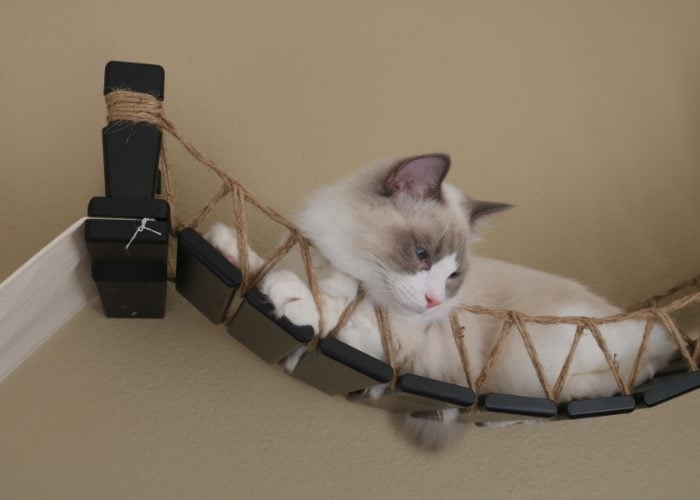 How to Train a Ragdoll

Ragdolls are naturally playful and trainable. They are more disciplined and intelligent than other cat breeds.

However, they do not trust other people quickly when it comes to training. You have to earn the trust of your cat before you proceed with training them.

As kittens, they are lively and energetic, so you must start training them around a young age. Because when they're older, they would rather spend their time sleeping than move around.

With their adaptability to most environments, these felines can be energetic and playful.

With the proper training, you can even teach your Ragdoll cat how to fetch!

An excellent way to start training them is to introduce them to several methods to kindle their interest.

Enticing them with stuff that they like is one thing, but encouraging them is another.

Ragdolls do not do well with pressure and harsh responses. Thus, you have to make sure that you are handling them with care.

The Use of Clicker Training

A clicker is a user-friendly tool that can help you introduce your cats to specific signals when training. In essence, this device produces clicking sounds which will serve as a stimulant to your pet.

Clicker training is beneficial because it is an unspoken affirmation that they're doing great at succeeding in their training. One way to use it is to discipline your naughty pet.

If they're misbehaving, try not to give them any treats. However, if they're not, associate their rewards with clicking sounds.

But if they are behaving, even if you'd know they'd get excited at anything like food, click to say they're doing great.

However, bear in mind to always click the tool short and not overuse it to avoid what we call extinction or the absence of response to the stimulus.

In general, cats do not sit well with punishments. With that in mind, it'd be best to avoid situations that will cause them discomfort and create unpleasant associations.

Never, in any way, pressure your cat to perform well—at least observe baby steps while teaching them. They can quickly pick up what you're trying to tell them, but being harsh won't give you the results you want. 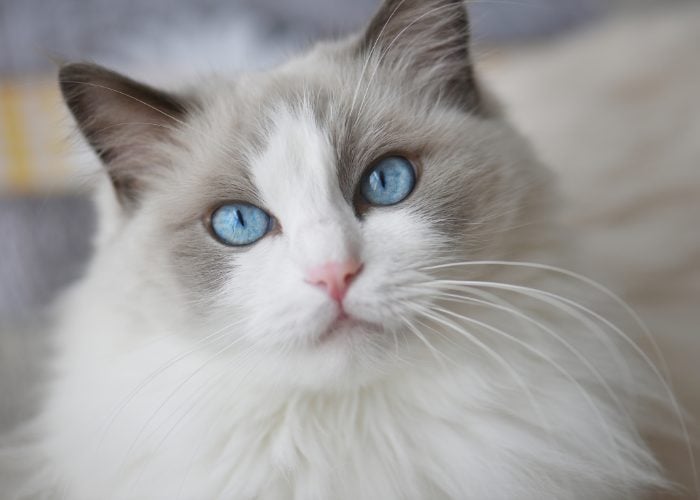 How to Groom a Ragdoll

Grooming sessions are a luxury for Ragdolls. Compared to other cats, they tend to enjoy it because of the special care and attention.

If you're planning to have a Ragdoll, you must start grooming them regularly as kittens to avoid mishaps when they grow older. Luckily, their fur does not clump and mat easily, but it may happen anytime with improper care.

As mentioned earlier, these cats do not have an undercoat. Thus, you must avoid grooming them with hard-wired and pinned bristled brushes.

In addition, bathing is not necessary for this breed, especially if they always keep their coat clean. However, when grooming a Ragdoll, you must always check for signs of lumps on their skin before brushing.

You can also clean your Ragdoll's ears by dropping a feline ear cleaner on their ears before gently massaging them. Besides, clipping their claws short is essential to prevent them from hurting themselves.

Shedding is a common thing for Ragdolls, especially during warmer seasons. 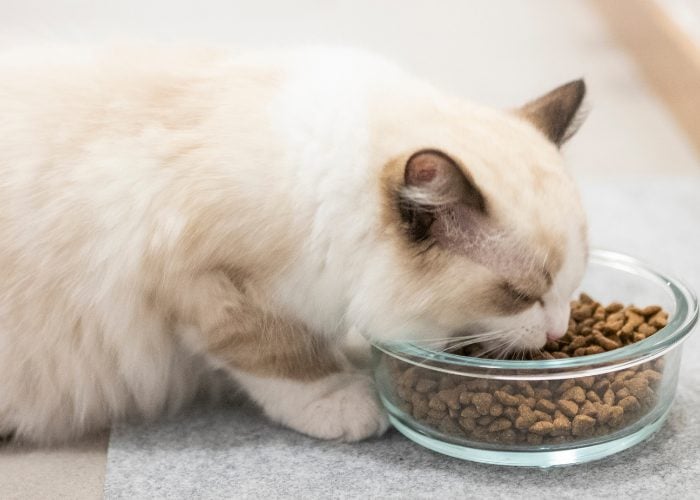 Ragdolls are natural carnivores; thus, their diet must consist of meats and proteins. However, you must not forget to give them wet food to prevent them from having excretory problems.

Introduce vitamins to your cat by adding small amounts to their food. Make sure not to add a lot because they might recognize and avoid it.

Cats are nitpicky with whatever they eat, and Ragdolls are no exception.

A favorite Ragdoll treat is a steamed white fish. They also like unsalted canned fish and raw minced beef.

Avoid leaving out food to prevent them from overeating; otherwise, they might suffer from a case of diabetes or obesity.

Try working with your vet to create a balanced diet appropriate for your cat's age and energy exerted daily. 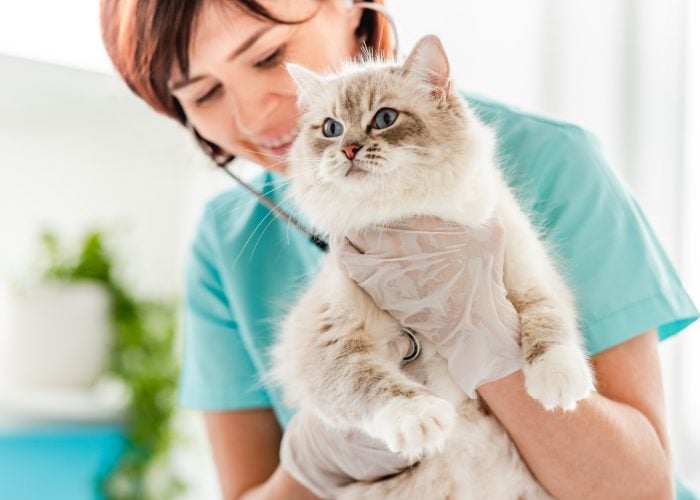 To avoid bladder stones, encourage them to drink lots of water while feeding them at the same time with high-quality food.

In contrast, Hypertrophic cardiomyopathy is worse due to its genetic nature. Check your cats with your local vet if you must!

As large breed cats, Ragdolls also suffer from weight issues associated with their sizes, such as obesity or diabetes.

While fluffy fat cats may be cute, that does not mean they're healthy. Help them maintain their normal average weight by monitoring their diet.

On the other hand, Ragdolls usually mature by the age of four. Their estimated lifespan is at least thirteen to fifteen years and could stretch for more.

Ragdolls are a special breed of companion cats.

If you plan to adopt a Ragdoll, look for a trustworthy breeder who takes care of healthy and energetic litters.

Furthermore, determine your finances, budgeting, lifestyle, and time management to see if you could get a ragdoll. Providing high-quality food, regular health trips, grooming, supplements, and other necessities should be equated to know if it's affordable and budgeted.

Ragdolls have longer life spans compared to other cats. Consider your long-term situation for the next 15 years before you plan on adopting them.

If taken care of properly, expect your Ragdoll to be around for a longer time.

READ NEXT: The Costs of Cat Ownership 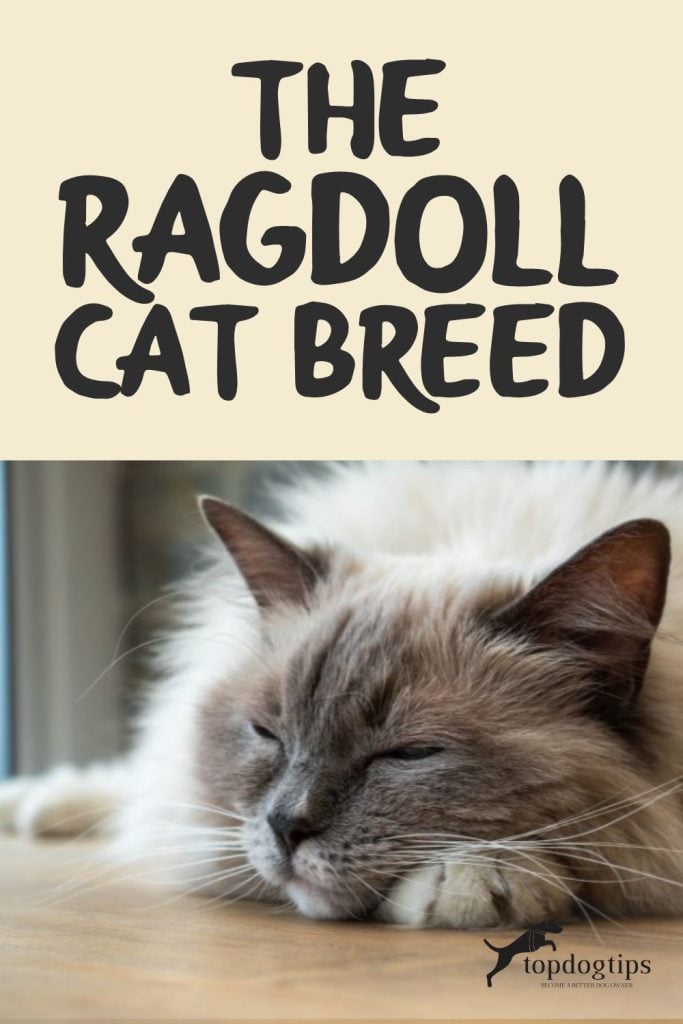