Living with a dog that has a problem with separation anxiety can be challenging. It is not rare that dogs develop destructive behavior and even become self-destructive. They will destroy furniture, ignore food, and urinate all over the house when they stay alone. The dog does all that when they fear that the owner wants to leave them forever.

Previous research has proven that majority of dogs are susceptible to separation anxiety as well as other forms of this condition. Further studies observed that these anxiety related problems are breed-specific. And the most recent 2020 study found that genes play a huge role in how anxious the dog gets, and how they cope with such anxiety.

The breed of each particular dog will affect the way that dog can and will deal with solitude until the owner comes back home. Sometimes, knowing the breed's common instincts and habits is not enough, given that dogs have their own personality, and each of them responds to separation in their own individual way.

Therefore, it is not unusual that some dogs get used to the current situation of solitude very quickly and remain calm and comfortable. Other breeds, however, require a lot of training at the very least before accepting the occasional inevitable separation with the owner.

2. Avoid Spending Every Moment with the Dog

Prevention is better than cure. Therefore, the owner needs to prepare the dog for lonely hours from the very beginning – get them used to solitude. Once the adopted puppy or adult dog comes to their new home, they need to understand that sometimes it is necessary to spend some time on their own.

If you allow your pooch to be by themselves for a while, and make this a part of daily routine, this will prevent majority of future problems with separation anxiety. It can take just a few minutes in the beginning. Over time, it is necessary to extend this time of solitude gradually until your dog gets used to being alone when necessary.

3. Train the Dog to Stay Alone in the House

Further to the above, the best way to start this type of solitude training is with small requirements. In the very beginning, the demands from the dog should include staying in a room by themselves for 5 to 10 seconds while the owner goes to a kitchen. Then, keep extending this time frame.

The first goal is for your dog to stay alone for at least 20 to 30 minutes. This regime may take several days, sometimes a few weeks, depending on the breed. After that, gradually teach your pet to be alone for at least 6 to 8 hours a day without suffering from separation anxiety and making any trouble in the house.

In the best case scenario, this practice will take days. Unfortunately, some dogs will need weeks or even months of separation anxiety training to learn that the owner won't leave them alone forever. It takes time for the dog to understand that they need to patiently wait for a period of time without throwing a tantrum until its owner comes back home.

4. Give Your Dog Their Own Safe Space

Crate training is a highly effective way to teach a dog to use a safe space to calm down while the owner is not at home. For this to work, it is necessary to buy a dog crate that's the right size, depending on how big your pup is and whether they're still growing.

After putting a treat inside the crate, some dogs will get inside to eat. Give your pup the treat one more treat as a reward once they enter and stay in the crate. If the dog refuses to go inside, you should never force it. The animal needs to make their own decision after spotting food in a crate.

Once the dog steps inside the crate, the next thing is to put food more in-depth into the crate. After that, shut the door and leave your dog inside for a few minutes. It is recommended to increase the time of staying in the crate each day gradually.

After that step has been accomplished, teach the dog to stay inside the crate while you leave the house. The vital thing is never to do anything in a hurry and suddenly. You should also never punish the dog by leaving them in the crate since it needs to be a safe place, not a space of punishment.

5. Give the Dog a Toy to Play Before Leaving

In a case of treating mild separation anxiety in dogs, dog toys can be everything the dog ever needed. There are separation anxiety toys that are specifically made for this. They will mentally stimulate your dog and hold the pup's attention while the owner prepares to leave home.

Another tip – as a temporary training tool/solution – is hiding treats all over the house, which may hold the dog's attention to spend the loneliness time hunting them instead of “grieving.” After a couple of days, most dogs will follow the owner to get the reward without any panic for being abandoned. However, you should move away from this and into other training routines after a while.

6. Exercise the Dog Before Leaving Them

The dog will accept the loneliness quicker if the owner spends some time with them before going out. The best option is to give your dog a regular everyday run, game of tug, and enough exercise for at least half an hour before separation. Once the dog is tired, they won't have enough energy to be destructive and anxious, and are likely to just sleep.

7. Change the ‘Going Away' Signals

One of the primary goals is to break the association of usual actions connected with leaving. If it is possible, using a different door while going, or putting the purse, keys, or shoes in different places can be helpful. Also, wearing a coat without leaving for 10 to 15 minutes will break the connection for the dog between dressing and going out.

Sharing affection, hugging the dog, showing them tenderness before leaving can be a solution for some canines, but could also be the opposite for others. Either way, the goal is that once the dog stays calm during the “getting ready” phase, the owner can go towards the door and leave without any worry.

Depending on the breed or individual dog, some experts recommend the opposite – avoid any emotions and saying goodbye to the dog before you leave. It mostly depends on the dog's temperament and character whether this is the right solution. Not every dog will react the same way, so not every method can be suitable for all animals in general.

8. Stay Calm When Coming Back Home

Avoid making a show out of you coming back; it must be treated as regular routine.

The owner needs to avoid making any kind of big fuss when coming back home after an absence. The best way is staying calm, quietly saying hello, and ignoring the dog until they calm down. That will show the animal that separation is not a big deal and help them get used to the being-at-home-alone time.

Training should be the first step to treat separation anxiety in dogs. However, when that doesn't work as effectively, there are some anxiety supplements that will calm your dog down. Most of them are very affordable, contain natural ingredients and are safe for dogs to consume. The best solution is to ask a vet to recommend which ones to use.

Another tool could be a diffuser plugged into the wall, such as Adaptil. It's a system that releases pheromones that resemble the environment in the womb. It is a reliable way to make the dog feeling safe, which will reduce their anxiety. Studies have shown that pheromones are one of the most effective ways in calming down anxious dogs.

Speaking of pheromones, you can also try calming collars instead of a diffuser. These work much the same way by releasing pheromones to calm down a dog. Finally, anxiety vests is another very popular solution. They work by supplying pressure onto a dog's body, which was shown in studies to release endorphins in them, and calm them down.

Below are four of the best aids to treat separation anxiety in dogs that vets recommend:

As the last, and most expensive resort to treat separation anxiety in dogs is to hire a dog walker to stay with your pooch. Hiring someone to spend some time with the dog is probably the most ideal solution for dog owners that work long hours, but it's not always affordable. The company of a neighbor, friend, family member or a professional dog walker will make a time of loneliness much more comfortable for your dog.

READ NEXT: 7 Most Common Signs of Anxiety in Dogs 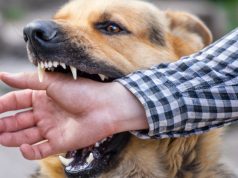 How To Treat A Dog Bite Wound 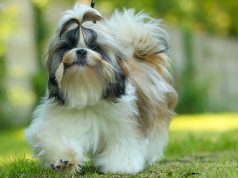 Shih Tzu Dog Breed: Everything You Need To Know 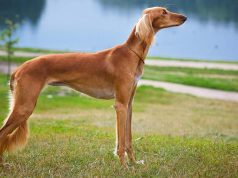 All About The Saluki Dog Breed 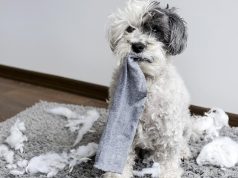 The Only Socks You Should Gift Dog Lovers This Holiday 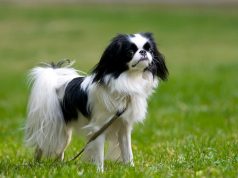 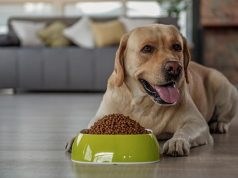 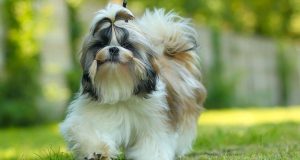 Shih Tzu Dog Breed: Everything You Need To Know

Shelly Graves - Dec 4, 2020
Shih-poos, Shorkies, Havashus, Mal-Shis, Schweenies, Shichons (Teddy Bears), and more ... they’re all mixed breeds that have become popular due to the qualities of...

All About The Saluki Dog Breed

Diana Beth Miller - Dec 2, 2020
If you haven’t seen a Saluki or know much about it, we've got you covered. This is a guide to the Saluki dog breed... 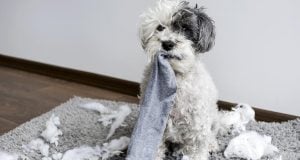 The Only Socks You Should Gift Dog Lovers This Holiday

Shelly Graves - Nov 30, 2020
If you were like most kids growing up, you were probably less than amused when you received a pair of socks as a gift....

Shelly Graves - Nov 27, 2020
Asia is a massive continent with a rich, ancient history. It should be no surprise that it is home to a wide variety of...

Diana Beth Miller - Nov 25, 2020
Dog food manufacturing regulations are nowhere near as strict as they are for human foods. However, some countries have stricter laws than others. It...

Pocket Beagle Dog Breed: Everything You Need To Know

Shelly Graves - Nov 23, 2020
If you’ve never heard of a Pocket Beagle, you’re not alone, since they are quite a rare breed. You’re also not alone if you’re...

Diana Beth Miller - Nov 18, 2020
There’s something about dogs that are all one color, with their monochrome appearance making them look so pure, majestic and regal. And when they’re...

Shelly Graves - Nov 16, 2020
A shiny black coat, whether short or fluffy, is an eye-catching trait for dogs. The way their dark eyes blend in with their coat...

Diana Beth Miller - Nov 13, 2020
Considering the fact that there are almost 50 different countries on the continent, it should be no surprise that Asia is where so many...