A Delaware woman has spent thousands of dollars and refinanced her home to look for her lost dog, finding 8 other lost dogs in the process.

On October 8th of this year, Lori Bilyou lost her dog Ozzy when he escaped the yard.

In a sad series of events, Ozzy had suffered a seizure, become disoriented, and jumped over the yard fence.

Ozzy is Bilyou’s service dog; he has been helping her recover from PTSD since she returned from a traumatic tour in Afghanistan.

There, she was a combat photographer, and had suffered a brain injury.

Since he has been gone, Bilyou has spent thousands of dollars and has even refinanced her home in a desperate search for the dog. In the process, she has found 8 other lost dogs across Northern Delaware and has returned 7 of them to their homes.

Bilyou’s 22-year old son Matthew said he never realized the extent to which Ozzy was helping his mother until now.

Bilyou gets frequent migraines which debilitate her and leave her in bed for days at a time. Matthew reports that she is reverting back to where she was before she got Ozzy, and says his mother really needs her dog.

After hitting the $7,000 mark, Bilyou stopped counting how much they have spent in the search for Ozzy.

They started by hanging up flyers.

But when that wasn’t working, they also set up dog feeding stations with cameras across New Castle County. In addition, they have purchased a cell phone strictly for Ozzy called “The Ozzy Phone.”

Bilyou said if she hadn’t refinanced her home, she wouldn’t have enough money to spend on this effort.

Matthew said that when they discussed this option, it never seemed to them like it was overly extreme. He said his mom physically needs this dog, and that they are putting forth this effort for a dog who is not only a companion, but a medical necessity.

Bilyou has fully dedicated herself to this search. She has canceled most of her doctor’s appointments for the time being, and stops only when a migraine incapacitates her.

Help From the Community

Bilyou’s search has touched the hearts of people in her community, and they have started to help.

On Halloween, residents in 38 neighborhoods passed out flyers to families while handing out candy.

Friends and family have also set up the Facebook page Bring Ozzy Home.

A fellow war vet set up a GoFundMe page for Bilyou’s cause, but tragically, they had to stop accepting donations after someone posted their page to Craigslist and said that Ozzy wasn’t real.

One man reported driving around for 45 minutes in search of a flyer to call Bilyou when he had a sighting of the dog.

The family has been asking people not to chase Ozzy if they see him, but rather to snap a photo of him and text it to the Ozzy line phone number.

There have been many sightings of dogs  – some are confirmed as Ozzy, and others are not Ozzy. But when the search team finds these other dogs, they get them home.

One dog ran away from his blind owner recovering from surgery, and another blind, deaf dog was found in the rain.

The family has been mapping out all the confirmed sightings, and believe Ozzy is making his way south, toward the Bear area.

This search has been all-consuming for Bilyou. In fact, it now means that her usual holiday traditions aren’t able to be fulfilled.

Every year, she makes pajamas for her two sons. She even did this when she was deployed. This year will be the first year her sons won’t have them.

That is a testament to how much it means to Bilyou and her family to find Ozzy and get him home.

READ NEXT: Google and Pedigree Team Up to Help Find Lost Dogs 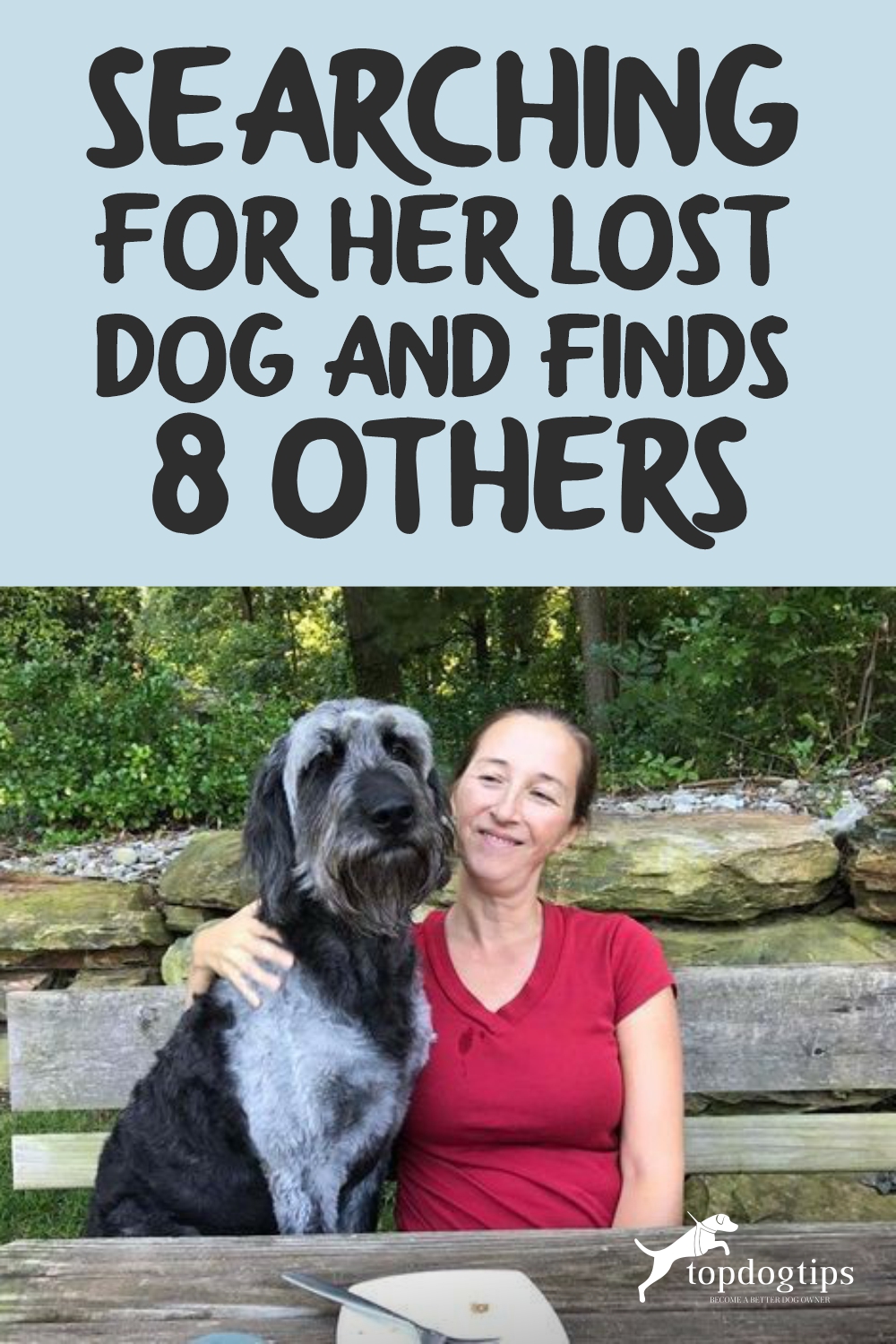