Home Opinions Dog Abuse: Let’s Fix This, One Dog At a Time 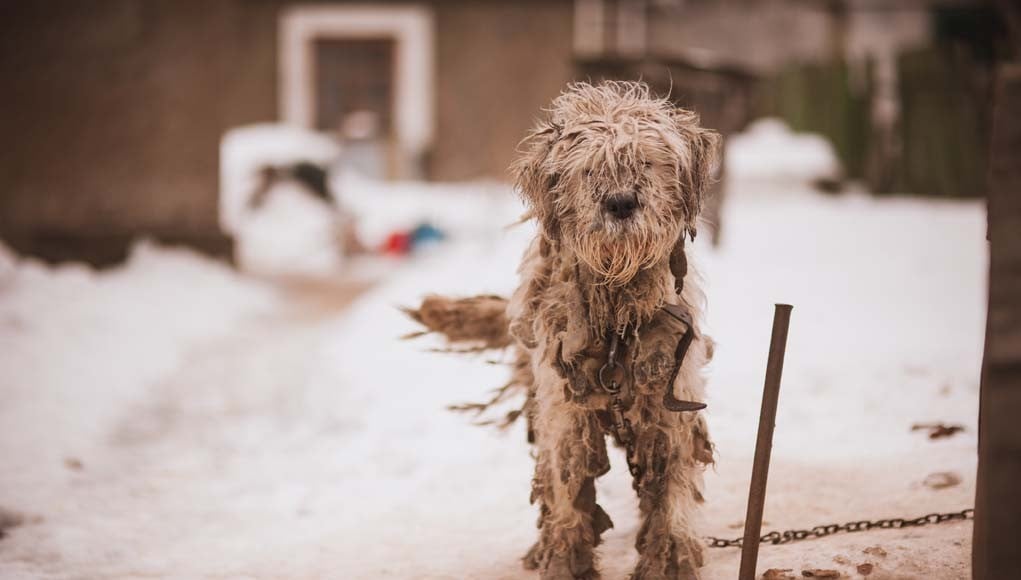 Animal abuse is one of the most heartbreaking things in the world, and dogs are the most common victims of animal cruelty. The Humane Society of the United States has compiled shocking animal abuse statistics — nearly one million animals are abused and even killed yearly, and 64.5% of all media-reported cases involve canines. Animal abuse is not limited by economic, socioeconomic, or demographic boundaries. The abuse, whether intentional or accidental, often coincides with domestic violence.

However, these statistics don’t paint the whole picture. There is a staggering epidemic of animal abuse because so much of it is unreported. Animals cannot speak for themselves, and often sick, cruel people take advantage of their silence.

The ASCPA has compiled a list of the laws of each state applicable to animal cruelty, and so has the Animal Legal Defense Fund, which reports that as of March 2014, all states have felony provisions for animal abuse. Sadly, dog abuse happens everywhere in the world. It is our responsibility, as a community of dog lovers, to fix this problem one dog at a time.

Dog Abuse: Let's Fix This, One Dog At a Time

When someone finally speaks up and alerts authorities to what they suspect is dog abuse, the response is often quick and decisive. Animals are taken away from their owners much more quickly than children are from abusive parents. Saying something if you see something is so very important. It may be the only reason an abused dog is saved. Just dropping an anonymous tip can save the life of an innocent animal.

Once the animals are taken away from their abusers, they’re given medical treatment and if possible, put up for adoption. Unfortunately, some dogs have been so badly injured that they cannot be adopted and have to be euthanized. And those that don’t get adopted may have to be euthanized also. It’s a sad but inevitable reality in crowded, understaffed animal shelters.

Adopting an abused dog means that you’re committed to helping him overcome the psychological and physical effects of abuse. This commitment is rewarding for you, your family, and the dog.

Abused dogs will likely act differently than unabused dogs. They may have behavioral problems as a result of the abuse they suffered. “Triggers” are stimuli that cause a physiological and/or psychological response on the part of your dog. If he’s been conditioned to expect pain and react aggressively when he sees certain movements or hears certain words, raising your arm, speaking too loudly, making sudden movements, and other seemingly innocuous actions could cause an adverse reaction from your new pet.

If a dog is accustomed to being treated a certain way, he may act as though the abuse is still continuing even when it isn’t. Things that wouldn’t trigger fear in other dogs may be problematic for your adopted dog. He could be very passive and fearful, tucking his tail between his legs, hunching over, hiding behind things, and cowering when people get too close

Other abused dogs may react aggressively to certain stimuli, especially if they were forced to fight. Dogfighting, a brutal and inhumane sport, relies on abusive tactics to condition a dog to become vicious. Dogs trained in that manner may still be in an “attack” mindset. 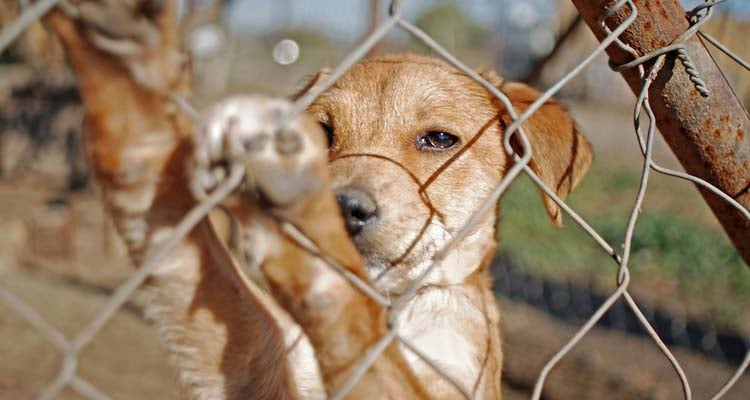 Products that will help your newly adopted dog

Because animal abuse is so prevalent, aid and assistance to owners who adopt an abused dog is offered by many individuals and companies who have studied the psychological impairments suffered by abused dogs. They have developed products to help you with your adopted dog’s behavioral problems.

Abused dogs tend to have anxiety and/or a fear of the dark, which makes it difficult for them to sleep. Bedtime Bones by Bedtime 4 Dogs contain chamomile, an antianxiety agent found in the plant family Asteraceae, which will calm your dog and help him sleep through the night. (Chamomile is often used to help humans suffering from anxiety as well.) The treats are organic and free of soy, additives, wheat, corn, and fillers.

RELATED: Bedtime Basics: Why Your Fido Needs a Dog Bed

Your dog needs to feel safe and comfortable in his surroundings, so the treat should be given in a calm, peaceful environment. A soft blanket, quiet room, nightlight, and maybe a teddy bear will be the perfect supplements to these chamomile-infused treats. A good night’s sleep works wonders for any creature, and dogs are no exception.

Quite often, loud noises such as thunder or yelling trigger a fear response in an abused dog. Antianxiety vests have been shown to relieve that fear by applying a constant, firm pressure, calming him in much the same way that holding someone’s hand comforts some anxious humans. The vest gives the dog a sense of security, which helps him conquer his fears and react less to those triggers.

Above all, an abused dog needs to feel safe. A heating pad in his bed will help him feel warm and cozy and may also help him sleep better. A heating pad can take the place of human warmth when necessary. A highly rated heating pad is the K&H Manufacturing Pet Bed Warmer. By putting this in your dog’s bed, he will have a warm, comfortable place he can snuggle up in. The heat is relaxing as well, which can calm down a nervous dog.

When buying a heating pad for your dog, make sure you are getting one made specifically for pet beds. Your dog cannot sleep directly on the heating pad. He needs bedding on top of it, which can be a fire hazard when a heating pad made for humans is used.

If you have a dog that chews, a heating pad or bed warmer may not be an option. Consider a heat lamp. Both the lamp and the cord are outside of your dog’s bed, which may help discourage chewing.

You can make a difference

A dog’s behavior changes based on his environment. While a dog who has been abused in the past may have developed certain behavioral issues because of that abuse, those problem behaviors do not have to be permanent.

Adopting an abused animal is heroic. Abused dogs need a helping hand and a voice to speak up for them, and by adopting one and caring for him, you’re changing an animal’s life for the better.