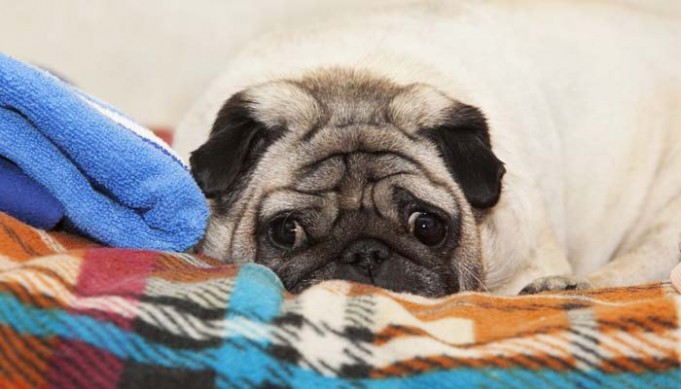 Dog scientists and psychologists have long figured out that Canis Familiaris use their ears, tail, facial expressions, and overall demeanor to make up their body language. In fact, there have been multiple studies on how dogs express themselves through body language, showing their excitement, fear, upset or any other emotions.

Learning how to know if your dog is upset can help you better understand what you should and should not do to provoke him or make the situation worse. After all, dog ownership is a two way street: you're not only getting a dog, but the dog is getting you as well. This information below should give you a better insight into understanding your Fido's emotions.

How to Know If Your Dog Is Upset? 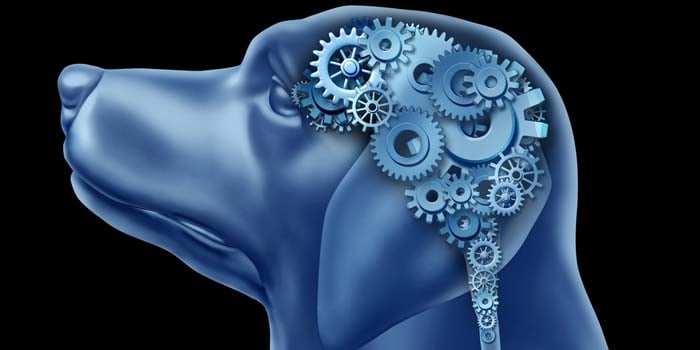 At the time of this writing, dog's body language is still being actively studied before the scientists can draw more accurate conclusions. However, over the last few decades, several studies on dog psychology and behavior have given us a good insight into how dogs behave, into how to know if your dog is upset and otherwise read your dog's body language.

One of the better studies comes from Azabu University School of Veterinary Medicine, led by the canine researcher Masashi Hasegawa, and published in the Animals scientific journal. Here's a link to the study.

How the study was conducted? The researchers had 46 dogs in this study, none of which has ever received any type of dog training. Their goal was to do short five minute training sessions and teach these canines to stand and sit when the hand-signal is given. The process of operant conditioning was videotaped for the scientists to later examine dog's behavior and specifically dog's body language. Their primary focus was dog's mouth, ears, eyes and tail.

At the end of the study, researchers have noticed specific behavioral patterns in dogs, mainly focused on the dog's tail wagging or not, his eyes going wide, closed mouth, erect ears and similar.

“Particular behaviors, including wide-eyes, closed mouth, erect ears, and forward and high tail carriage, without wagging or with short and quick wagging, related to high achievement results. It is concluded that dogs' body language during operant conditioning was related to their success rate.” – from the study

The conclusion drawn from these results is complex and open for interpretation. Some have mentioned that the study confirms dog's inclination for dominance and attention, and definitely confirms their unconscious choice for expressing body language. These results, however, also give us a good insight into how to know if your dog is upset and better understand dog's emotions.

For those interested in more details, canine scientist and psychologist Stanley Coren, who's a regular contributor to Psychology Today, has done a short overview of the above study. Here's the link to his article. He has also provided his own interpretation as to what this study can mean in terms of understanding our dog's body language and behavior:

“My own sense in reading these results is that perhaps dominance is too strong of an interpretation, and rather it might be a sign of confidence. Perhaps it is the case that the dog has grown bolder now that he has figured out what you want him to do. Having “solved” the technique to get some rewards in this situation the dog becomes a bit pushy since he wants you to get on with the training session so that he can earn some more treats. Of course this would be consistent with the interpretation of canine body language during training which I got from that very perceptive dog trainer some years ago.” – Stanley Coren, PhD, via Psychology Today 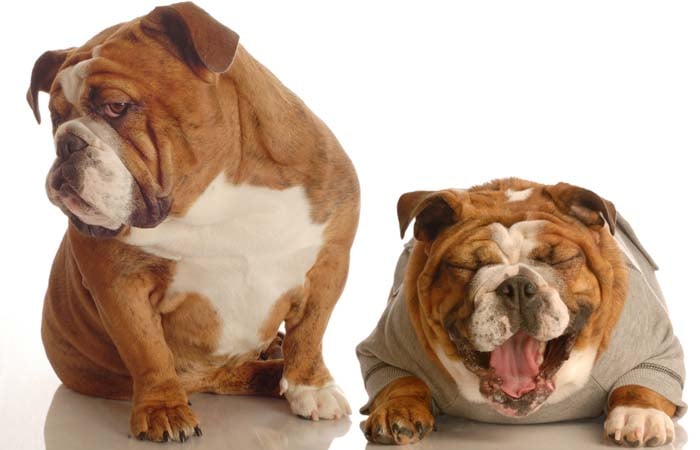 When a dog’s eyes appear larger than normal, it is an indication that he is feeling threatened and upset. Likewise, a dog that stares directly at you with a tense look on his face is clearly upset or stressed about something.

RELATED: Ways Dogs Communicate Their Sense of Humor According to Science

A dog’s natural instinct is not look into another dog’s eyes because it is seen as a threat. If you are in close proximity to a dog whose eyes are fixated on yours, it is best to slowly move your gaze elsewhere. Looking away is a sign to a dog that you do not want to appear threatening.

Another sign that a dog is upset is if they look at you out of the sides of their eyes and you can see a lot of the white of the eyeball.

Obviously a dog that is barking, growling, or raising his lips is upset, but dogs do a lot of other things with their mouth to show signs before it gets that far. Canines that are upset will typically have their mouths closed and their lips may curl up in the corners.

They may also purse their lips in an aggressive pucker, which is usually paired with a wrinkled forehead. This is a sure sign of aggression and if you see this, you need to keep as much distance between you and the dog as you can.

RELATED: Why Some Dogs Dislike Men and What To Do About It

If you are confronted by a dog that lifts his lips to expose his teeth, that is a good sign that he doesn’t want you to come any closer. He may also pull his lips up vertically to show off his front teeth while wrinkling the top of his muzzle. 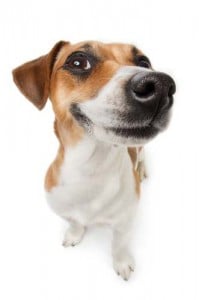 Depending on the size and shape of a dog’s ears, you can understand a lot of the body language that he expresses with them. Some dog’s, like Basset Hounds, have long droopy ears that may be a little harder to control, but dogs with smaller ears are able to say a lot just by the way they position them.

If a dog is relaxed and comfortable, he will hold his ears naturally. When he’s alert you’ll notice him holding his ears up and directing them toward whatever he is interested in. Do not mistake this for aggression, it’s simply curiosity.

Raising the ears up and forward can be a sign of aggression. Similarly, if the ears are completely flat against the dog’s head he is upset about something and it is best to back away.

Take a look at your dog's tail

Most people assume that a wagging tail is a happy tail, but that isn’t always the case. Usually when the tail is held higher than normal it is a sign that a dog is upset by something.

It may just be that he is alert to a noise or something he saw, but it can also be one of the first signs of aggression. A stiff, rigid tail is another sign that a dog is upset, and sometimes he will move it back and forth, but it will stay rigid the entire time.

You should also be wary if a dog’s tail is tucked up tight under his belly. That is typically a sign that the dog is scared or afraid of something, but it definitely shows that he is on edge. Canines can go from scared to angry very quickly. 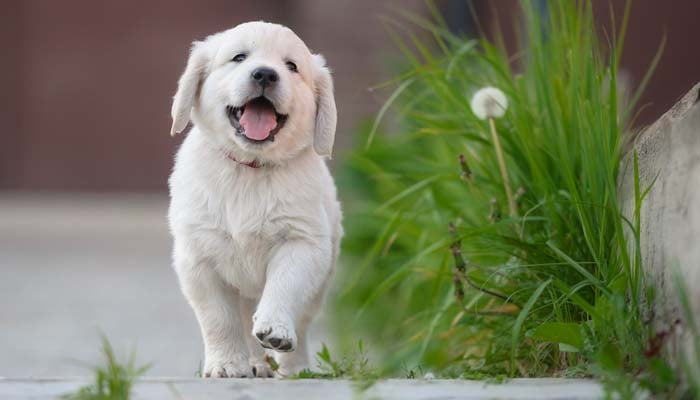 What about your dog's fur?

Another common sign that a dog is upset is when he raises the hair on his back and his posture becomes stiff. Piloerection is the technical term for the raising of the fur to communicate.

Typically a dog will raise the hair on his withers, the place where his should blades meet, first. Dogs can raise the hair along their entire spine, and the more hair they raise, the more upset they may be.

Although they can be subtle, it is usually fairly easy to read the signs that a dog is not happy with you, and you should always be paying attention for early warning signs if you are around a new dog.

RELATED: Do Dogs Have Feelings and Experience Emotions?

The best thing that you can do when you notice any of these signs is to give the dog plenty of space. Some people believe that a dog may just need to smell them or he just needs a pat on the head, but forcing yourself on a dog that is clearly upset could lead to a very bad situation.

If you notice any of these signs it would be best to look away from the dog’s gaze and back away slowly. Dogs are dominant creatures by nature, and if he thinks you’re being submissive, he’ll usually leave you alone. Understanding the canine body language that will help you learn how to know if your dog is upset could save you from unwanted issues in the future.