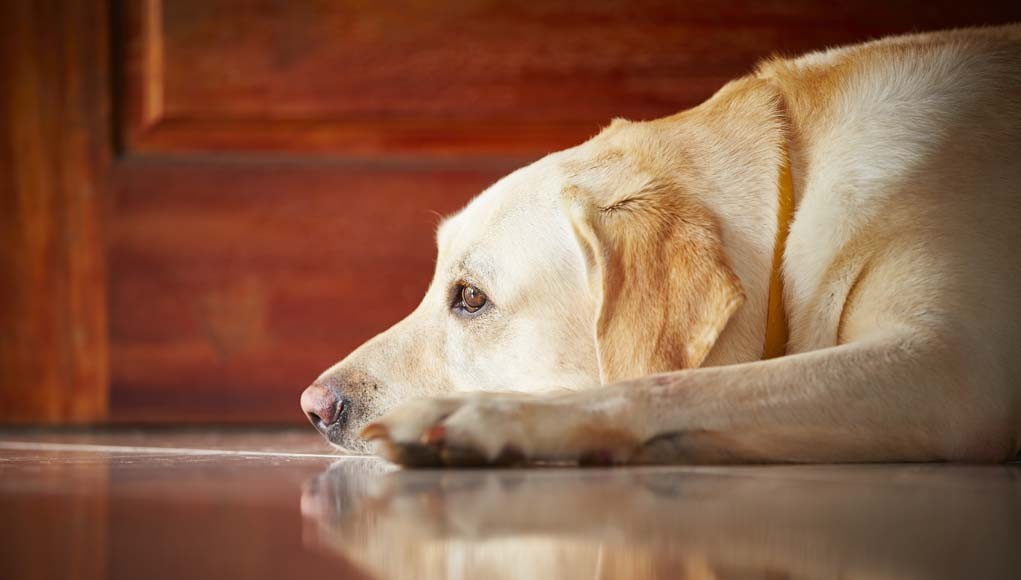 While psychological discomfort and ailments, particularly anxiety, are often thought to be limited to humans, that’s not the case. Dogs can suffer from anxiety too. Anxiety is defined by veterinarians on PetMD.com as “the anticipation of future dangers from unknown or imagined origins that result in body reactions normally associated with fear.”

For humans, anxiety can result in panic attacks, hyperventilation, gastrointestinal distress, trembling, and excessive sweating. Dogs express anxiety in a slightly different way. Because dogs don’t have the range of expression that humans have, dogs tend to show their anxiety in inappropriate or inexplicable behavior.

Some anxiety is common in dogs due to outside stressors that alarm them. Extreme anxiety, however, usually manifests itself in inappropriate behavior. If the inappropriate or inexplicable behavior is chronic, long-lasting, and consistent, suspect an anxiety problem.

Anxiety can be expressed by defecation and urination in inappropriate locations, barking, vocalizations such as whining and growling, and destroying property, usually what they can tear or rip. Destructive behavior is common in anxious dogs because the excess tension that has built up must be released. An anxious dog may hide or avoid interaction with humans and other dogs.

Fearful dogs tend to tuck their tails between their legs, hunch over slightly, tremble, and act very passively to the point of appearing lifeless. If a dog is panicked, he may try to bolt, run around pointlessly and maniacally, or become extremely defensive. A panicked dog is likely to injure himself and maybe you. It’s not personal. A dog lashes out because he’s afraid. It’s a cry for help.

RELATED: How I Help My Dog Deal With Separation Anxiety 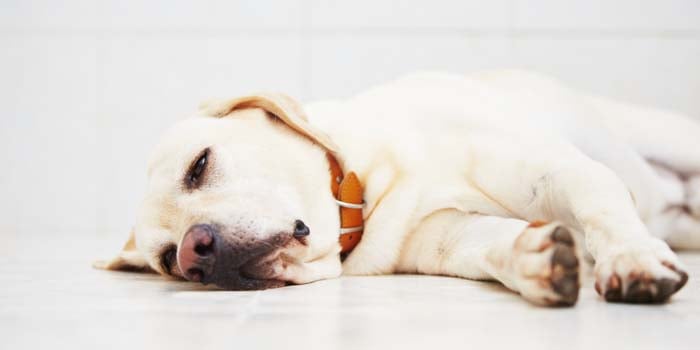 Causes of anxiety in dogs

Your dog is at risk for anxiety depending on his environment, chemical makeup, and breed type. Though other factors play a role in doggy anxiety, those are the most common causes.

The environment in which an abused dog lived prior to coming to live with you may have made him fearful and aggressive. If a dog is accustomed to abuse, he may continue to feel threatened even when the abuser is no longer present.

Just like with humans, anxiety can be a chemical issue. An anxiety disorder can arise from an imbalance of neurotransmitters (chemicals that allow brain cells to communicate with each other) in the brain, which can cause anxiety that results in inappropriate behavior.

Certain breeds are more prone to anxiety, including chihuahuas, Australian shepherds, retrievers, sheepdogs, and cattle dogs. However, anxiety is not limited to breed type. Any dog can have a problem with the disorder.

Dog anxiety tends to begin between one and three years of age. However, older dogs can also experience anxiety, typically in the form of separation anxiety, as their brain processes slow and they become more fearful of common situations such as you leaving for the day.

I think my dog has an anxiety problem — What should I do?

Call in the professionals! Your veterinarian is the place to start. Anxiety can be a symptom of a disease, and he will be able to rule out physical causes such as thyroid disease or a brain tumor. If it can't be attributed to a physical problem, your vet can discuss options for treating your dog for his anxiety.

However, if you're positive that your dog's anxiety is something insignificant and that you can deal with at home, you can try using some of the best dog anxiety medications to treat this problem. Alternatively, many pet parents opt for dog anxiety vests that keep our canines calm almost at all times.

Absolutely do not punish your dog for being anxious or nervous. Do not under any circumstances yell at your dog or reprimand him for his anxiety. Just like yelling at a human to stop crying never works, berating your dog will only make the situation worse.

Do not give your dog treats when he is having an anxiety attack. He may think he's being rewarded for his inappropriate behavior, possibly making it difficult to tell whether he is actually anxious or is displaying the anxious behavior to get a treat. 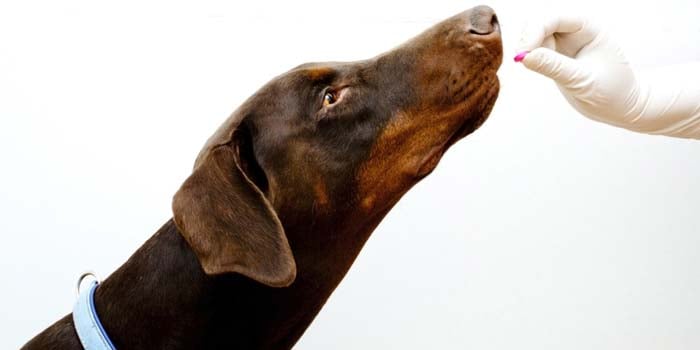 Your vet will probably recommend certain behavioral methods to ease your dog’s anxiety. The behavioral tactics he recommends depends on what triggers your dog’s fear.

He may suggest giving your dog an anti-anxiety medicine. The most commonly prescribed medications are clomipramine (Clomicalm), fluoxetine (Prozac), and acepromazine (PromAce, Aceproject). These are all prescription drugs, which you will have to get from a pharmacy.

Clomipramine is especially useful for treating separation anxiety. It works like an antidepressant by boosting levels of serotonin, which is a brain chemical that can cause adverse mental reactions when depleted. Clomipramine reduces symptoms of anxiety such as barking, destruction, and incontinence.

Fluoxetine, commonly used for depression, is also a serotonin booster. It helps reduce obsessive behaviors based in anxiety. Anxious dogs can exhibit compulsive behaviors such as licking, biting, chasing their tail, or other patterned behaviors that are dangerous when done in excess.

Acepromazine is stronger than the other two and is used in severe cases. It has a sedative in it that helps control dogs who experience anxiety at levels that make them a danger to themselves or others.

There are many more antianxiety drugs your vet can prescribe, but these are among the most common. Treatment typically lasts several months, and in very serious cases — dogs who are at risk for hurting themselves — your dog may need to be hospitalized until the medication reaches a level in his blood that is effective against anxiety.

Having an anxious dog is never fun, but with the right medicine and behavioral training, anxiety can be controlled and your dog can live the normal, happy life he deserves.

READ NEXT: Interview on How to Deal With Separation Anxiety in Dogs